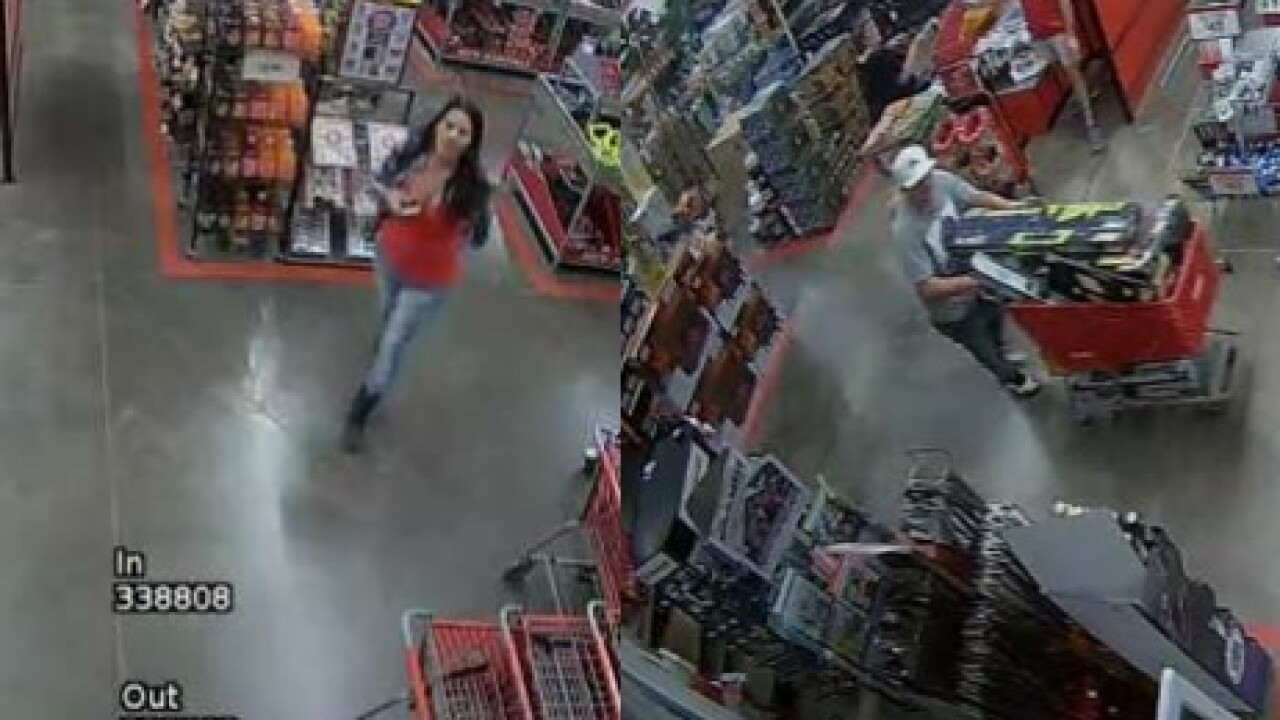 SCOTT, La. - Help from the public is needed in identifying two suspects who were observed taking baskets full of items they did not pay for from a local business.

The Scott Police Department was able to obtain these pictures from the business surveillance system as two of the three subjects were leaving the store, according to police. They were last seen on November 21, 2019, at 5:20 pm near the Destination Point area, just north of Interstate 10 in Scott.

Once the two male subjects obtained the items from the store, all three entered an unknown vehicle and left the area.

If you can help identify these subjects, contact Scott Police Department Criminal Investigations Division at 337-889-5105 or Lafayette Crime Stoppers at 337-232-TIPS. All callers can remain anonymous