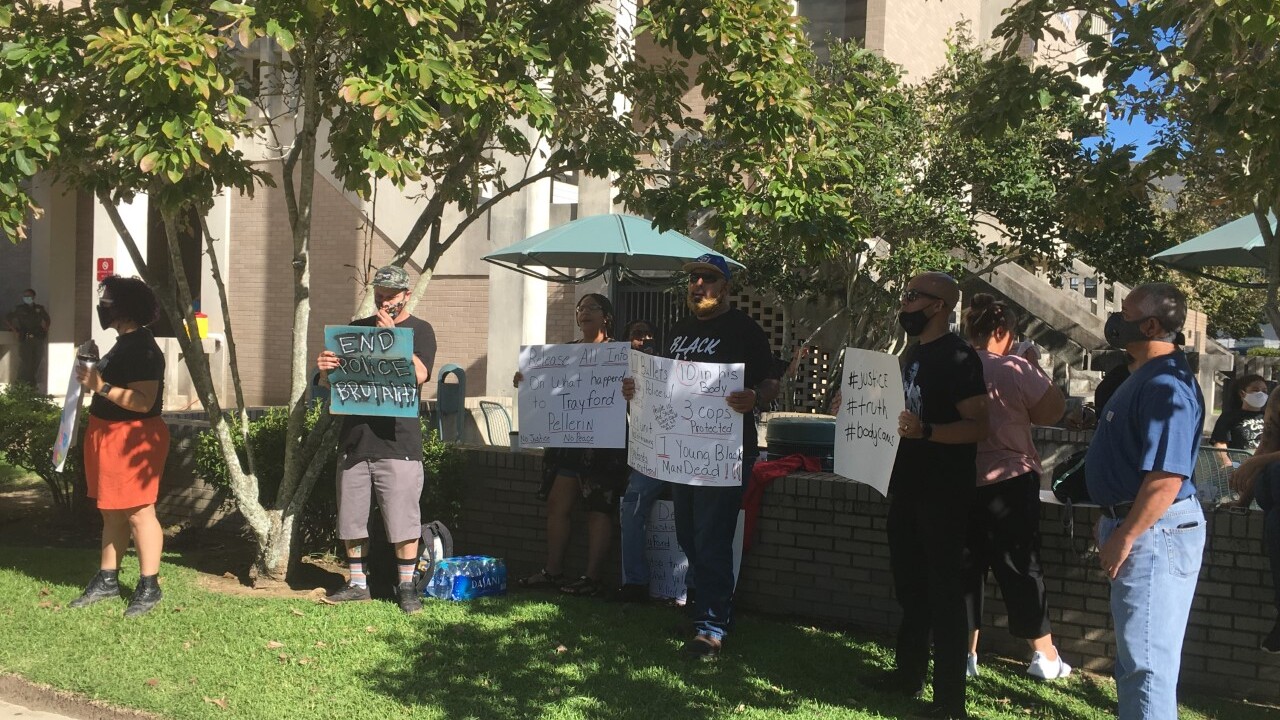 Protesters gathered outside the Lafayette Parish Courthouse as a hearing on the Trayford Pellerin investigation gets underway.

That hearing is on the Temporary Restraining Order and the motion to intervene over body cam footage and officers' identities.

The TRO was filed Tuesday September 8 by the counsel for the individual officers involved in the incident and prohibits the release of information related to the shooting death of Pellerin and the identities of the officers involved.

KATC, The Advocate and The Daily Advertiser have filed a motion to intervene in the court case involving a temporary restraining order that would block the release of records detailing the fatal shooting of Trayford Pellerin by the Lafayette Police Department.
The petition was filed Friday in the 15th Judicial District Court to dismiss the TRO and the accompanying lawsuit in opposition to both plaintiffs and defendants.

On Monday, The City of Lafayette asked the court to end the restraining order on the body-cam video, saying that it's not public record but the city wants to show the video to Pellerin's family.