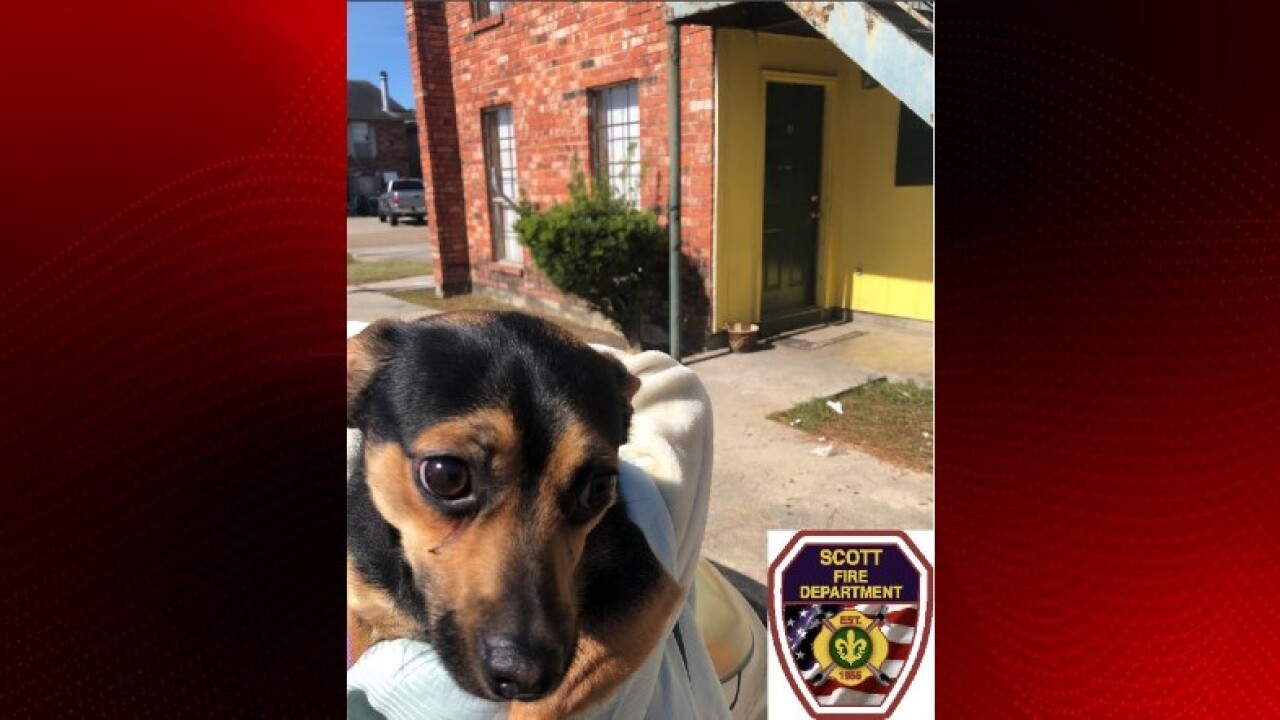 A dog was rescued from an apartment on Tuesday after firefighters responded to a commercial fire at the Ile Des Cannes Apartment Complex.

Firefighters say they responded to the call on Tuesday, November 12 of smoke emitting from a downstairs apartment.

Once on scene, firefighters gained entry into the apartment and found the kitchen and living room filled with smoke.

A dog was found inside a kennel in the living room.

The animal was quickly removed from the home as firefighters investigated the cause of the smoke.

An unattended pot left on the stove was found to be the source. It was removed and no additional sources of fire or smoke were found.

Once cleared, firefighters say the occupant and dog were allowed to return.

The apartment received minimal damage and firefighters say the dog was uninjured.