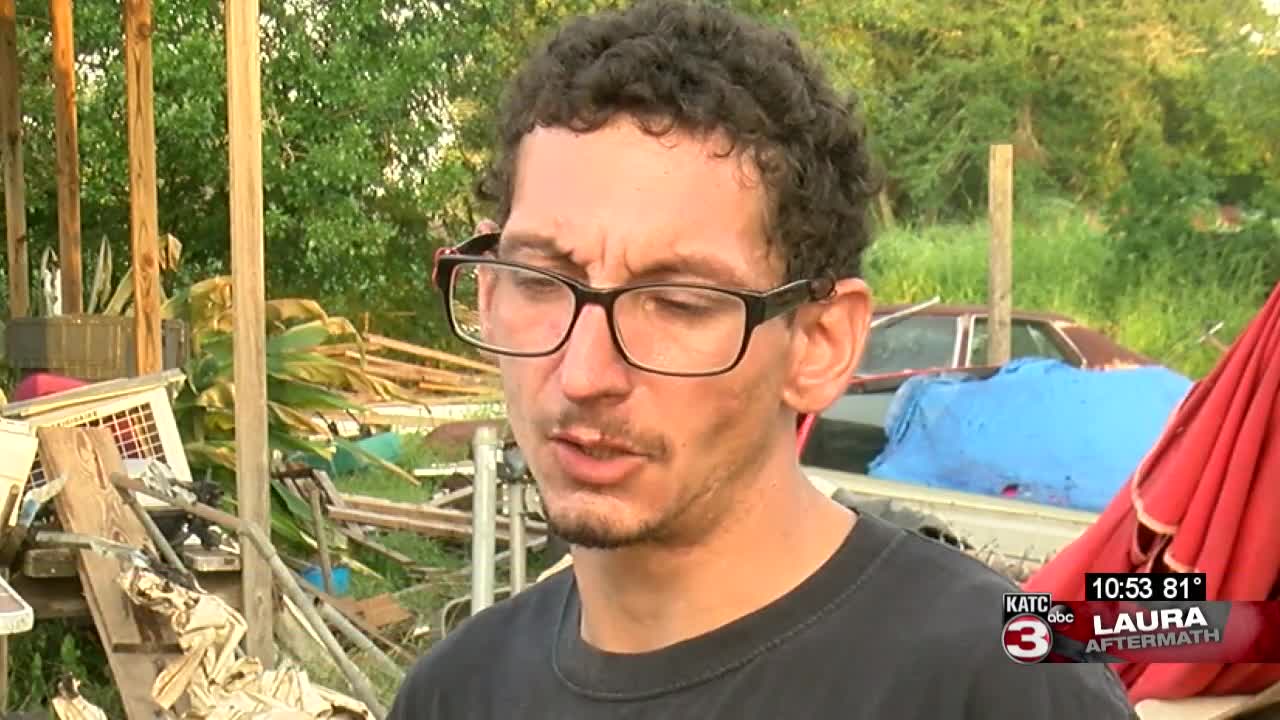 In Broussard, a man is counting his blessings after losing his home to a fire in Laura's aftermath.

"My son thought I was mad at him. I was like, boy you better get over here and give me a hug," says Steven Hall.

He was outside Thursday morning when he saw smoke at the front of his house.

"So I ran through my room, into the middle room," Hall says.

His son Leo was on the front porch, and their generator caught fire after he refueled it.

"It wanted to start, but gave it a little bit of a choke, it died, so i did it again, and the second time i did it, the air filter caught fire," Leo Hall says. "We had it running 5-6 hours with no problems."

Leo says he tried to extinguish the fire, but the house quickly became engulfed in flames - leaving the family with nothing.

"By the time I looked back, I just saw a black cloud come at me, I couldn't see, couldn't breathe," Leo says.

"I've been here 30-something years," says Steven Hall. "Built this house from scratch."

Despite the devastation, Hall says he's ready to do it again.

The family has set up a GoFundMe to help pay for building materials to rebuild Steven Hall's home.