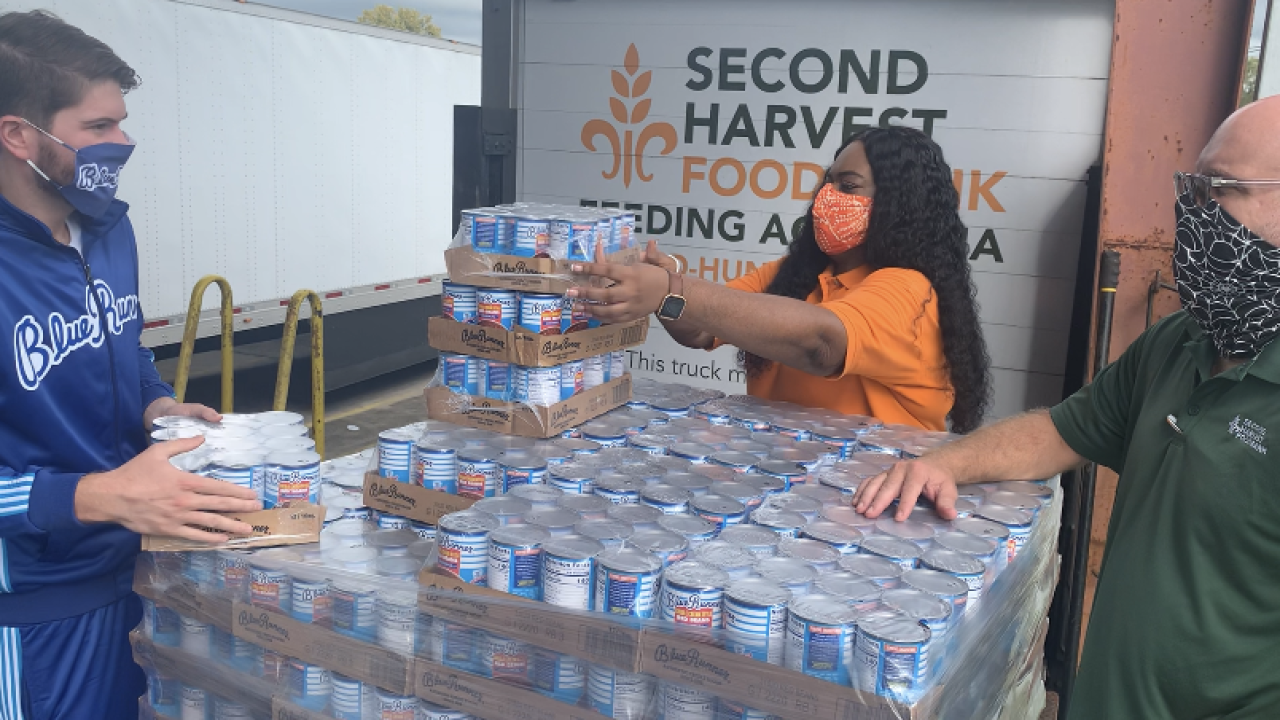 A truckload of 100,000 red bean meals was delivered to Second Harvest Food Bank in Lafayette today, headed for people who need food after Hurricane Laura.

Blue Runner Foods, the authentic Creole foods manufacturing company in Louisiana since 1918, delivered the meals as part of the company's ongoing “Millions of Meals” campaign.

Louisiana Healthcare Connections, a Healthy Louisiana Medicaid health plan with more than 480,000 members, has joined the cause and committed to supply more than 360,000 meals to those affected in the storm zone and by the COVID crisis.

The “Millions of Meals” campaign was initially launched by Blue Runner Foods in April to help those impacted by the COVID pandemic. After reaching their goal of the first 1 million meals to Second Harvest to help those out of work, Blue Runner has now set another million meals goal for the Hurricane Laura survivors and those still unemployed due to COVID.

“The need to feed has increased to levels never seen before in the history of the Food Bank, and yet the generosity from corporate leaders like Blue Runner Foods and Louisiana Health Connections has been overwhelming to help support their Louisiana neighbors in their hardships,” said Second Harvest Food Bank Regional Director John Dziurgot.

“Hunger and food insecurity have a direct impact on the health and health outcomes, and when coupled with disaster situations like Hurricane Laura and COVID-19, that impact is even more critical,” said Jamie Scholttman, CEO and Plan President of Louisiana Healthcare Connections. “Second Harvest Food Bank does a wonderful job of addressing food insecurity for thousands of Louisiana families each year, and we are pleased to have this opportunity to support their efforts to feed those affected by Hurricane Laura.”

Blue Runner Foods is encouraging everyone in our community to support Second Harvest Food Bank during this difficult time. All contributions to Second Harvest Food Bank serve 23 parishes across South Louisiana through various avenues, including providing emergency boxes, delivering hot meals to seniors in need, sending food to agency partners and food pantries, and by distributing directly via mobile pantries.

“When the COVID crisis hit, we donated 1 million meals and the enthusiasm was so high that we continued collecting donations for another million meals,” said Richard Thomas, President of Blue Runner Foods. “Blue Runner has been around for more than a century, and we know it is essential to remain committed to the health, safety and well-being of our fellow Louisianians.”