Battle of the Bulge veteran Rodolphe Fabre dies at 101 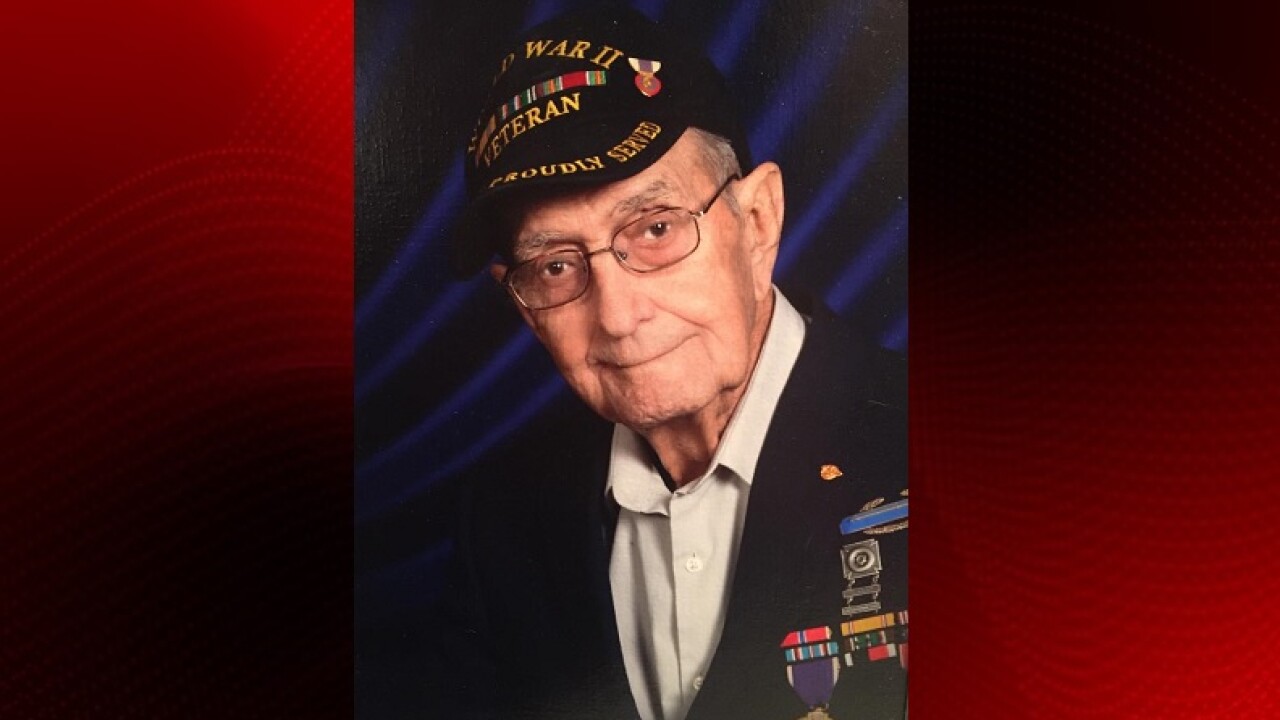 Funeral arrangements have been set for Rodolphe Fabre, 101, who died Friday at his home in Milton.

He was a WWII U.S. Army veteran, and a survivor of the Battle of the Bulge.

Fabre participated in many local veterans events, including the Sonic Christmas parade. He was a Purple Heart recipient, and until recently, the oldest participating member of the Military Order of the Purple Heart in Louisiana.

A Graveside Service will be held on Monday.

Rodolphe was born in Leroy, LA on June 8, 1918 and was the oldest of 5 children. He spent his early years farming and in December of 1944, he left for Europe aboard a British ship, landing in Marsailles, France. As an infantryman in the 80th division, 3rd Army, he entered Belgium on a boxcar train, to participate in the Battle of the Bulge. In June of 1945, after accumulating the required amount of overseas points, Rodolphe was honorably discharged. He joined his wife Martha and their first two children, who were living in Texas with her parents. The family remained in Texas, where Rodolphe secured employment at the Gulf Oil refinery.

In 1966, Rodolphe moved the family; first to Maurice and then to Milton, LA and started farming again. He retired farming at the age of 83. For his military service, Rodolphe was awarded the following : Bronze Star, Purple Heart, Good Conduct, American Defense, American Theatre and European Campaign medals.

Rodolphe and his late wife Martha were married 62 years before she passed away in 2004. In addition to his wife, he was preceded in death by his daughter, Beverly Fight; his parents, Adolph and Olite Fabre; and his siblings, Nona Autin, John Long Fabre, and Alma Trosclair.

Memorial contributions can be made in Mr. Rodolphe Fabre's name to St. Joseph Catholic Church, P.O. Box 299, Milton, La 70558, for Masses in his memory or to Hospice of Acadiana, www.hospiceacadiana.com

A heartfelt appreciation is extended by the Fabre family to the nurses, staff and doctors of Hospice of Acadiana for their kindness and compassionate care given to their father and their family during this difficult time. Also, a special thank you to his nurse Laci Guidry for everything she did.

*With regards to the COVID19 mandates, attendance will be limited to 10 persons or less at one time*