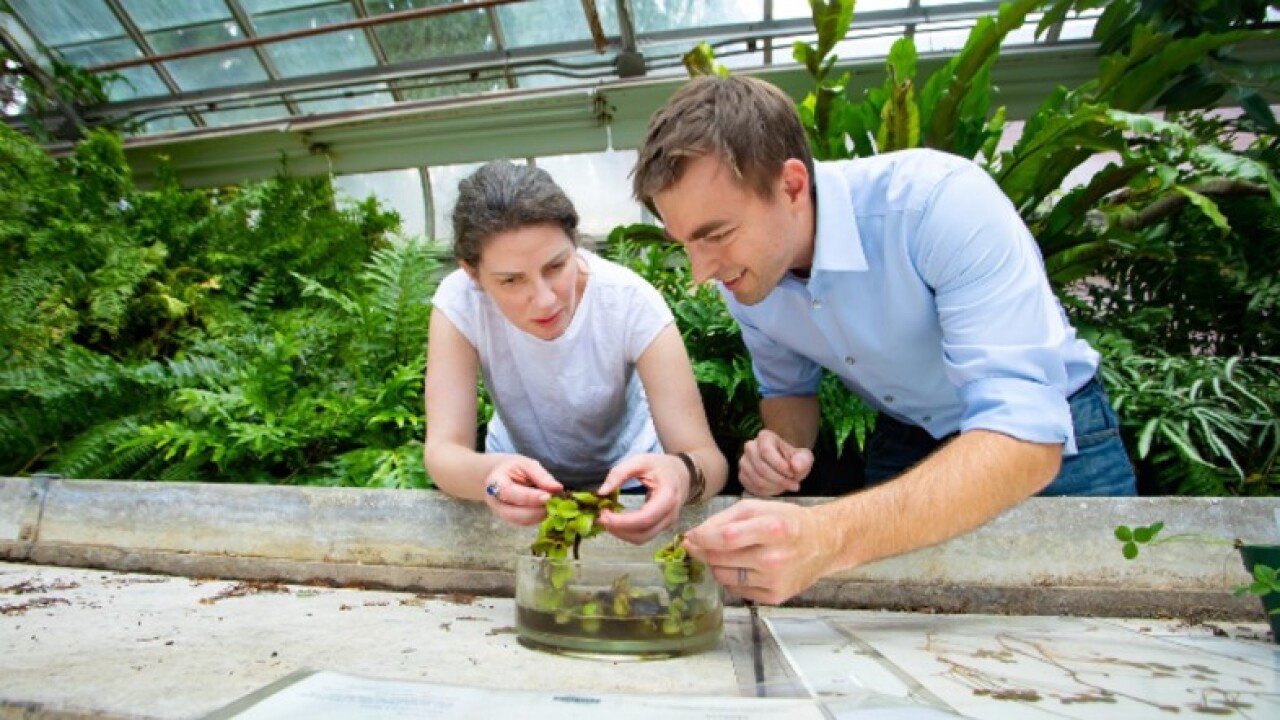 A pair of University of Louisiana at Lafayette biologists will lead a multi-state effort to identify the root causes of why plant species become invasive.

Dr. Nicholas Kooyers and Dr. Erin Sigel secured a four-year, $3.8 million National Science Foundation grant that will fund the creation of the Consortium of Plant INvasion Genomics, or CPING. The assistant professors of biology will direct the consortium, which will include researchers from four other universities as well.

Invasive plant species threaten biodiversity, harm crops, restructure ecosystems, promote diseases and damage infrastructure. Their havoc annually costs $34 billion in the United States alone. Despite this, little is known about how they become invasive and why.

The consortium aims to change that. By analyzing the genes of individual species and by offering training in the latest genomics sequencing and data analysis techniques, Sigel said the consortium "is poised to provide a unique perspective on how and at what rates invasive plants spread across the landscape."

In addition to UL Lafayette, the consortium will include researchers at South Dakota State, Wichita State and West Virginia universities, and the University of Alabama. Research hubs at each institution will focus on different invasive plant species.

"A nice aspect of having a collaboration like this is that work gets done on different regionally important plant species, and part of our goal is to bring together and synthesize information about these different species to see what their commonalities are," Sigel said.

"Each institution is using similar methods and answering similar questions that will enable us to make broader generalizations about how plant species become invasive," she added.

For example, scientists at West Virginia University will examine Japanese stiltgrass, found in forest ecosystems throughout the eastern United States. South Dakota State's hub will focus on Russian thistle. These tumbleweeds are fire hazards in the American West.

Sigel studies giant salvinia, a floating aquatic fern that chokes bayous throughout South Louisiana. "It deoxidates water, so it kills fish. It eliminates places for birds to land. It eliminates duck habitats and squeezes out native vegetation," Sigel explained.

Giant salvinia is native to Brazil and Argentina. But like many plants now seen as invasive, the fern was once considered desirable, then discarded. "That's the unfortunate story of many aquatic invasive species. They were introduced as part of the aquarium trade and make their way into a natural body of water," she said.

Kooyers examines white clover. Like giant salvinia, it was introduced with benign intentions, as a forage crop that replenished nitrogen in soil. Grass grew with gusto, and sheep and cows had more on which to graze.

White clovers' ability to adjust quickly to such diverse environments raises a central question the consortium hopes to answer: what changes occur within a plant's DNA that enable it to not only adapt rapidly, but to thrive to the point where it becomes an ecological challenge to its new home.

To answer that question, Kooyers, Sigel and other consortium members will analyze the genomes of historic and modern plant specimens.

They'll remove DNA from plants stored in herbaria, collections of preserved plants used by scientists. This will enable comparisons between plants that were collected from current populations to determine how they've changed genetically over time.

By using DNA sequencing to pinpoint these details, the consortium will contribute to an ongoing scientific debate about what makes invasive species invasive, Kooyers said.

Sigel added that improvements in gene sequencing over the past decade have opened possibilities unavailable to previous generations of scientists. "These advancements are allowing us to answer questions we couldn't have before."

The first training sessions will include researchers and undergraduate and graduate students at the consortium's member institutions. They will, in turn, train others in their respective regions at subsequent bootcamps.

Sigel added: "It's part of the scientific community's responsibility to generate the next generation of scientists. While the consortium's questions about invasive species are interesting and important, an equally important part of the project is this training network through which we hope will reach smaller institutions."