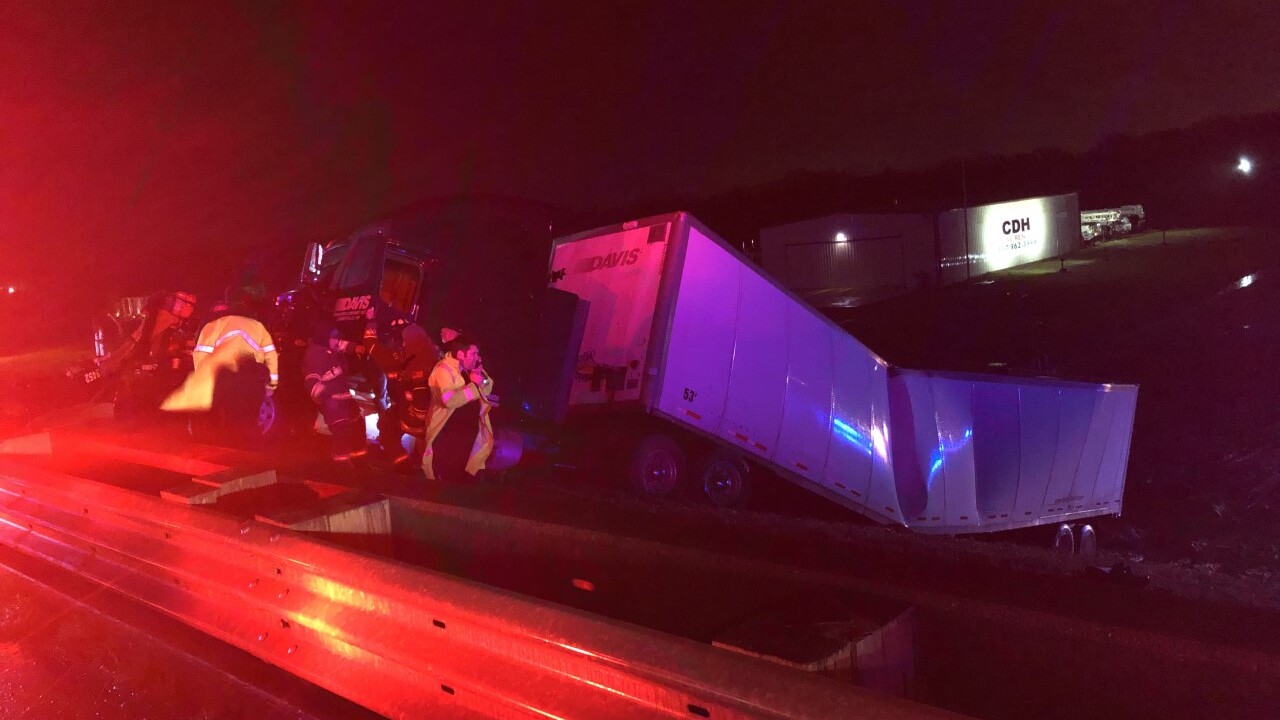 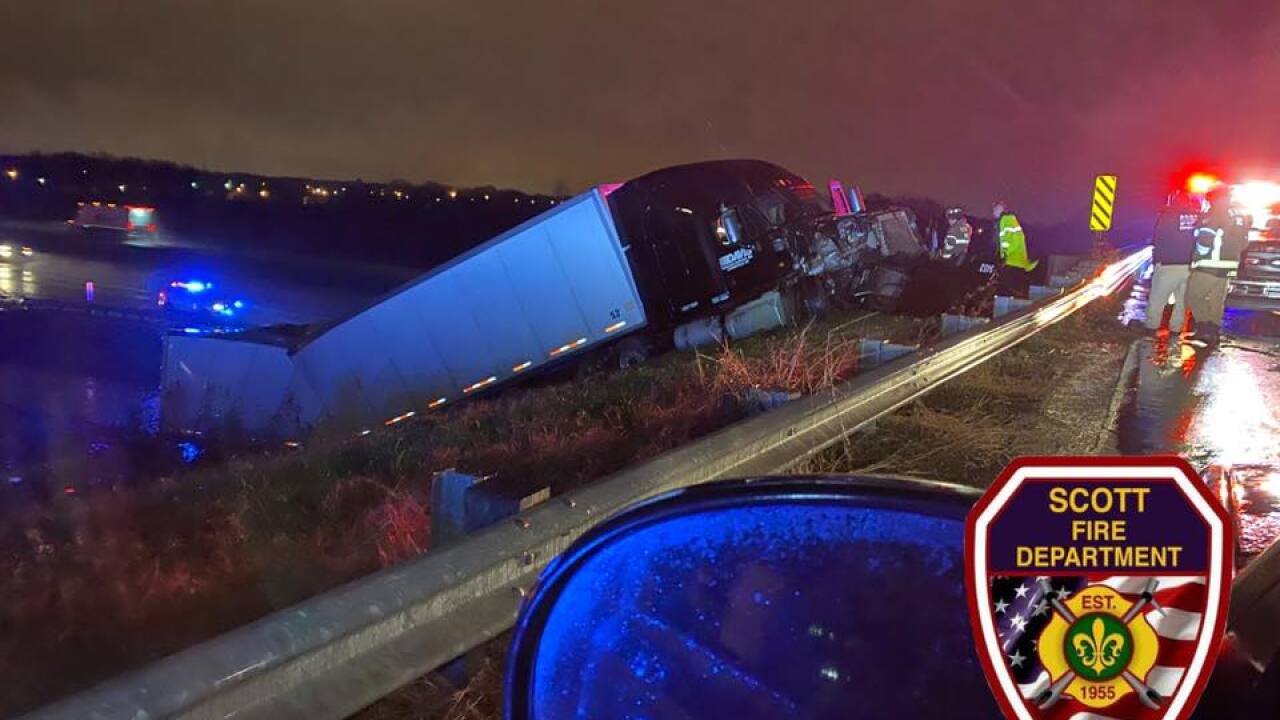 Emergency officials are working an 18-wheeler crash at the Mills Street overpass in Scott.

Police chief Chad Leger says that the bridge over I-10 West will be closed until further notice.

Motorists are asked to avoid the area while crews clean up the area and remove the 18-wheeler.

Fire Chief Chad Sonnier says that the driver of the 18-wheeler received minor injuries as a result of the crash and was transported to a local hospital.

No hazardous materials were involved in the crash. Cleanup crews are on scene.

Detour routes will be set up for drivers.