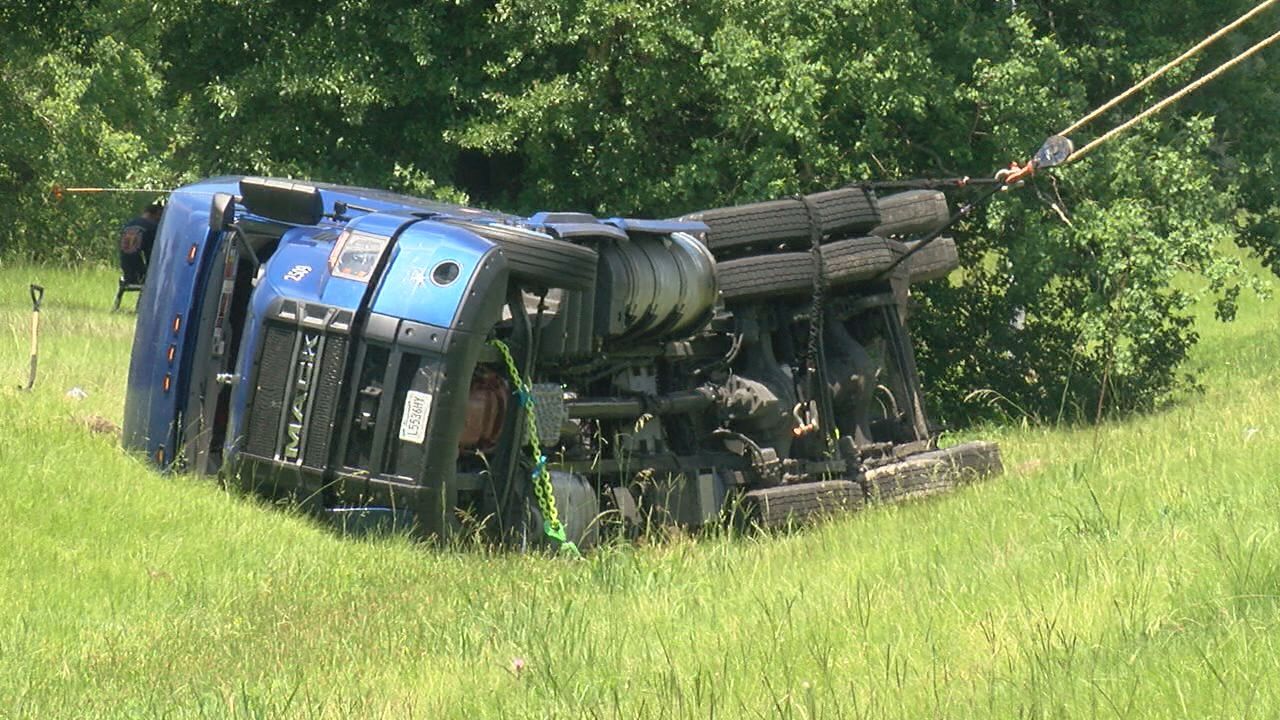 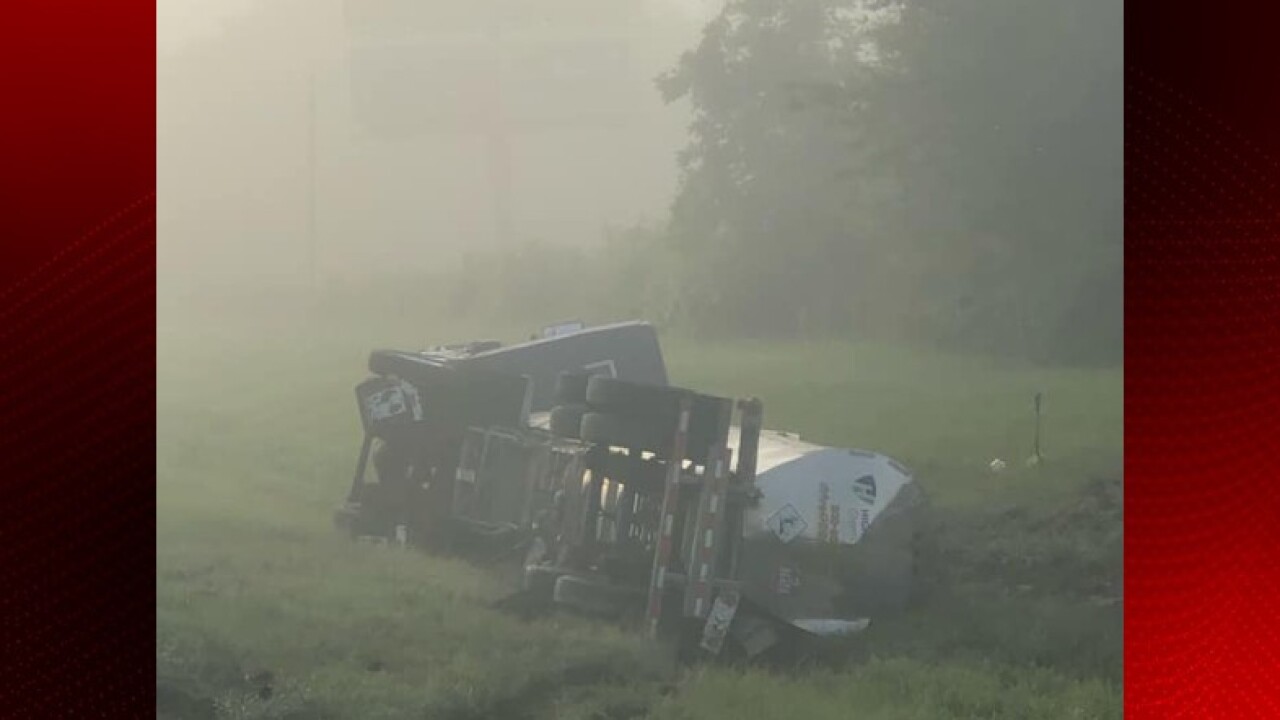 The Scott Fire Department state that hazmat personnel were able to safely transfer an estimated 41,560 pounds of Propylene Tetramer from the damaged tanker into another vessel for transport.

All lanes of Interstate 10 are now back open.

Department of Environmental Qualities assured proper cleanup of the product split onto the ground as a result of the rollover prior to hazmat personnel arriving.

SFD say they would also like to thank Carencro Fire Department for responding with additional water, to assist in the event a fire would have occurred.

They say they would like to thank Lafayette Hazmat, State Police Hazmat, Department of Environmental Qualities and private contractors for working together for a safe and efficient resolution.

I-10 East remains closed at Ambassador Caffery Parkway (Mile Marker 99). Congestion remains at four miles in length at the diversion. Motorists are being diverted onto LA 13 North (Mile Marker 80) to US 190 East. Use caution.

I-10 East remains closed at Ambassador Caffery Parkway (Mile Marker 99). Congestion remains at four miles in length at the diversion. Motorists are being diverted onto LA 13 North (Mile Marker 80) to US 190 East. Use caution.

I-10 East remains closed at Ambassador Caffery Parkway (Mile Marker 99). Congestion is approaching six miles in length at the diversion. Motorists are being diverted onto LA 13 North (Mile Marker 80) to US 190 East. Use caution.

State Police say they do not have an exact time for when the roadway will reopen but do hope to have I-10 East back open to vehicles before 7:00 p.m.

The Scott Fire Department has released more information on the 18-wheeler crash that closed I-10 East between Crowley and Ambassador Caffery.

The Department says firefighters responded at 5:14 am to a vehicle crash with entrapment on I-10 East at Mile Marker 99 between the Scott and the Ambassador Caffery exits.

Firefighters say that the driver was able to exit the vehicle without injury following the crash.

The 18-wheeler was transporting Propylene Tetramer at the time of the crash. Firefighters say the material is flammable and a pollutant.

Haz-Mat crews responding to the scene were able to clean the spill, but due to flammability issues, I-10 East will be shut down until the early evening hours, according to the department.

The closure will allow from the material to be safely transferred to another tractor trailer. That process is expected to take several hours.

We have a crew on the scene, here's a photo of the progress:

No other injuries were reported as a result of the crash.

It remains under investigation.

The Scott Fire Department and State Police are asking motorists to avoid I-10 East between the Scott and Ambassador Caffery exits due to an overturned 18-wheeler.

I-10 East has also been closed at Ambassador Caffery Parkway due to the crash, according to DOTD.

The Fire Department says that the truck was carrying hazardous materials and that Lafayette Haz-Mat is on scene.

I-10 East is closed at Ambassador Caffery Parkway due to an accident. Congestion is approaching four miles in length. Traffic is being diverted onto LA 13 to US 190 East. Use caution.

Major traffic delays and intermittent lane closures are expected along I-10 East due to the crash, according to officials.

The Rayne Police Department says that the I-10 east bound entrance ramp in Rayne is now closed. Motorists are advised to plan an alternate route for the next 6-8 hours.

Emergency crews are working to clear the scene.