State Police found “credible” evidence that a now-retired south Louisiana priest raped two altar boys in the 1960s and 1970s, but the way laws were written at the time of the alleged crimes prevents any prosecution from moving forward.

Police investigated the allegations against Gerardus “Gerard” Clement Smit after Roy Touchet, who served as Smit’s altar boy during his time at St. Anne Church in Youngsville, filed a complaint in 2015. During that investigation, police found a second victim of Smit’s and corroborated both of their allegations through Diocesan records that spanned two states.

But “after considerable legal research, it was determined that the limitations upon the initiation of prosecution had expired,” a State Police investigator wrote in the report. “Therefore, the incident was closed administratively.”

KATC Investigates obtained the State Police report through a public records request. The report does not identify the victims, per state privacy laws about victims of sexual abuse. But Touchet, who’s now 68 and living in New Jersey, reached out to KATC about his experience and chose to be identified. 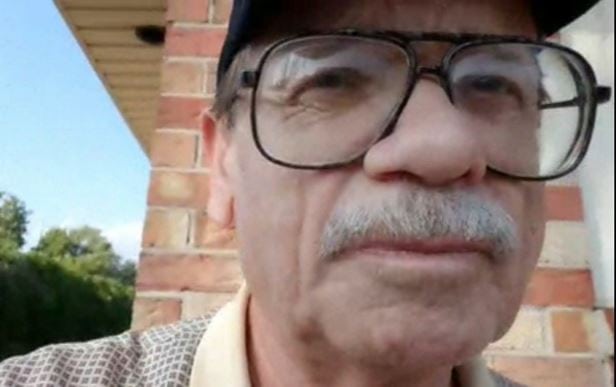 Touchet told police he “cried during Smit’s assaults and experienced rectal pain and bleeding,” and at one point, “he urinated all over the mat on which Smit had him kneeling.”

He also said the abuse happened both in Youngsville and in Acadia Parish, where Smit took him and other boys to a camp in Iota and sexually assaulted him.

State Police also identified a second person who claimed Smit raped him in the 1970s, when the altar boy was a student at Cankton Elementary School in St. Landry Parish. At the time, Smit worked as the boys’ soccer coach at the school and served as a priest at the nearby St. John Berchman’s Catholic Church.

The website for St. John Berchman’s lists Smit as pastor there from 1966-75.

The former altar boy told police Smit caught him and another altar boy drinking the sacramental wine and sexually assaulted him as “penance.” The abuse continued on multiple occasions in the boys’ dressing rooms, and it escalated to oral sex.

He told police “Smit threatened him and told him he would tell (his) parents and that they would ‘hate’ him,” according to the report.

Dioceses knew of accusations against priest

State Police obtained diocesan records that showed the Diocese of Lafayette was aware of the claims against Smit before Touchet filed a police report, and their files showed that Smit was the subject of accusations in the Diocese of Lake Charles, as well.

The diocesan records show that Smit was sent from Lake Charles in 1986 to undergo therapy from the Servants of the Paraclete, a facility in New Mexico where the Catholic Church sent abusive clergy. During his time there, Smit worked “to examine” an incident 19 years before, according to church records as cited in the police report.

The next year, now-deceased Lake Charles Bishop Jude Speyrer sent Smit to Wilmington, Delaware, and indicated he was in “semi-retirement” and in “good standing,” according to records cited in the police report.

The Diocese of Wilmington only learned in 1996 about Touchet’s allegations against Smit and that the priest had written Touchet a check for $10,000, so they relieved him from his priestly duties. They publicized Smit’s name a decade later as part of a legal settlement over abuse by clergy.

The Diocese of Lafayette’s files on the claims against Smit showed that it was aware of both Touchet’s and the second victim’s allegations. And a year after the second victim first reported the claims to the diocese in 2010, a diocesan review board found his claim “had serious merit.”

There’s no indication in the State Police report’s recounting of the diocesan files that any diocese initiated a complaint with law enforcement over either claim, even though the U.S. Conference of Catholic Bishop’s 2002 charter for protecting children against sexual abuse outlines that as procedure.

The document states that church officials must report any claims of sexual abuse to public authorities, even if the abuse happened before the charter’s creation and even if the complainant is no longer a minor.

Even if the church reported the accusations to public law enforcement, prosecutors wouldn’t have been able to act.

15th Judicial District Attorney Keith Stutes’ office consulted with State Police before the investigation into Smit was closed. Stutes told KATC that although the laws penalizing sexual assault have gotten progressively more harsh in recent decades, they still don’t apply to crimes that would have happened as long ago as the Smit allegations.

And Stutes said the laws as written at the time of the alleged crimes did not address the sexual assault of males.

“In the ’60s, the statute was pretty clear that aggravated rape was the rape of a female,” Stutes said.

Molestation laws as written at the time of the alleged crimes also provide no path for prosecution today, as the statute of limitations expired six years after the crimes were said to have happened.

“No doubt a crime may have well been committed, but we’re bound by the statute of limitations. We’re bound by limitations on when those charges can be filed,” Stutes said.

Smit served as a priest in Louisiana from 1957-86, according to BishopAccountability.org, which tracks abusive clergy. His time here included a number of assignments within the Dioceses of Lafayette and Lake Charles.

Smit was in his 90s when State Police tried to interview him in late 2016. According to the report, Smit seemed “friendly, alert, police, engaging and humorous” when an investigator visited him and made an appointment to meet with him the next day.

But when the investigator returned, Smit had enlisted someone who claimed to be an attorney to join. The person pointed out the statute of limitations on the claims against Smit, who “appeared to not be able to understand or hear which was contrary to the day before.” The investigator ended the interview.

Touchet said he’s tried for decades to pursue charges against Smit, and even though the case is closed on his most recent complaint, he’s now training his sights on a list of known abusive priests — a list the Diocese of Lafayette has never released, even though dozens of other dioceses around the U.S. have.

“They should release those names,” Touchet said, “so the people of Lafayette Parish can know if their child was affected when these pedophile priests were around the area.”