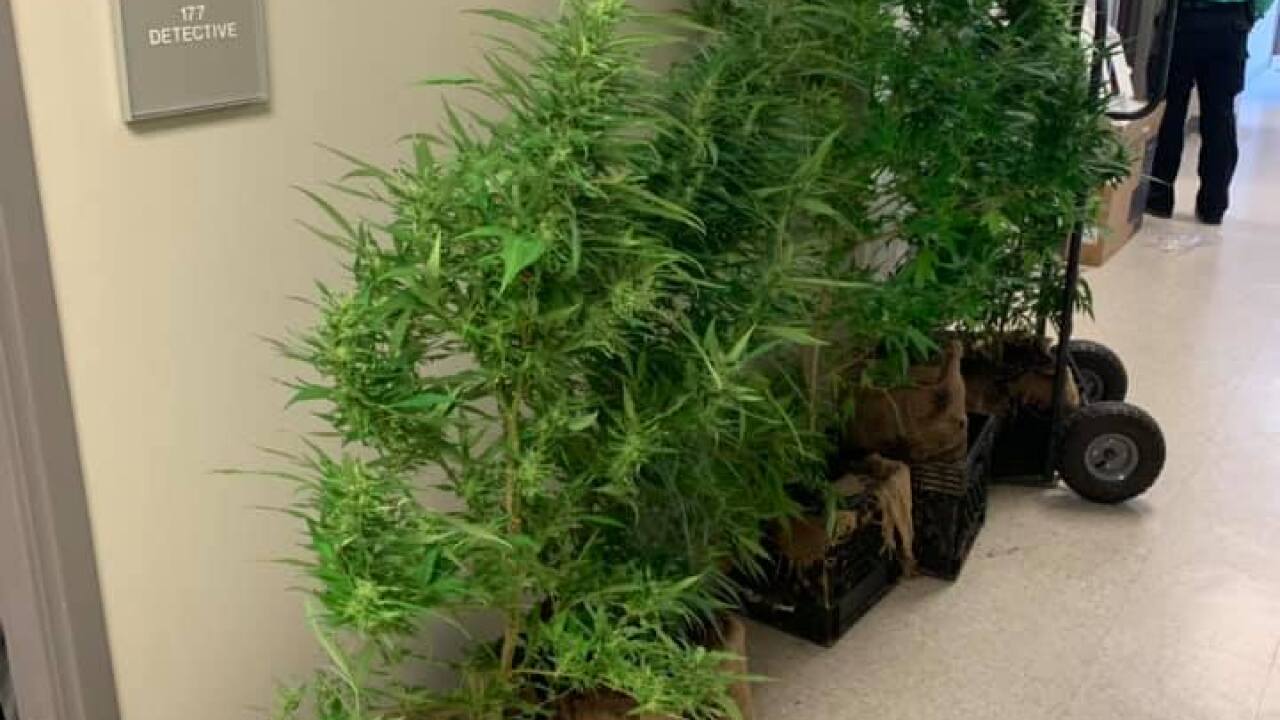 JENNINGS, La. - Eight marijuana plants were discovered behind an apartment in Jennings on Monday.

The Jennings Police Department received a tip that a resident was observed entering a wooded area behind the Garrett Lane Apartments complex.

Police arrived on the scene and discovered the pot plants in buckets in the wooded area.

A resident was acting suspiciously, according to Chief Danny Semmes. A search of the William Horne's apartment revealed items used for growing plants.

Horne was arrested on a charge of cultivation of marijuana.

No bond is set at this time.