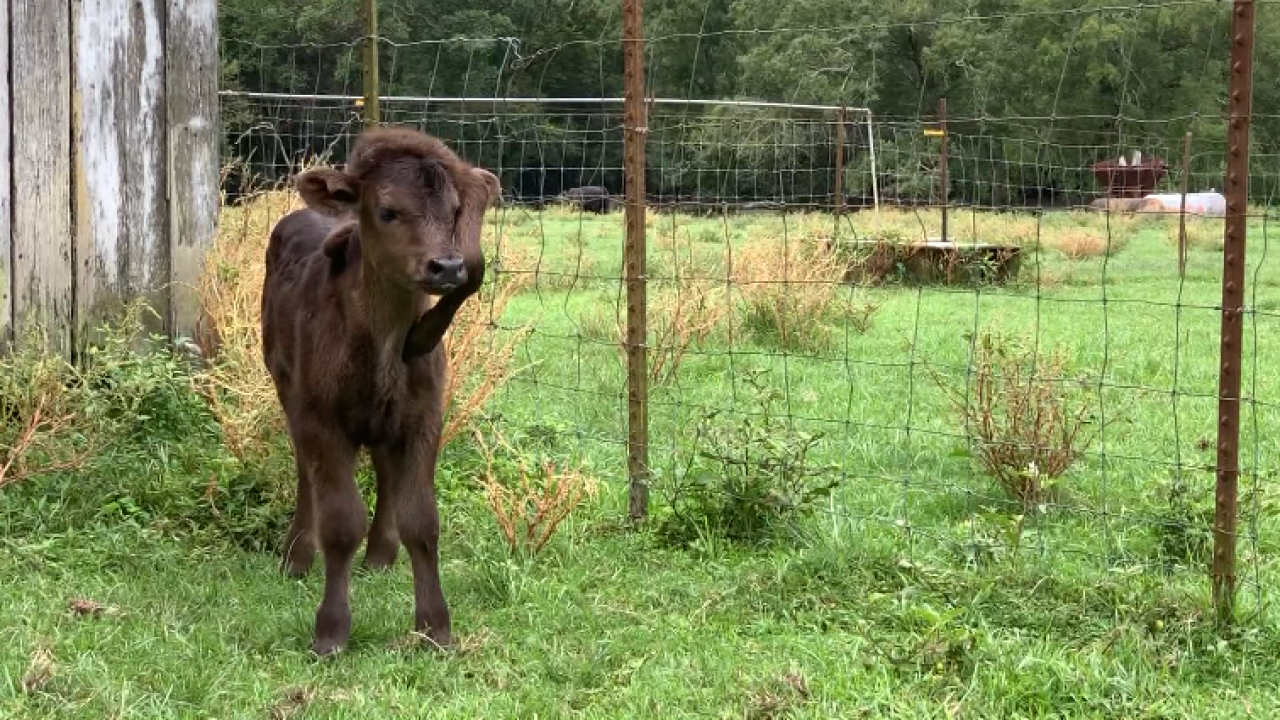 JEFF DAVIS PARISH — A couple from Hathaway in Jeff Davis Parish is now the proud caretakers of a five-legged calf named Elsie.

Recently, farmer Matt Alexander attended an auction where, despite the rare condition, he bid on the newborn calf.

Alexander told KPLC that bidding for Elsie began at $50, but that no one seemed interested in making any offers.

"The people I talked to said you're wasting your money on that, she's not even going to make it," Alexander told KPLC. "Well 10 days later she's doing good and healthy. You know, she had five legs and I figured my fiancé would like it."

Alexander's fiancee Maghin Davis named the calf Elsie and says that even with the extra leg, she's just like any other calf.

"Every day she surprises us," Davis said. "She runs around, she chases her mom, she eats from her mom, she's just got a lot of energy."

The couple tells KPLC that they will meet with a veterinarian to determine whether Elsie's extra limb will need to be removed. Besides that, the couple says they are hopeful that Elsie will be able to spend her days happily at the family's farm.

"We hope that she spends the rest of her days happy here, She has plenty of grass to eat and plenty of love to get," Davis said. "She's born unique, we just want her safe and happy."

Those interested in keeping up with Elsie and her five-legged life can do so at her brand new Facebook page.