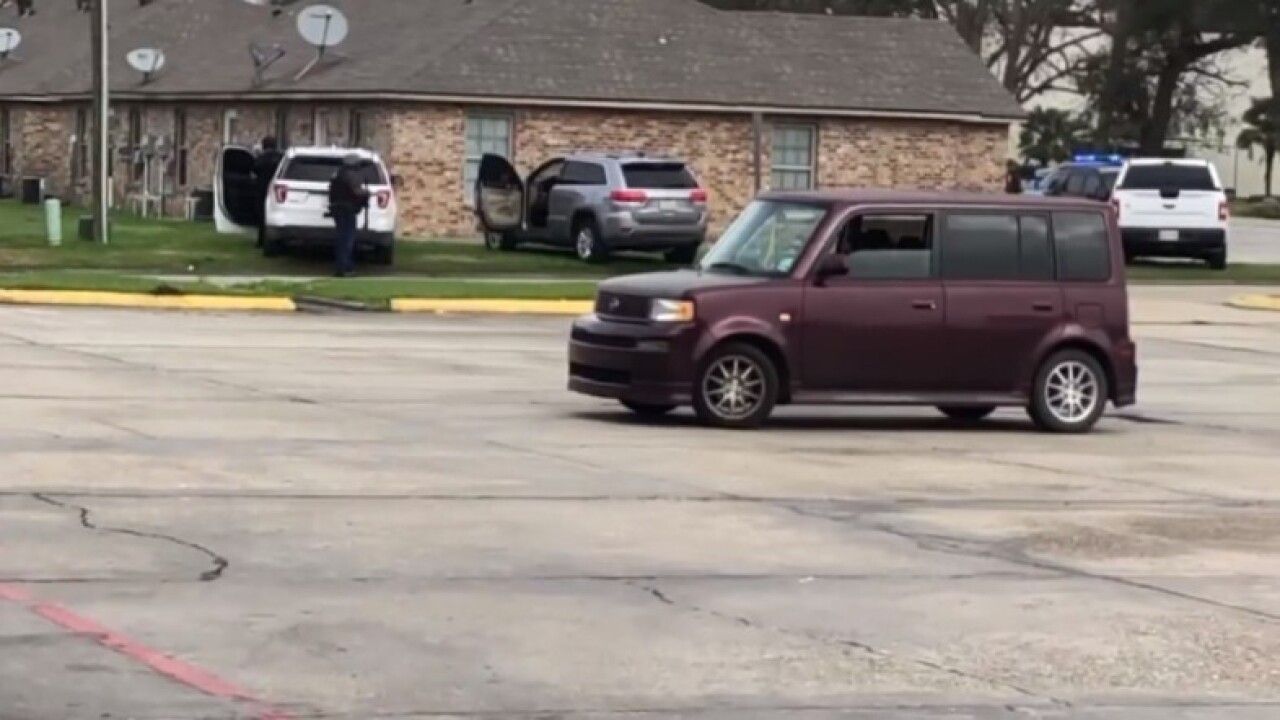 The area near Daspit Elementary is now all clear after a lock down was put in place.

Multiple witnesses say that there is a large police presence at an apartment building near Daspit Elementary. Witnesses tell KATC that police have their weapons drawn and were possibly trying to get a suspect out of an apartment unit. New Iberia Police tell KATC that the Marshal's Office was serving a warrant in the area. No details as to what happened were provided.

Daspit Elementary and Little People Place Early Development confirmed to KATC that they were on lock down during that time. That lock down has since been lifted. Multiple businesses in the area also confirmed the large presence of police officers.