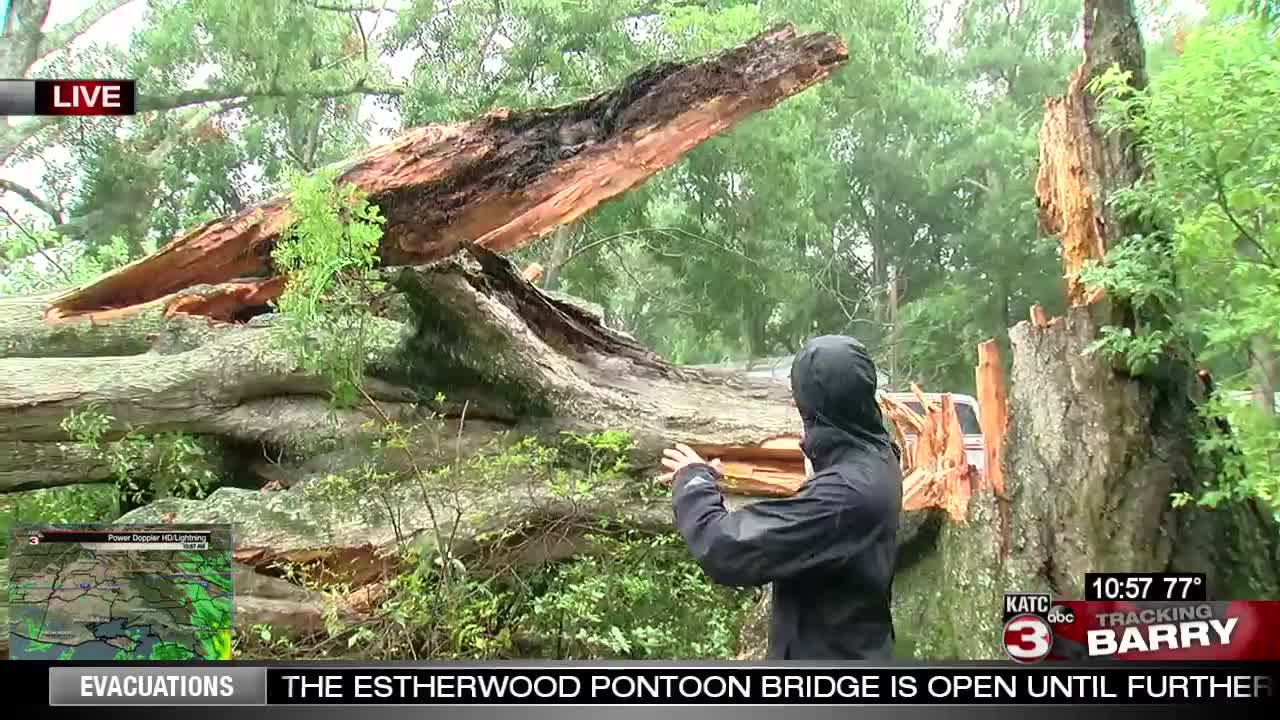 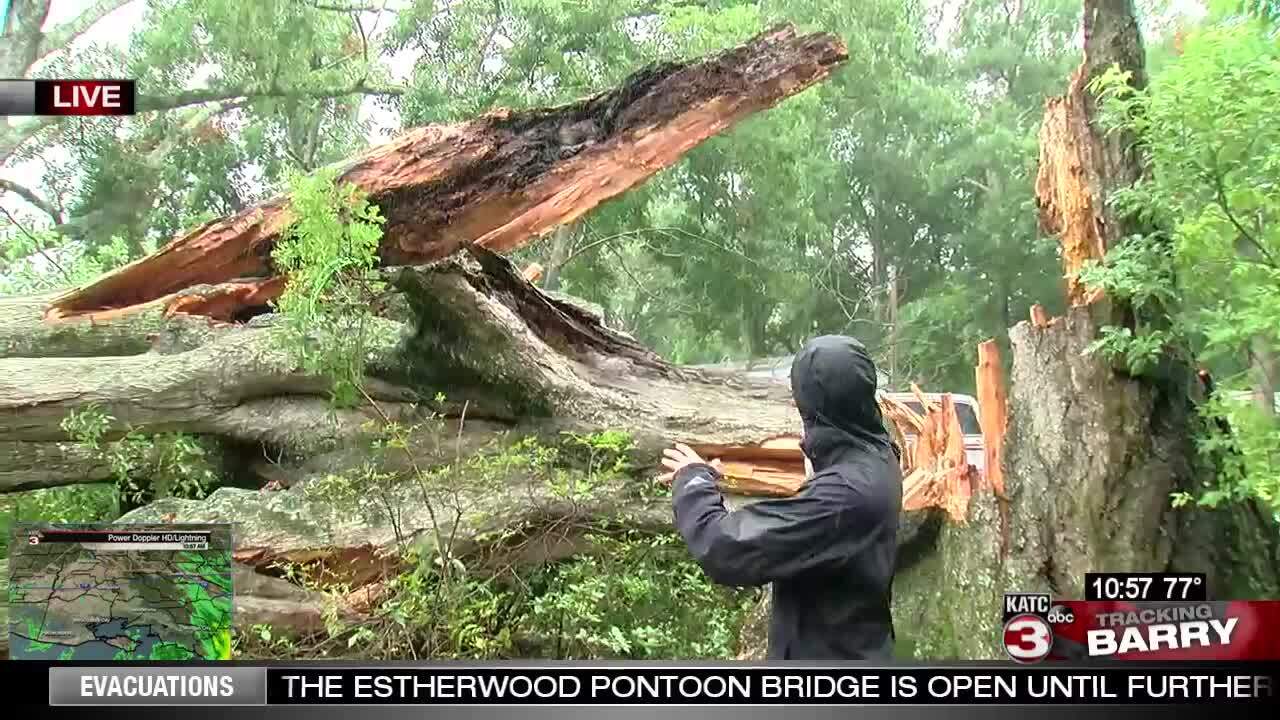 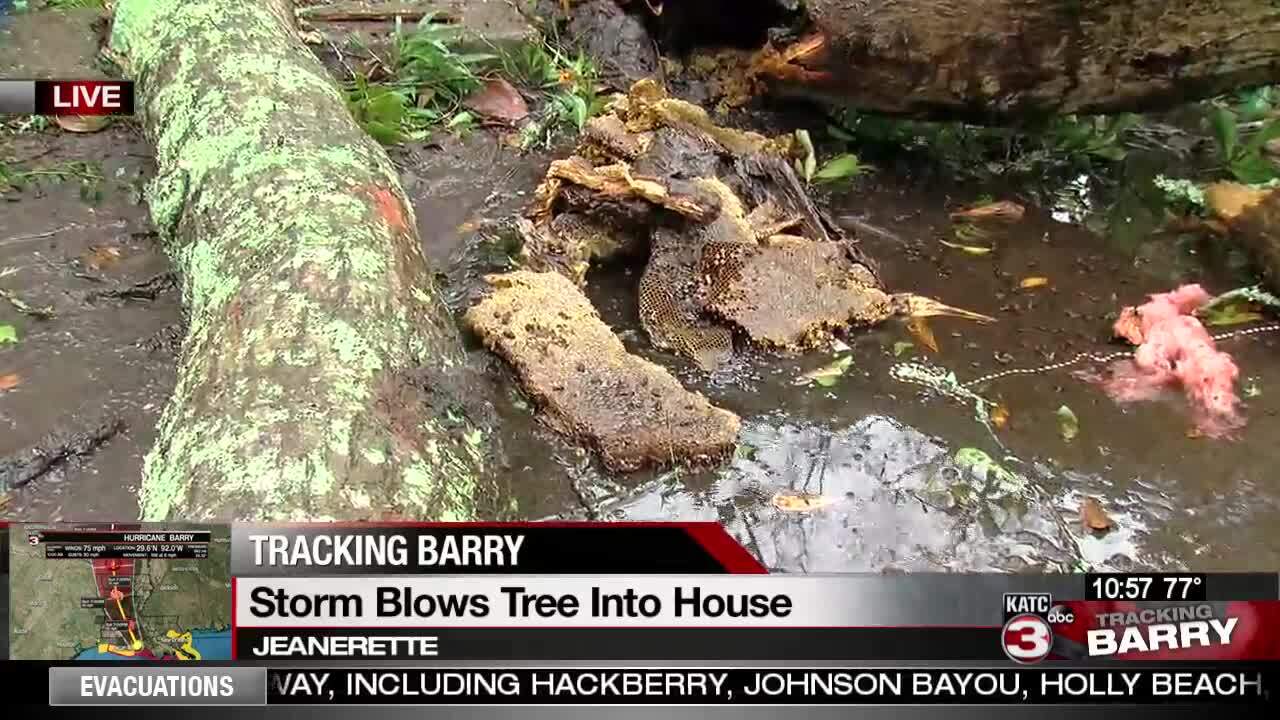 A woman and her family were swarmed by bees when a large tree fell through their home in Jeanerette.

Firefighters and neighbors say that high winds from Hurricane Barry caused the tree to fall onto a mobile home on Saturday morning.

Four people were inside the home when the tree fell. Officials say that one woman was trapped by the tree when it fell across her.

Bees living inside a large honeycomb on the tree reportedly began to swarm and sting the woman and family members.

Those responding to the scene were also reportedly stung as the they worked to remove the woman from under the fallen tree.

The woman, her husband and two young children were taken to the hospital for treatment.

Power lines were also reportedly brought down as the tree fell.