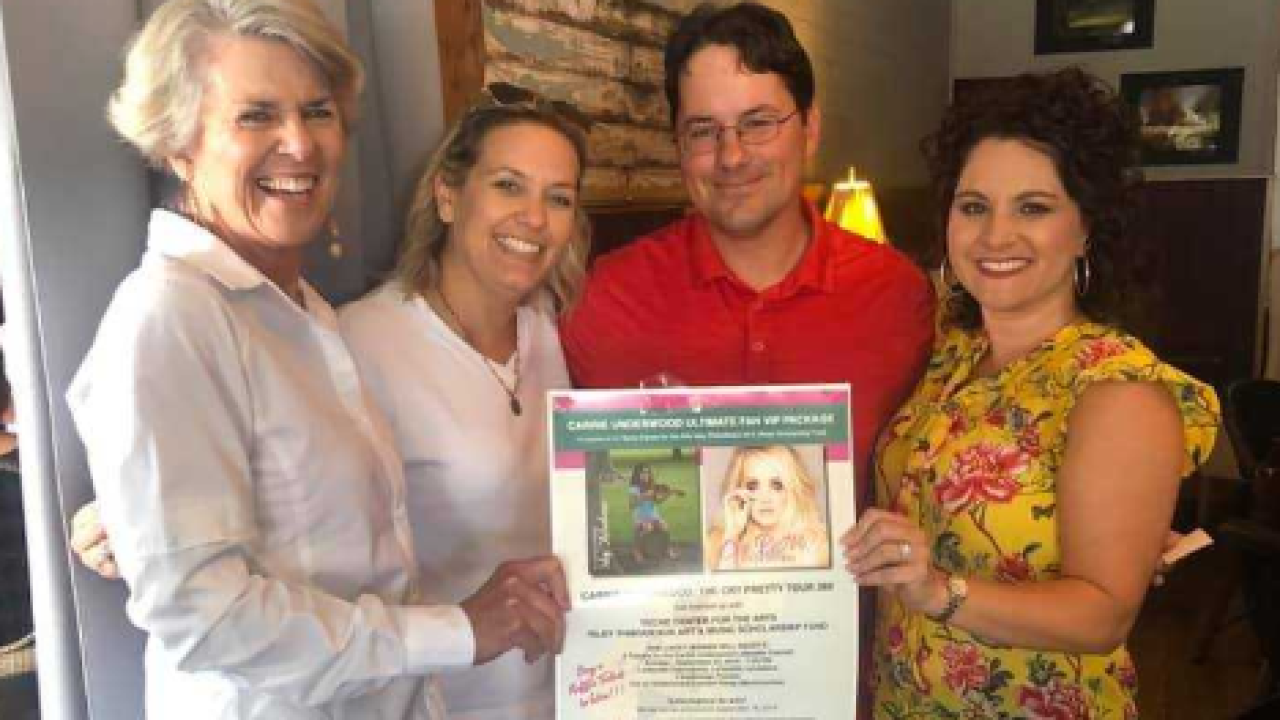 Teche Center for the Arts announces that Luke Huval of Lafayette is the winner of the Carrie Underwood Ultimate Fan VIP Package raffle for the Isley Thibodeaux Art & Music Scholarship Fund.

Huval won tickets to the concert which will be held this weekend at the Cajundome. In addition to two tickets to the concert, Huval also received Carrie Underwood merchandize and two backstage passes. He will be accompanied by his niece Lola, who happened to be a great friend of Isley Thibodeaux.

“Isley's story has inspired so many. Because of Isley, deserving children will find enrichment through arts and music learning activities at TCA for years to come. It's a great day in St. Martin Parish!” Coatney Raymond, Board Chair of Teche Center for the Arts, noted at the prize drawing event, held at Tante Marie’s in downtown Breaux Bridge on Wednesday morning.

April 25, 2016, Isley and her mom were struck by a drunk driver returning home from the Carrie Underwood concert in Lafayette. Her mom, Misty, survived the accident by a miracle and God’s grace. Isley, at only 10 years old, died as a result of the accident. Before her passing, Isley was learning to play the fiddle at Brazos Huval School of Music, in conjunction with TCA. Isley was also a writer and loved to draw. She was set to take the first Summer Theatre Camp at TCA before she died.

The Isley Thibodeaux Art & Music Scholarship Fund will be used to extend scholarships and support for programming in art, music, and culture in Isley’s memory. The application process for scholarships for children will be overseen by Misty, and she will take an active role in decision-making.

“I know if Isley were here today, she would continue to embrace the mission of Teche Center for the Arts. She was learning to play the Cajun fiddle, she was a budding artist, writer, and aspiring actor! I want more kids to have the opportunity to take these classes. My reason for this is that the arts offer a way of self-expression and can be an outlet in this world. It also gives me an opportunity to raise awareness of the dangers of drunk driving. We are forever grateful for her life and all the gifts she brought to our family and our community. We miss her tremendously, but God is so good, and we trust in His plan. She would say to me often, 'I love you more’. This makes me smile and brings much comfort. I love you more, Isley.” - Misty Thibodeaux, mother.

Teche Center for the Arts (TCA) is a community cultural center in downtown Breaux Bridge, Louisiana. This 501c3 nonprofit is creating a space to offer performances and programs aligned with the five-dimensions of its Mission of ART, MUSIC, CAJUN/CREOLE CULTURE, EDUCATION, and HISTORY.