Scored Top-20 hit with "This Should Go On Forever" 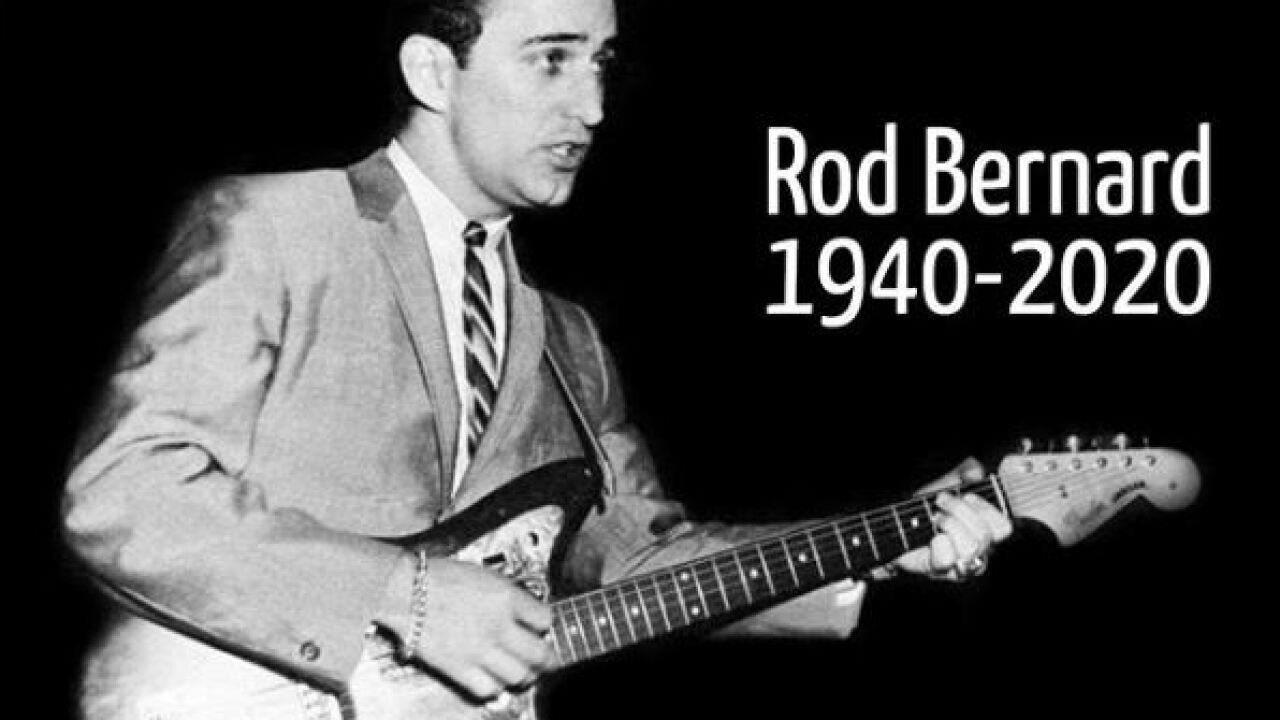 NEW IBERIA — Swamp pop musician and local broadcaster Rod Bernard has died after a short illness. That's according to a tweet from his son, Shane.

Bernard, an Opelousas native, began his performing career at the age of nine when he joined the cast of "The Blue Room" on KSLO Radio. A few years later, he was hired as a staff announcer and disc jockey at the station while continuing his music career.

In 1958, Bernard recorded and released his best known single, "This Should Go On Forever." The song peaked at number-20 on the Billboard Hot 100 in the spring of 1959 and scored Bernard an appearance on Dick Clark's "American Bandstand." Bernard later scored a regional hit with "Colinda," a song sung in both French and English that also found an audience in parts of Canada.

After his national spotlight faded, Bernard continued his broadcasting career, hosting the "Saturday Hop" music program on KLFY and working as a DJ at KVOL. Bernard later moved into sales, working in that capacity for KLFY and Acadia Broadcast Partners in Crowley.

Here are links to a two-part documentary about Bernard: Part 1 and Part 2