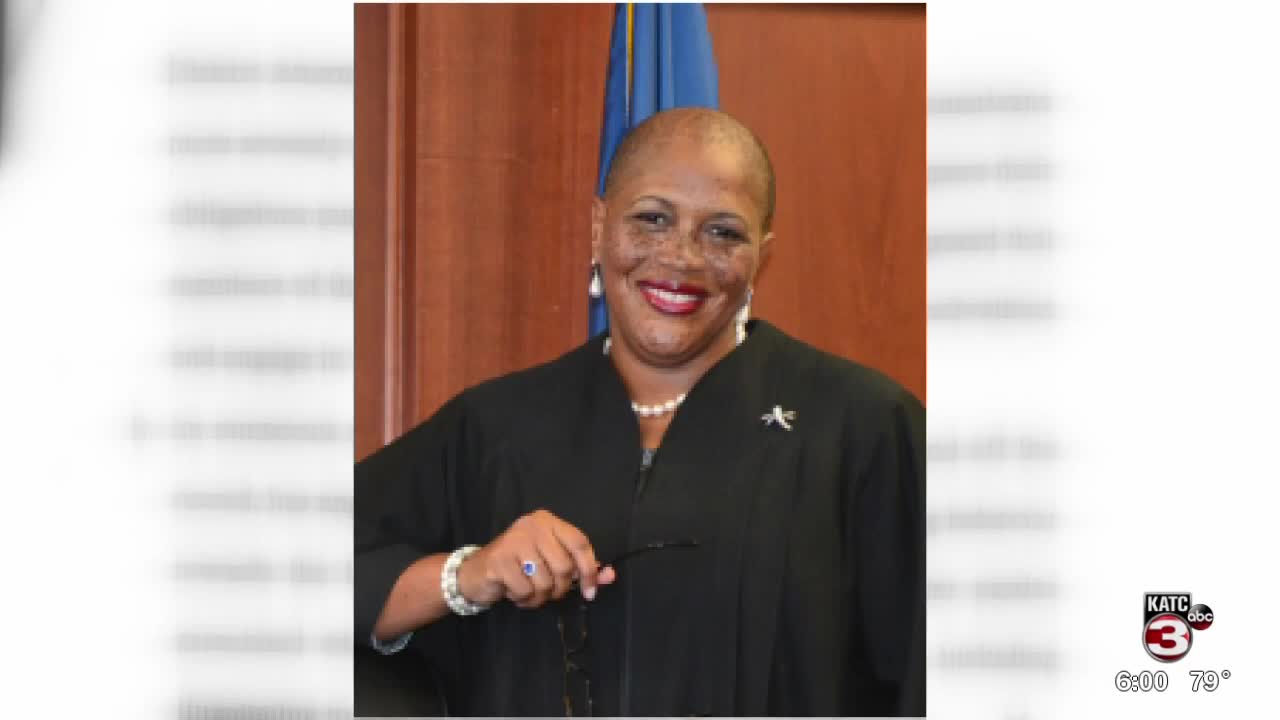 The hearing on the motions to recuse 16th Judicial District Judge Lori Landry from a number of criminal cases has been postponed.

The 16th JDC District Attorney's Office has filed motions against Landry in an effort to have her recused from hearing any criminal cases in the three-parish court district.

The DA's office has filed more than 300 motions to have her recused, citing a number of cases where Landry accused prosecutors of having a racial bias and one in which she threatened to assault an assistant district attorney.

"Due to what's happening, the progress of these cases is being retarded and we want to provide some relief," said Thibodeaux at the start of the hearing.

Thibodeaux then granted that each motion of those motions be continued, or delayed, to a later date.

Dozens of protesters at Wednesday's hearing were members of Judge Landry's family.

"I came out to show the respect for her and the jobs she's doing," Her uncle, Michael Landry said.

Judge Landry's mother believes her daughter is being treated unfairly by prosecutors.

"I want to respect them, and by all means I want them to respect us," Eva Lewis, Landry's mother said.

More motions are scheduled to be heard Thursday morning beginning at 9 a.m.

Landry is expected to sign off on the cases in question and hand them off to another judge so the cases could continue to move forward.

"Cases are not being put on hold, they are moving forward, people will not sit in jail," Duhe said.