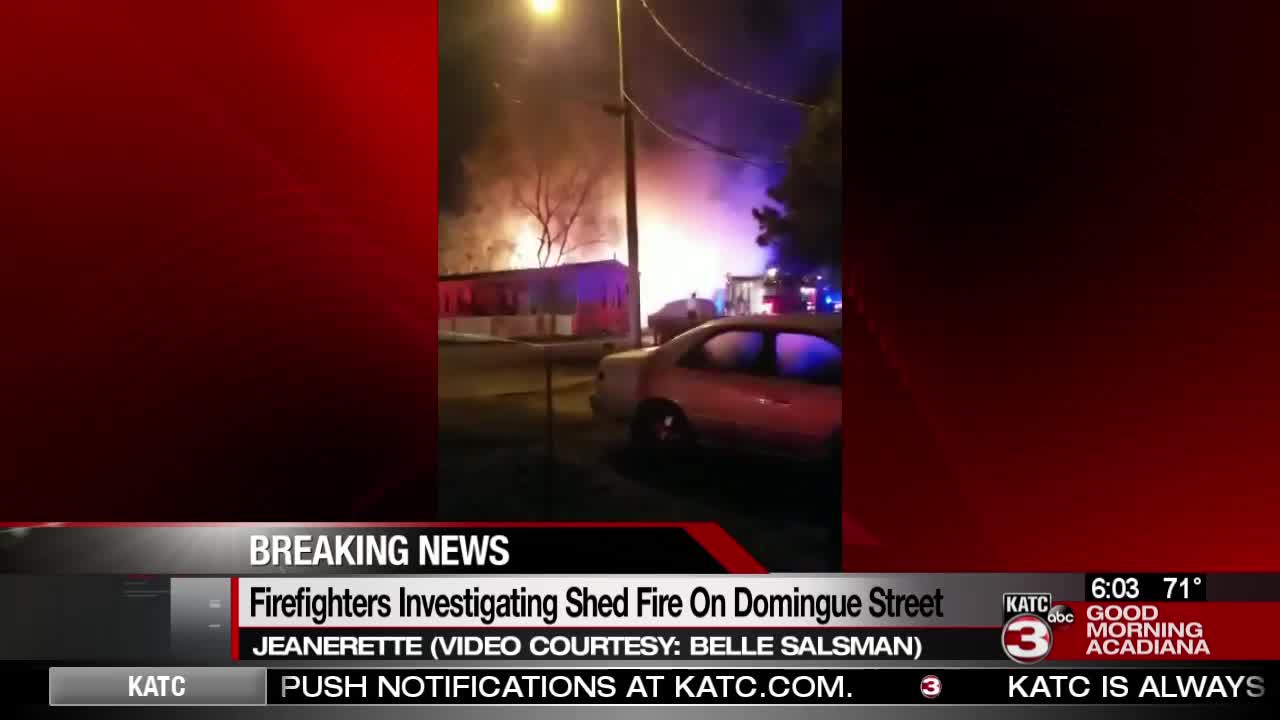 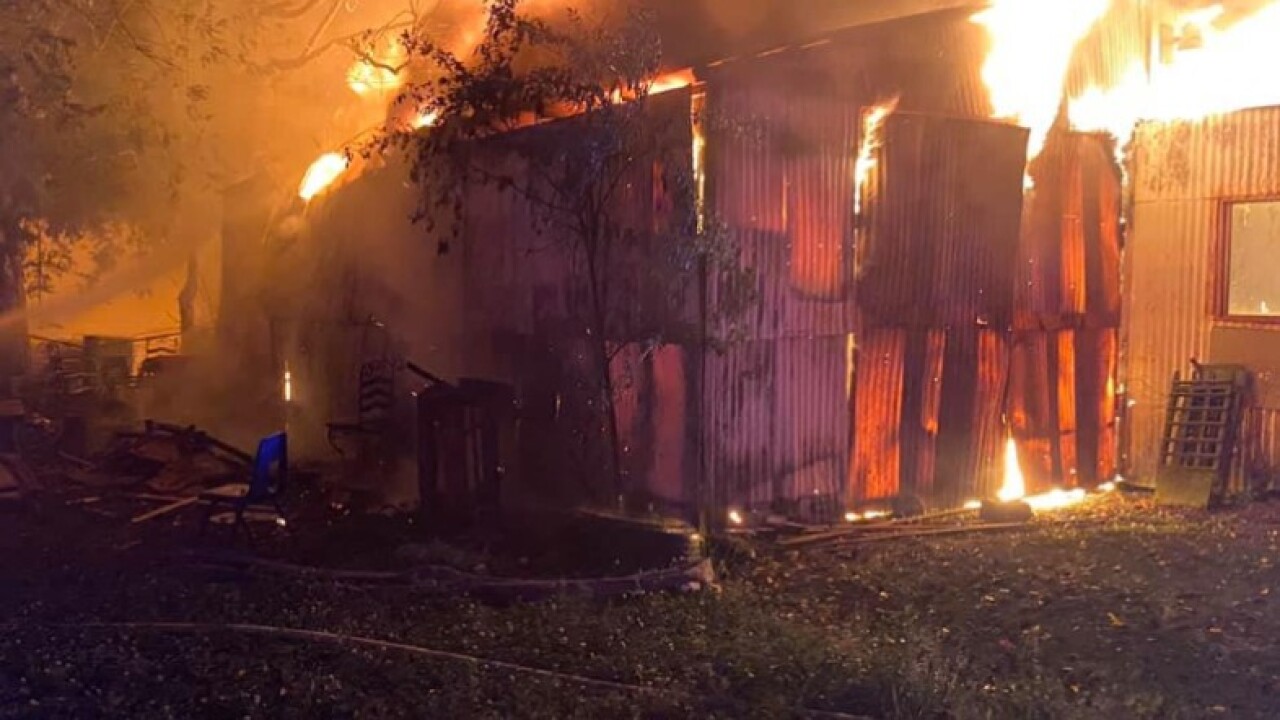 In Jeanerette, firefighters investigated an overnight fire on Domingue Street.

The Jeanerette Police Department says the call came in around 2:30 am on Monday after a shed caught fire.

Viewer submitted video from the scene shows the firefighters battling the blaze.

A witness tells KATC she heard propane tanks inside the shed exploding.

Jeanerette Fire Chief Sherry Landry says that no one was injured.

No nearby structures were damaged, according to police.

An investigation is now being conducted by the State Fire Marshal's Office.