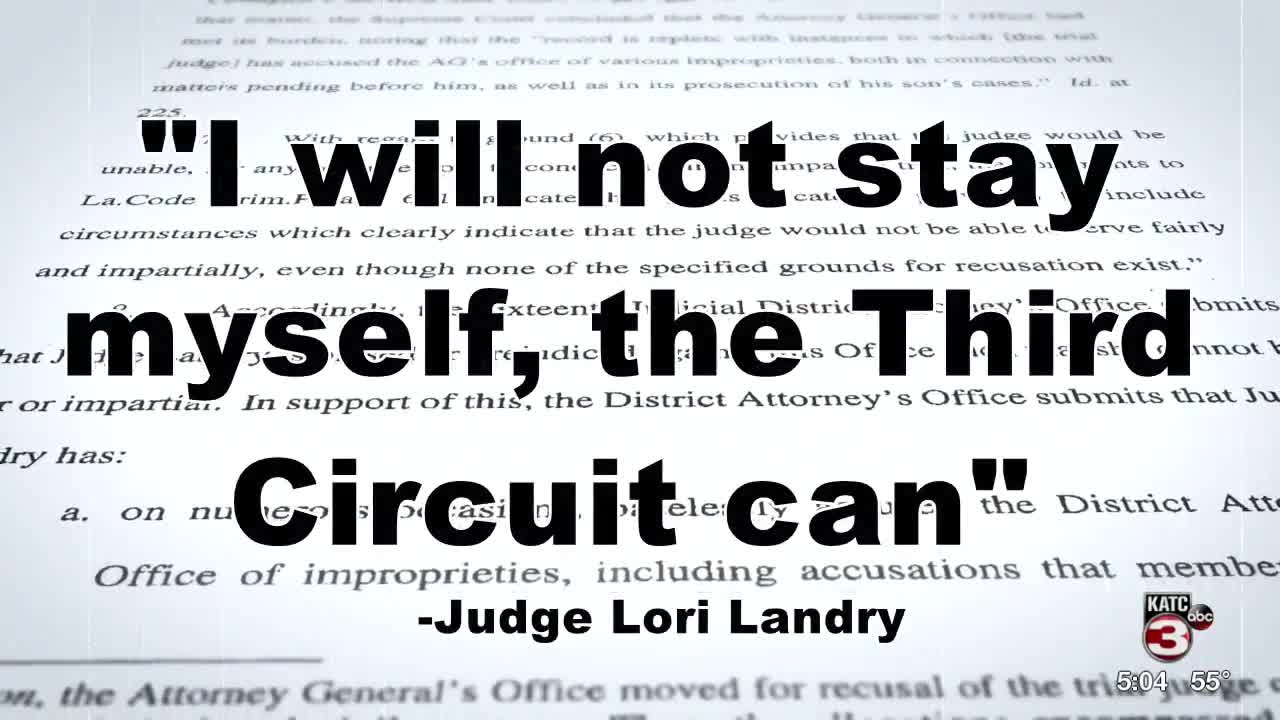 NEW IBERIA, LA — Protesters returned to the Iberia Parish courthouse for a second straight day as motions continued to be filed against 16th Judicial District Court Judge Lori Landry. The motions were filed by the 16th JDC District Attorney's Office against Landry in an effort to have her recused from hearing any criminal cases in the three-parish court district. Thursday morning, Judge Landry herself ruled on dozens of the motions, refusing to recuse herself and saying, "I will not stay myself, the Third Circuit (Court of Appeals) can."

The DA's office has filed nearly 400 motions to have her recused, citing a number of cases where Landry accused prosecutors of having a racial bias and one in which she threatened to assault an assistant district attorney.

Protesters claim it's a race issue. Louisiana NAACP official Marja Broussard says, "There's an attack on black officials, elected officials, and we stand with Judge Lori". The Assistant District Attorney arguing the case today, Rob Vines, would not comment on the case, saying only that "the motion speaks for itself."