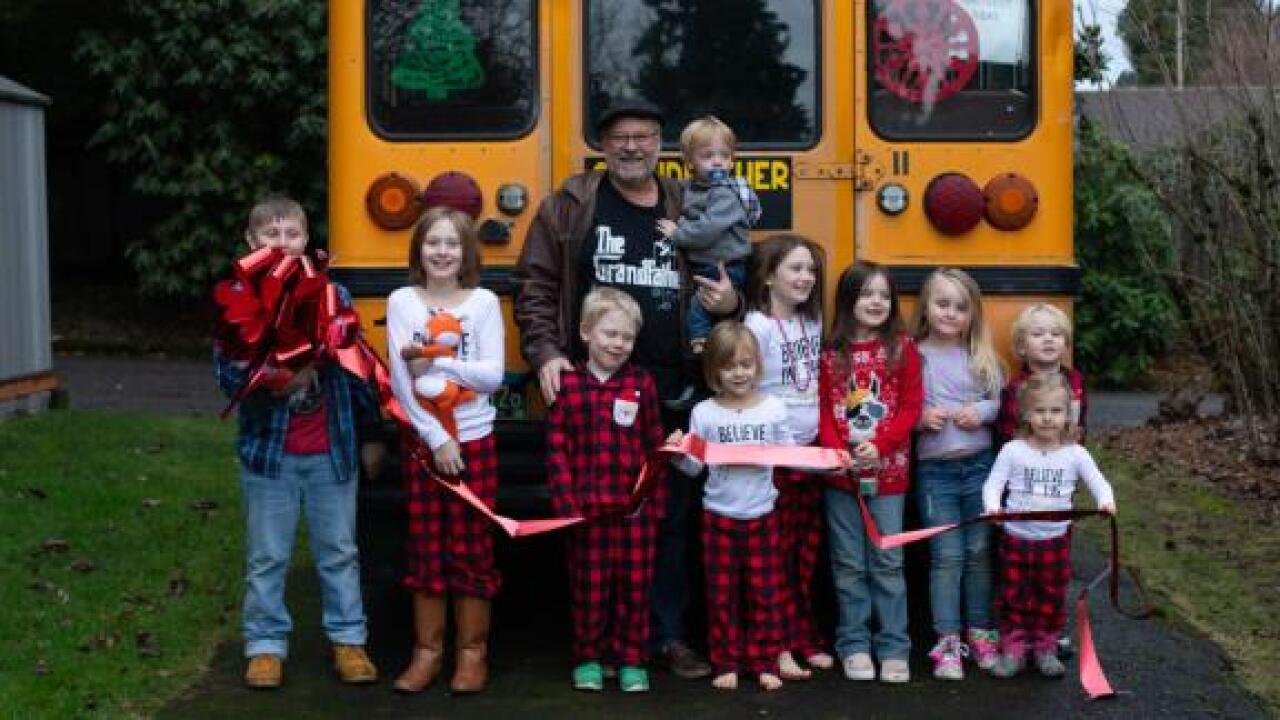 GLADSTONE, Ore. (CNN) - A grandfather of 10 in Oregon will soon get to spend time with his grandkids every morning, as he uses the school bus he just bought to take them to school.

Grandfather Doug Hayes bought a school bus dubbed the “Grandfather Express” in order to take his 10 grandkids to school. He revealed the surprise last Friday at home in
Gladstone, Oregon.

"When they saw it, they were just ecstatic," Hayes said.

Five of Hayes’ grandchildren attend Paideia Classical Christian School, a small private school that doesn’t have buses. The other five aren’t school age yet, but next year, two more will be old enough to board the “Grandfather Express.”

Hayes says all his grandchildren live within about a 20-minute drive, and their school is about two or three miles from his house. He’ll make the rounds each day, drop the bus off at home, then head out to work.

"It's primarily about getting to spend a few minutes with them every single morning," Hayes said.

The “Grandfather Express” is scheduled to start rolling after Christmas break.