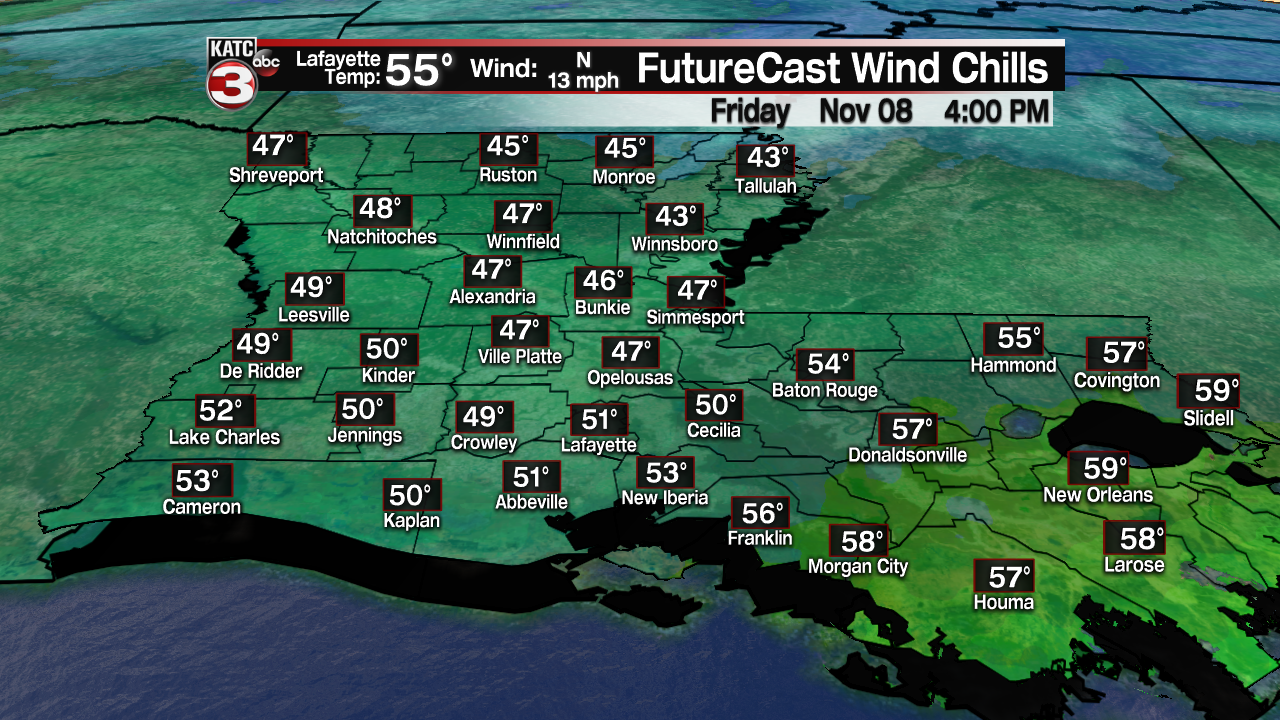 It is going to be a rather dreary day on Friday now that the cold front has pushed through the area, leaving behind plenty of cloud cover and some cold conditions.

Clouds will remain locked in place through the day with clearing not starting until late in the afternoon in areas north of the interstate before moving south the coast.

The cloud layer will keep temperatures mostly holding right where they are in the morning sticking in the low to mid 50s through the day, the combination of moisture and wind though will mean the wind chill will be down in the 40s.

Once we lose the clouds we will cool down dramatically with temperatures falling into the mid 30s for early Saturday morning, setting the table for a clear and cool weekend.

Enjoy the weekend because a major change in the forecast is on the way in the form of this season's strongest front, and most dramatic drop in temperatures.

A line of showers will move in late Monday and Tuesday and lows will bottom out in the upper 20s by early Wednesday morning.

There's been some chatter about the potential for some wintery mix in Louisiana but the model support isn't quite there for it it and it looks like the moisture will out run the temperatures.