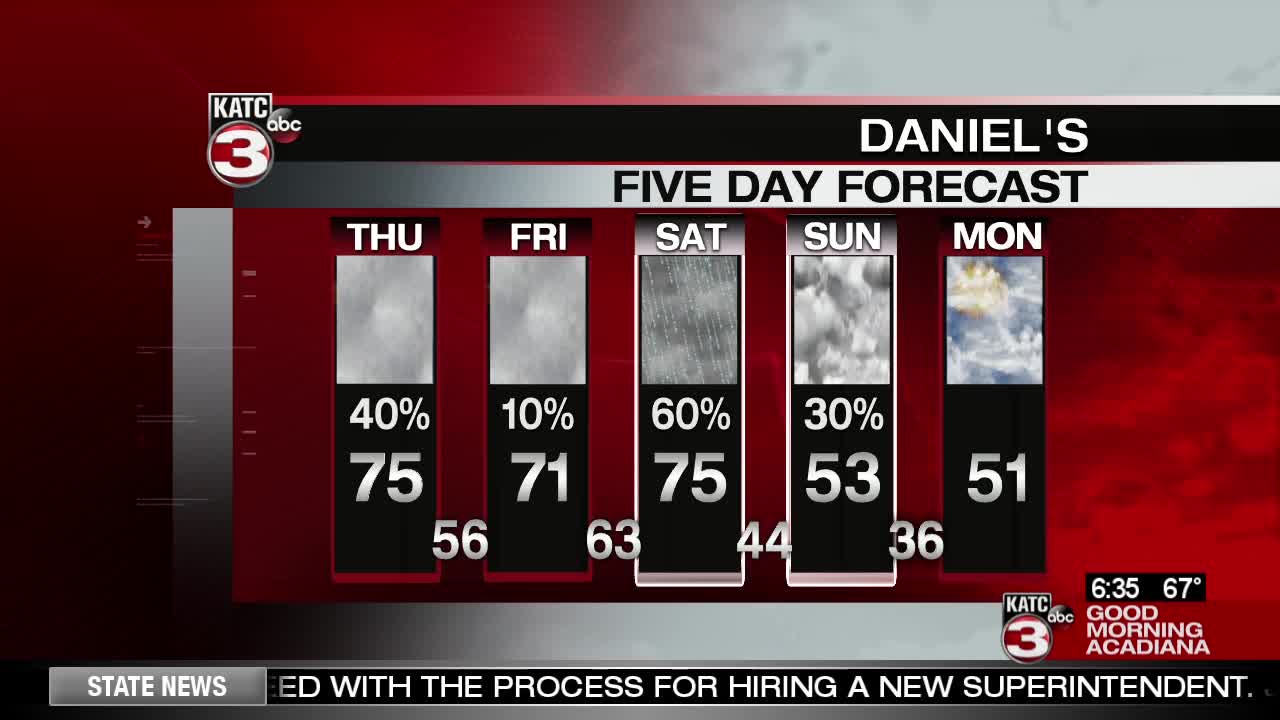 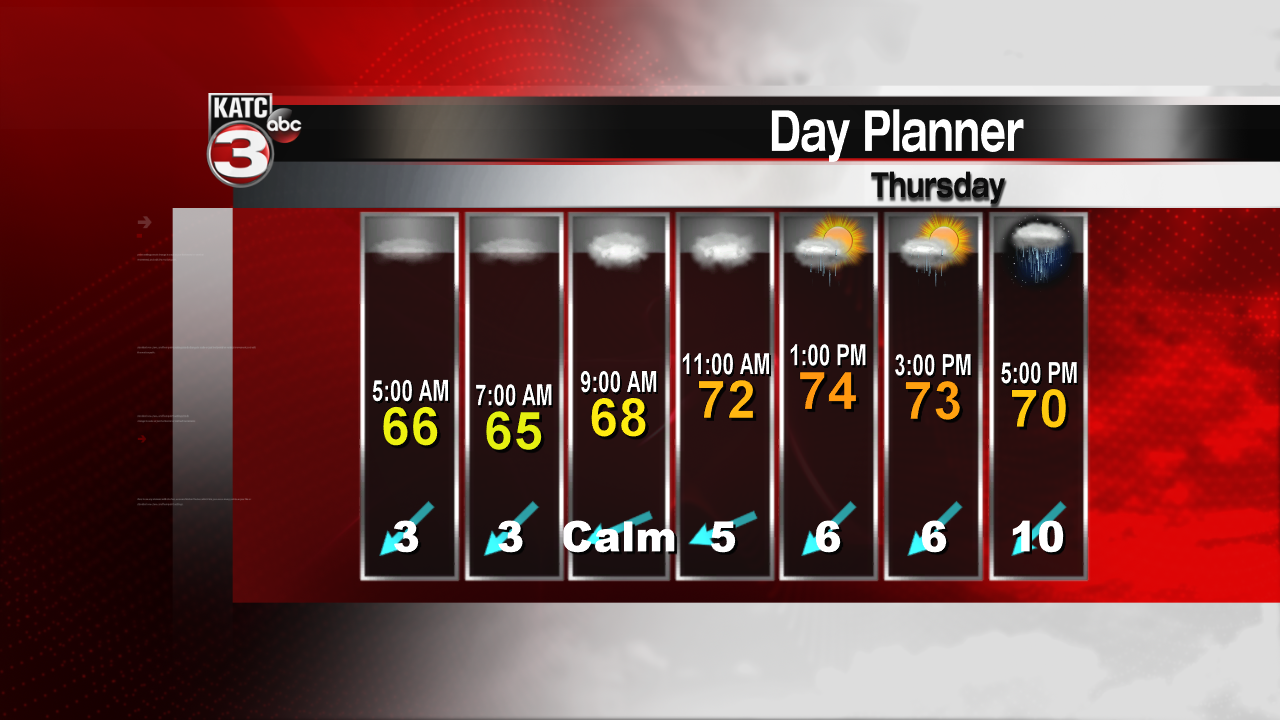 Fog is main issue once again Thursday morning with visibility has dropped below a mile across Acadiana, and even through the majority of the Gulf Coast.

A Dense Fog Advisory is in effect until 10:00 a.m. which means the fog will linger through the majority of people's commute and won't improve until the mid morning.

Once the fog finally lifts it will be mostly cloudy skies, which at times will be able to produce at times a few scattered showers, so be prepared for a few areas of rain.

Temperatures will sit in the mid 70s so while above normal it will be a few degrees cooler than what it has been the last couple days, and lows will be sitting in the 50s overnight.

We won't break up this gray pattern until a front moves through on Saturday bringing showers through the day, and eventually a return of some cold temperatures next week.