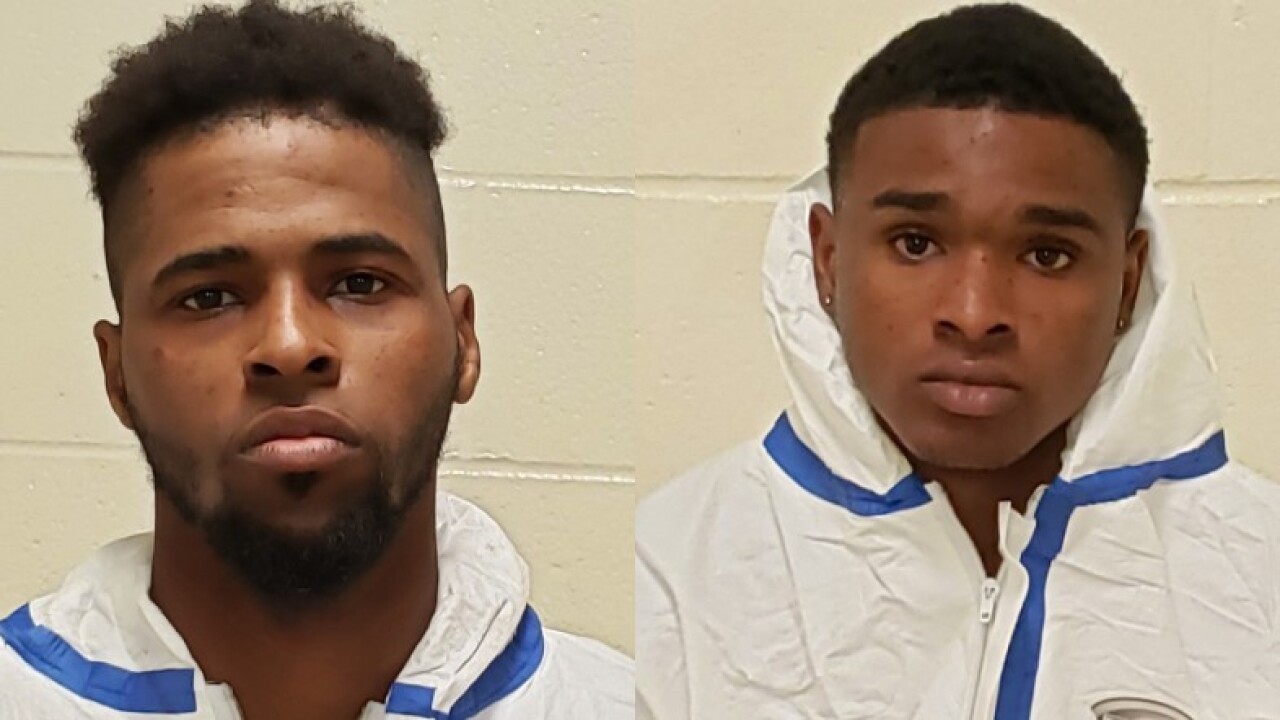 We have more details on the arrest of two Ville Platte men accused of carjacking a pizza deliver driver Saturday night.

Yesterday, we told you that the pair was arrested in Texas, and that no one was injured in the incident.

Today, we've learned from Vidor Police Chief Rod Carroll that the men were arrested Saturday after a brief pursuit.

According to Chief Carroll, his officers were called Saturday by the Orange County Sheriff's Office. Deputies were pursuing a stolen vehicle on I-10. The vehicle exited the interstate and turned onto a dead-end road. The two people in the vehicle fled into the woods, and officers couldn't find them. They let the neighbors know, and at about 7 a.m. Sunday a resident called to report two people asking for directions to Beaumont. Officers arrived, and the two people took off running. Officers caught one man, identified as Williams, quickly. He allegedly was carrying a pistol.

About an hour later, a resident flagged down an officer and said a man came out of the woods, then ran back into the woods. Officers found this person, identified as Gallow, hiding in the brush. He ran from officers, and was found hiding under a trailer house by a K-9 officer.

Last night, Ville Platte Chief Neil Lartigue said he planned to go pick up the men this week after the extradition process is complete.