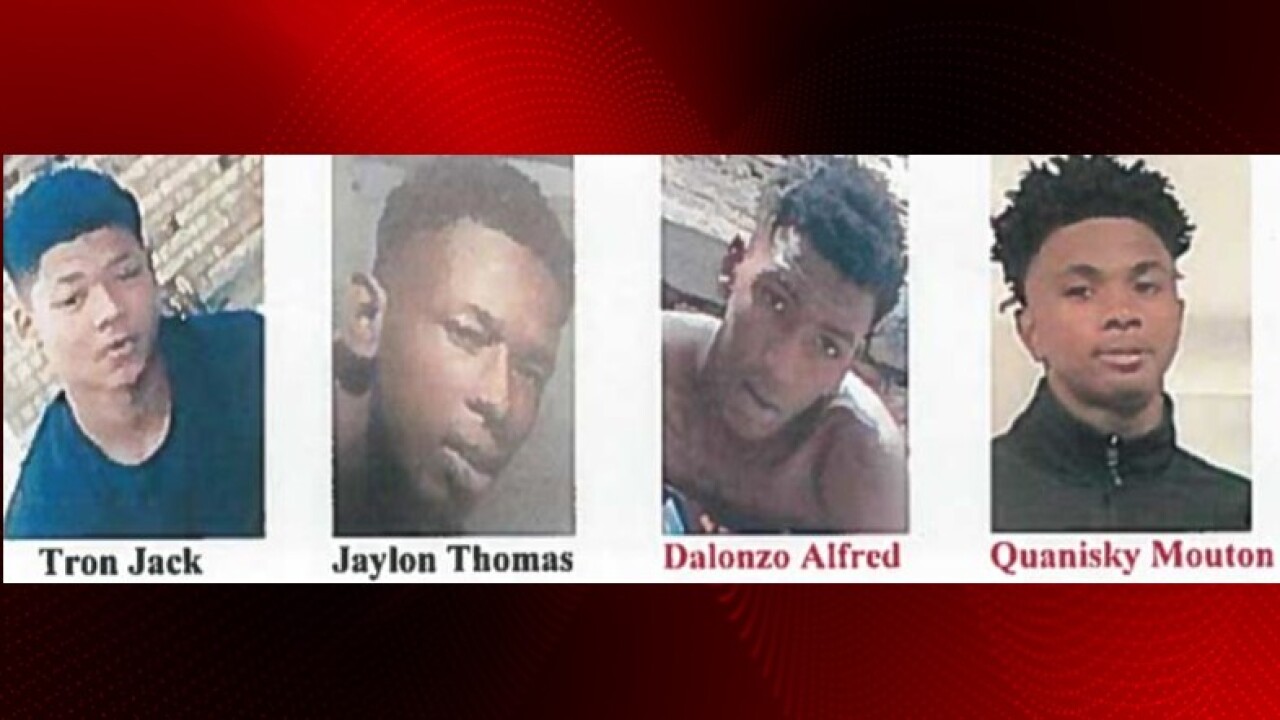 Evangeline Parish Sheriff's deputies are looking for two men in connection with a home invasion.

Two teenagers - Tron Jack, 17, and Jaylon Thomas, 17, already have been arrested. They were arrested in Eunice and are being transported to Evangeline Parish for booking.

Two others - Quanisky Mouton, 18, and Dalonzo Alfred, 19, are still wanted.

All four are accused of being involved in a home invasion that happened Thrusday on Sue Street in Ville Platte. Deputies say three men carrying guns held the victim at gun point in his home while a fourth man waited in the car. The victim told deputies the men took several items from his home after they learned he didn't have any cash. The men took the victim and his daughter in a car to an ATM, but when the victim couldn't get any money out of the ATM the men abandoned the vehicle and ran away.

Anyone with information is urged to contact the Evangeline Parish Sheriff's Office at 337-363-2161. They say the men may be armed and dangerous and shouldn't be approached. All callers can be anonymous.