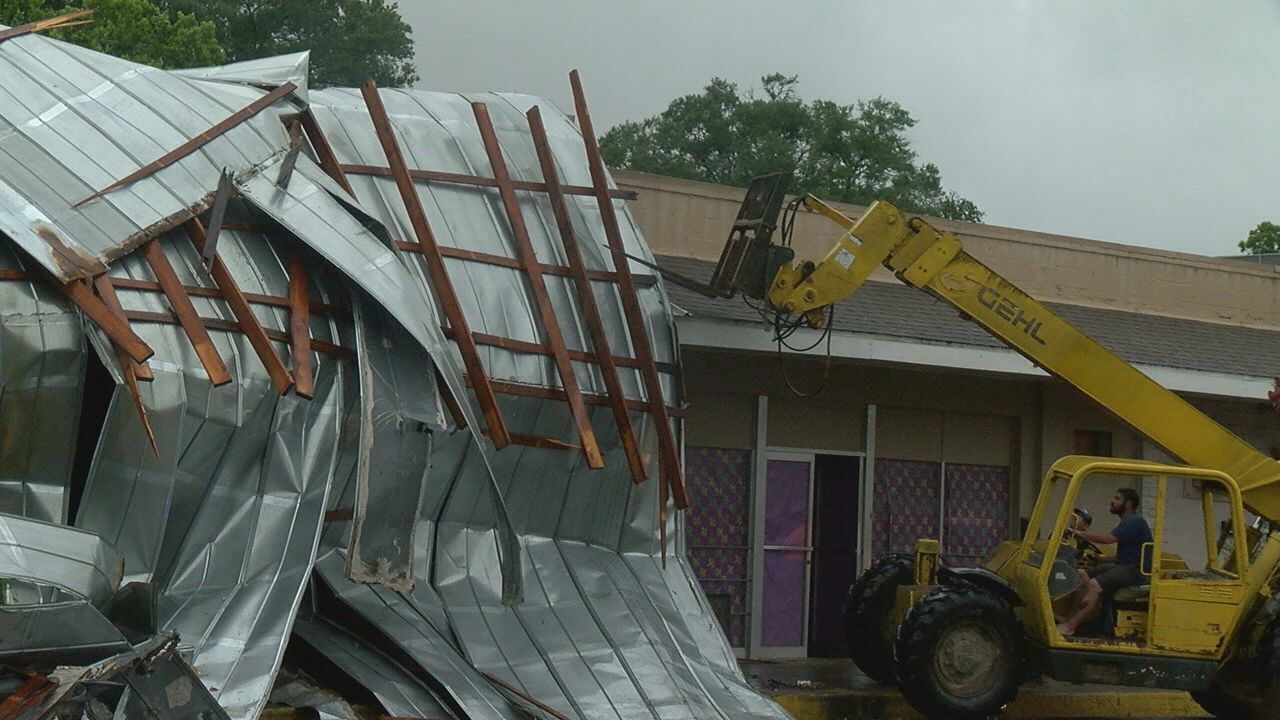 On Friday, several businesses in Mamou were damaged as severe storms moved though the area.

That severe weather has now been confirmed as a EF1 tornado which produced winds at 100 mph.

EF1 tornadoes have wind speeds of 86 to 110 miles per hour. According to the National Weather Service, damage from these tornadoes includes broken glass in doors and windows, uplift of roof deck and significant loss of roof covering, collapse of chimneys and garage doors, mobile homes pushed off foundations or overturned, and moving automobiles pushed off roads. They are the second weakest tornado on the Enhanced Fujita (EF) Scale

Two businesses on 6th street in Mamou received significant damage from the storm. The roof was taken off of the Krazy Cajun Cafe and Da Camp, which is right next door, received similar damage.

Both businesses are taking what feels like another set back as they were preparing to reopen in the near future. Read more here.

Numerous other buildings received heavy wind damage from the tornado and severe storms that ushered it through the area. No injuries were reported.

For a look at the damage from the storm, click here.