Six days to go: How does election polling compare to 2016? 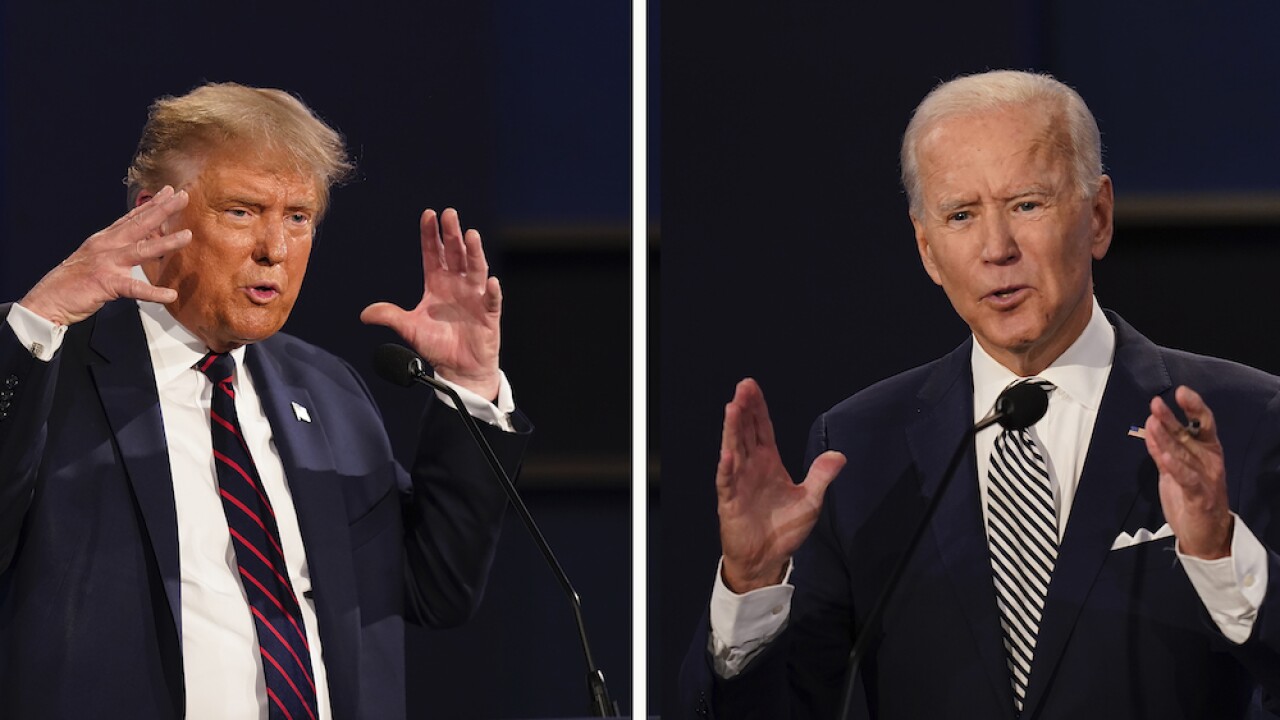 The race for the White House has reached its final week, and millions of Americans have already gone to the polls to cast a ballot in the 2020 presidential election.

On Wednesday, a number of national and state polls were released. In general, Joe Biden is leading Donald Trump in national polls, but battleground polls show a tightening race. A CNN poll of likely voters released Wednesday afternoon showed Biden leading Trump 54-42 in the popular vote, which is slightly tighter than the 57-41 advantage the CNN poll had for Biden in early October.

Another poll, one conducted by the Economist/YouGov, showed Biden leading by 11%. Emerson released its poll on Wednesday showing Biden with a 5% edge. But one poll, the Rasmussen poll, shows Trump actually ahead nationally by 1%. Polls by Rasmussen have generally been more favorable than other national polls.

One national poll released on Tuesday, conducted by CNBC, had Biden up 51-40.

No matter the margin of the popular vote, the number that matters the most is reaching 270 Electoral College votes. And in that respect, Biden is leading in the polls, but his leads in battleground states is much more fragile than his standing in the national polls.

In Wisconsin, a poll released on Wednesday by Marquette gave Biden a 48-43 edge. An ABC News/Washington Post poll of Wisconsin gave Biden a much larger lead of 17%, which is a bit of an outlier from other polls of the state.

In Michigan, Biden held a 51-44 lead in the ABC News/Washington Post poll while he led Trump in the New York Times/Sienna poll 49-41 on Wednesday.

In North Carolina, the race was a statistical tie with Biden’s advantage well within the margin of error in Wednesday’s Civitas/Harper poll.

In Georgia, Biden leads 50-46 in the Monmouth poll.

In recent days, polling in Arizona, Florida and Iowa have generally been within the margin of error. Biden has held a very narrow lead in Pennsylvania.

The landscape of the race six days out is somewhat similar to the 2016 race.

Battleground state polls generally were off by a margin of 5%, which is normal in a presidential election. What made things abnormal was those polling errors were just enough to flip the election for Trump in a number of states.

In Michigan, a Detroit Free Press poll released a week before the election showed Clinton up by 4 percent. She ended up losing by .2 percent.

In Pennsylvania, polls generally gave Clinton a modest lead. Her lead in the final CNN poll was 5 percent a week before the election. She ended up losing by 1 percent.

On the flip side, polling in Nevada did not suggest a Clinton win. A CNN poll had Trump up 51-46 just days before the election. Clinton won the state by 2%.

What is conclusive in polling

While predicting a winner in the presidential election might be a challenge based on polls, they can give an insight on what voters are thinking.

One clear difference in the polls is based on gender. Wednesday’s CNN poll gave Biden a 61-37 lead among women, while Trump won with men 48-47. The poll also showed Biden leading among independents 58-36.