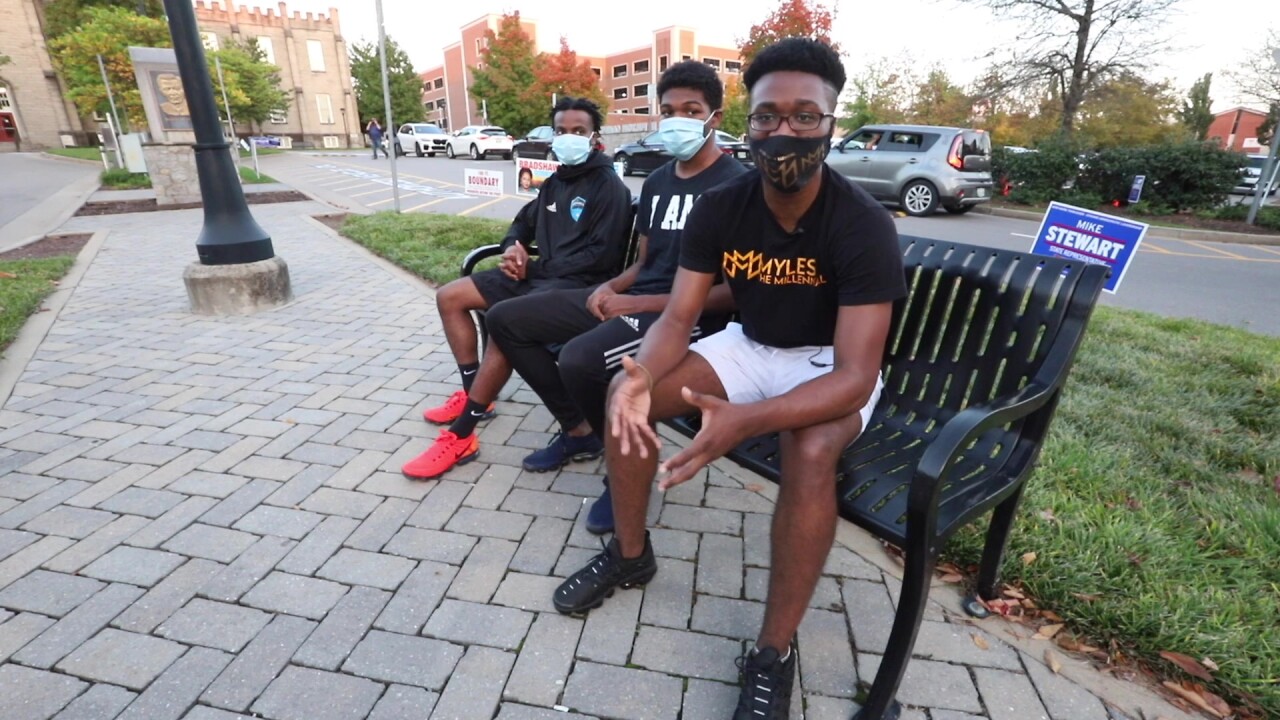 This election season, Demetrius Short is hustling to get his people to the polls.

“We have the wonderful opportunity as African American men to be here today,” Short said to a group of young African American voters outside a polling site in Nashville, Tennessee. “The next John Lewis might be right here.”

Short is the founder and CEO of the Transformation Life Center and Steps of Success 5K, nonprofits mentoring youth living in underserved communities. Now, Short and his team are using physical fitness to inspire political change by leading young Black men on runs and talking about becoming better people afterwards.

“Going out, taking your niece and nephew that may not have a father, being that father or mother example to them and just be the change you want to see,” Short said.

During this presidential election, Short is reaching out to college students from Fisk University, a private historically Black college in Nashville.

Harris says he is motivated to get more members of African American communities to have their voices heard and their votes counted.

“A lot of people don’t vote because they don’t see the point, they don’t understand why it’s so important,” he said.

Many members in the local African American community do understand the importance of this election and are calling this political movement inspiring.

“Us Black folks are still fighting. It’s time for a change, man,” said Norman T. Wilson. “So, it’s good that they are trying to get them to vote. votes matter, whoever they vote for.”

That’s a trend Short wants to change, not by swaying young people’s votes, but through politics, one step and one vote at a time

Editor's note: A previous version of this story erroneously said "African Africans" in the headline instead of Africans Americans. It has since been corrected.