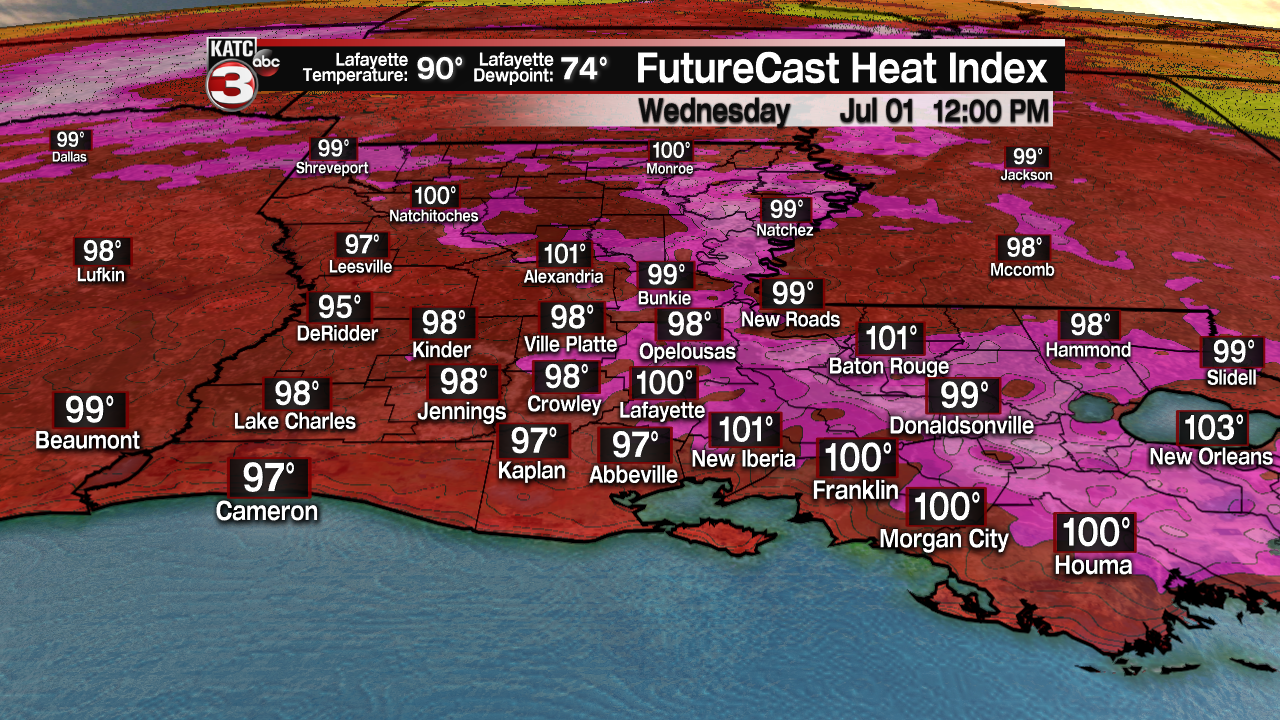 There's a new round of dust that has pushed into Acadiana which will make it another hazy day, although it won't be as dramatic as it was last week.

Temperatures as a result are going to be even hotter Thursday with another few days with the highs in the low 90s and the heat index in the triple digits by about lunch time.

A pattern change in on the way though with a front stalling across Acadiana on Friday and leaving the door open for showers and storms through the weekend and into next week.

These won't be never-ending , blanketing rain fall, instead it is going to be on and off again showers that will be sticking with us until the middle of next week.

Widespread flooding doesn't look to be an issue but with a good downpour or two we may see some localized flooding in low lying areas.