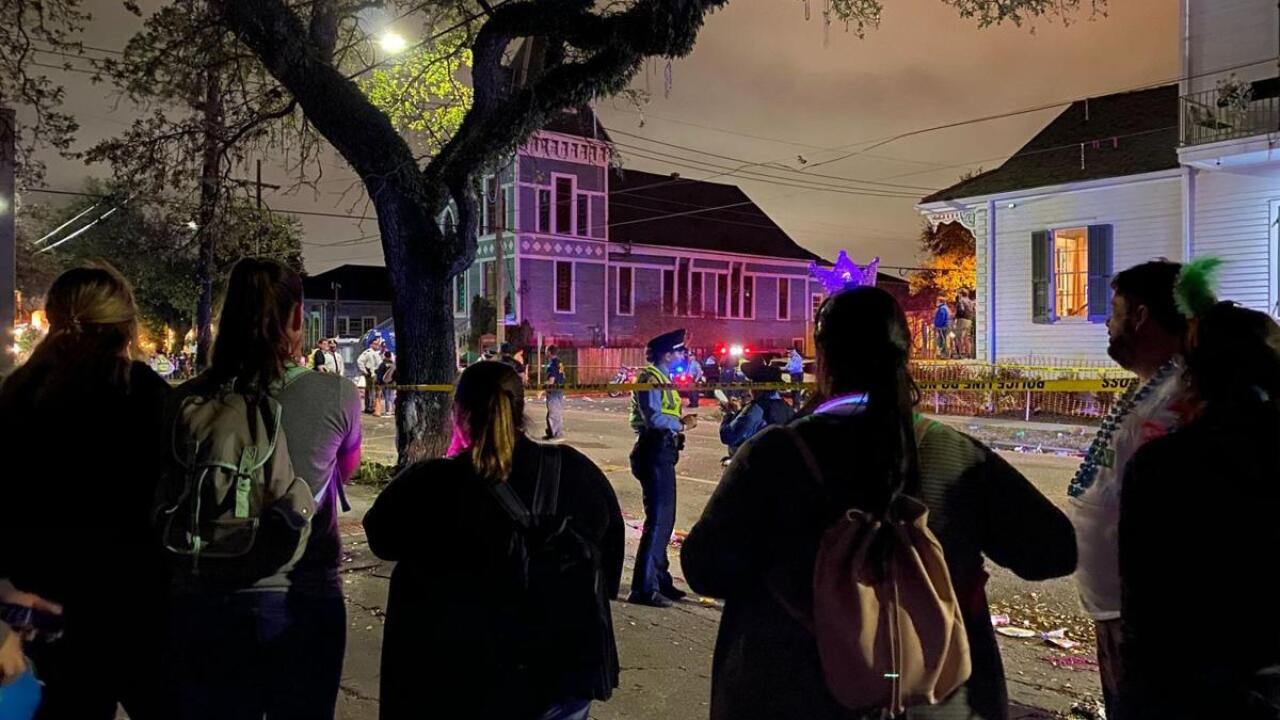 A woman was run over and killed by a float during the Krewe of Nyx parade in New Orleans Wednesday night, according to New Orleans Police.

Police were called around 9 p.m. to the scene at Magazine and Valence Streets in response to a call of an adult female having been struck by a parade float. The victim was declared dead at the scene, police say.

NOPD released the following press release regarding the incident:

Press release from NOPD re: traffic fatality that occurred this evening on Magazine at Valence streets. pic.twitter.com/zfb9sf6Iar

⚠️Emergency personnel responding to incident on parade route at Magazine & Valence. Avoid this section of the route & listen to the instructions of first responders.

The parade, which consists of 44 floats, was halted when the accident occurred, which was around midway through the parade, reports WWL-TV.

Photos provided to WWL by witnesses show the Nyx captain being told by emergency officials about the fatality. The captain released a statement soon after, reading:

On such a a joyous night, this is obviously a tragic occurence," said Lea, through a spokesman. "The parade takes a back seat when something like this happens on the route. On behalf of the entire Krewe of Nyx, along with the city of New Orleans, we offer our most sincere condolences to the family and friends of the individual involved.

Emergency officials said that float #20 will be the final float in tonight's parade. Witnesses tell WWL-TV it appeared float #21 was the float involved in the incident.

Other non-float elements of the parade, such as bands and marching groups, will be diverted to an alternate route and will resume.

No further details were available from NOPD as of Wednesday night. A release states the Orleans Parish Coroner's Office will determine official cause of death and identify the victim upon completion of autospy and notification of family.

This story will be updated with more details as they become available.