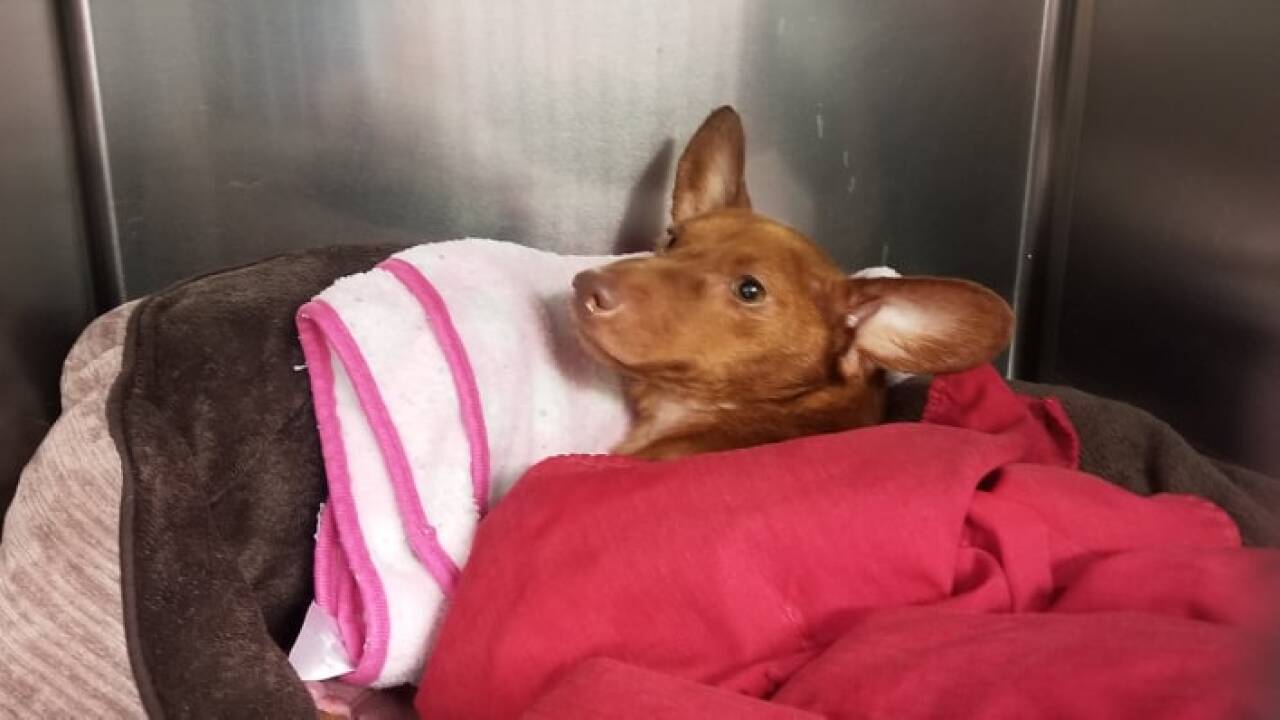 ST TAMMANY PARISH — Three people have been arrested after an abandoned dog was found last week with its hind legs removed.

The St. Tammany Parish Sheriff's Office said they received a call on September 25, after a local animal rescue group received a dog which appeared to have had its two hind legs sawed off.

The Sheriff's Office says they learned that "Buddy" had been shot in February and the owners reported the incident to police. The owners allegedly did not provide proper medical care to the dog.

As a result of being shot, St. Tammy deputies say "Buddy" suffered partial paralysis in his back legs which dragged behind him. They say the owners, identified only as a 50-year-old Slidell woman and her 17-year-old daughter, told detectives the dog's legs "fell off" after they bandaged them tightly.

A board certified veterinarian orthopedic surgeon was consulted and concluded that the wounds on the dog's hind legs were "maliciously inflicted," and not removed by a veterinary professional nor by natural means, according to deputies.

The 17-year-old daughter was allegedly responsible for the dog's condition and was arrested for Aggravated Cruelty to Animals. She was booked into the Florida Parishes Juvenile Detention Center Monday September 30.

Her mother was later arrested on September 30, for Cruelty to Animals for failing to get the dog proper medical care. She was released on a summons.

A 17-year-old friend was arrested on Friday, September 27 for Cruelty to Animals after she allegedly admitted to detectives that she abandoned the dying dog at the mobile home park. She was released on a custodial agreement to a responsible adult.

Deputies are still investigating the case regarding "Buddy" being shot in February following new developments. It is reported that "Buddy" is doing well. A gofundme was set up last week. You can read that story here.