They were last seen in Alabama 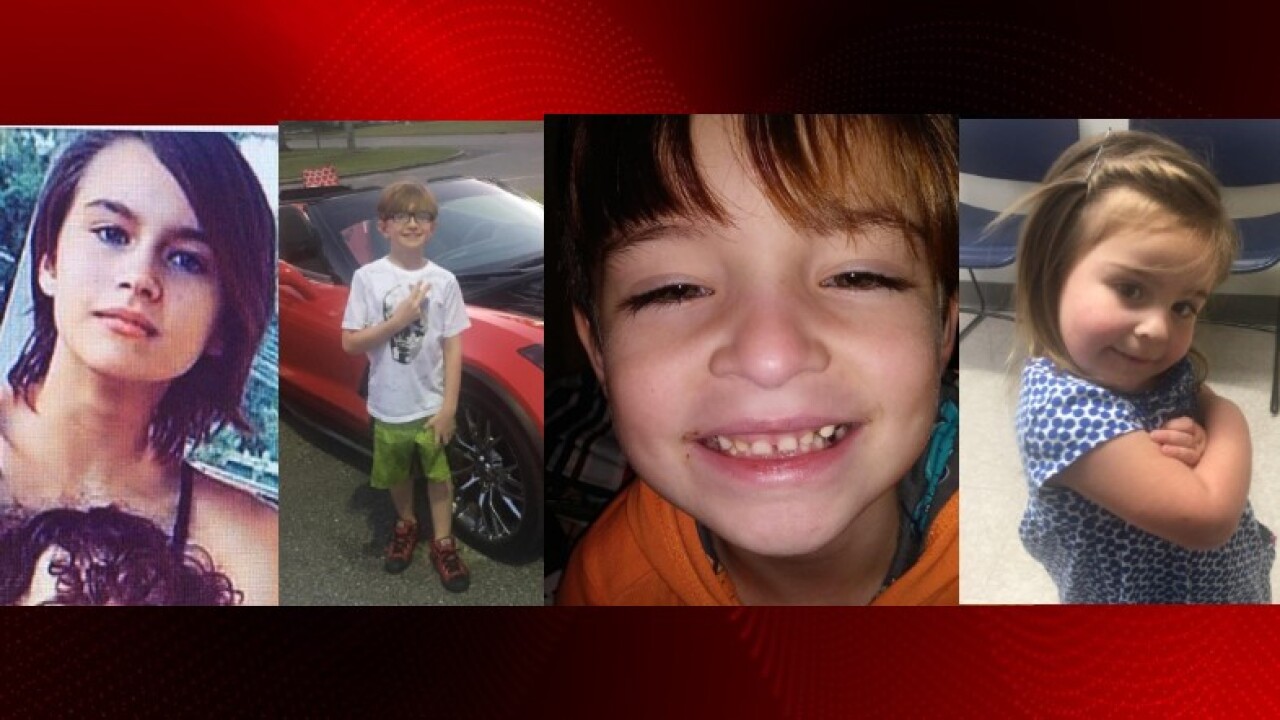 The Washington Parish Sheriff's Office is searching for four children reportedly kidnapped by their parents.

Sheriff Randy Seal says the children were taken from their grandparents' home in Washington Parish by their parents Joshua and Jennifer Abelseth. It is believed that the two have fled the state with the children.

The couple, according to the sheriff's office, lost custody of their children through a court order.

Seal says they were last seen in Alabama in the area of Tuscaloosa or Birmingham. It was not known if they were still in the area or just passing through.

The sheriff's office asks that anyone with information on the whereabouts of Joshua and Jennifer Abelseth or any of the children call the Washington Parish Sheriff’s Office at (985) 839-3434.

“It is critical that we locate these children and have them safely returned," Sheriff Seal said in a press release. "Please help us if you have any knowledge about their actual or possible location so that our investigative division can follow up.”