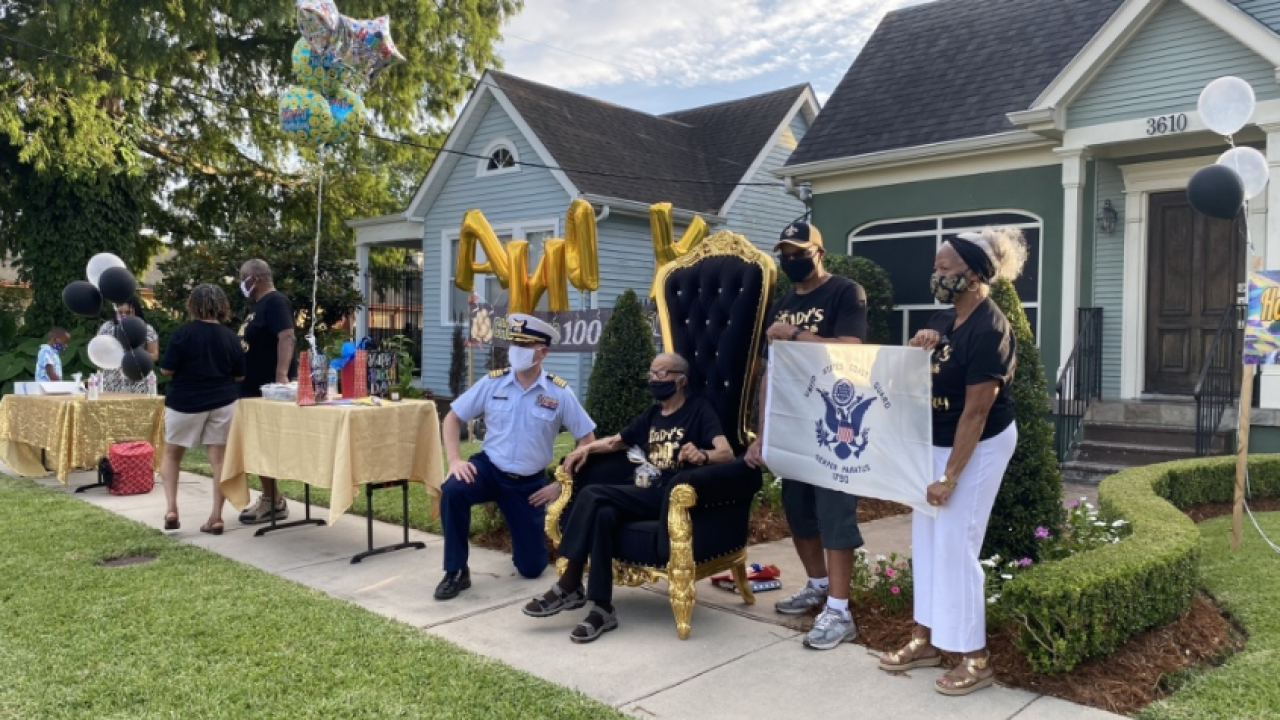 Andy Washington is a World War II veteran who served in the Coast Guard from 1942-1946. A parade of well-wishers drove through his neighborhood to celebrate with him.