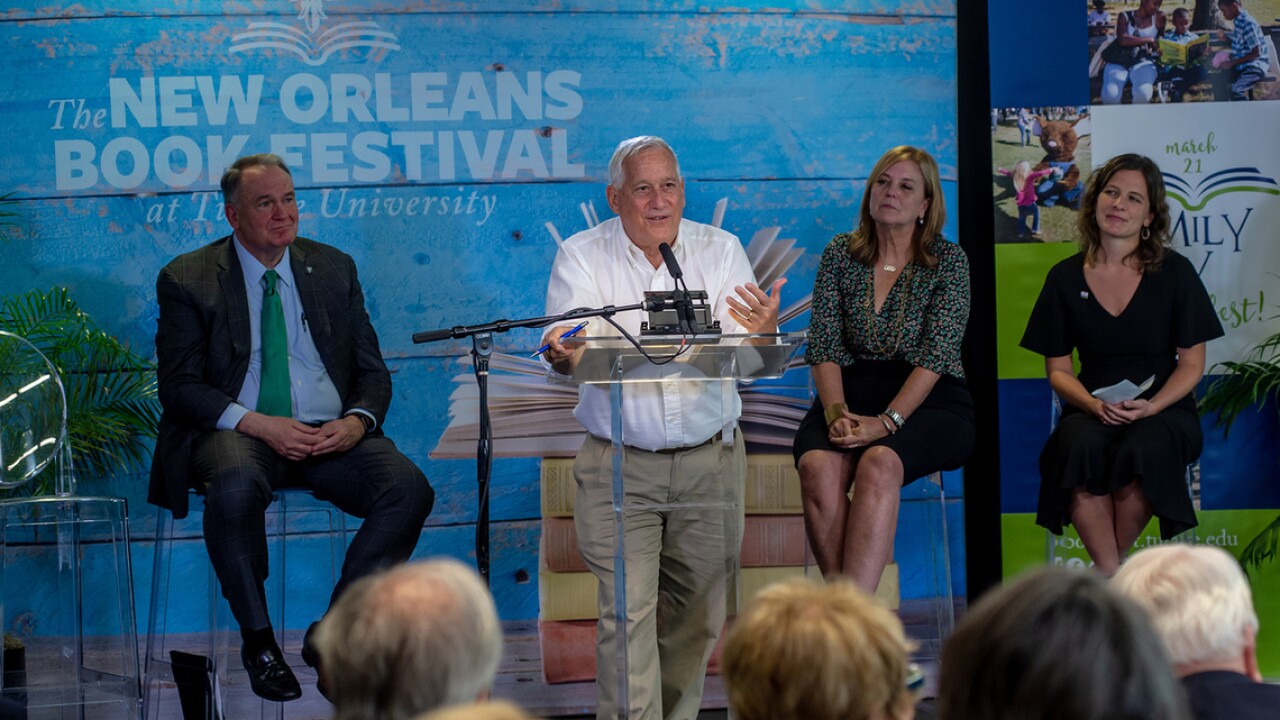 The New Orleans Book Festival at Tulane University announced today the daily lineups of more than 100 celebrated and rising authors for its inaugural weekend, March 19-21 on Tulane University's uptown campus.

General admission tickets for Thursday and Saturday keynote events are $10 each. Students will be admitted free with a valid identification card. Click here to purchase tickets.

Each day will include panel discussions, moderated conversations, keynote lectures, book fairs and workshops and at least one major plenary session featuring a leading author.

The full daily lineup of authors for the 2020 New Orleans Book Festival at Tulane University includes:

A full schedule with times and locations will be announced in early March.