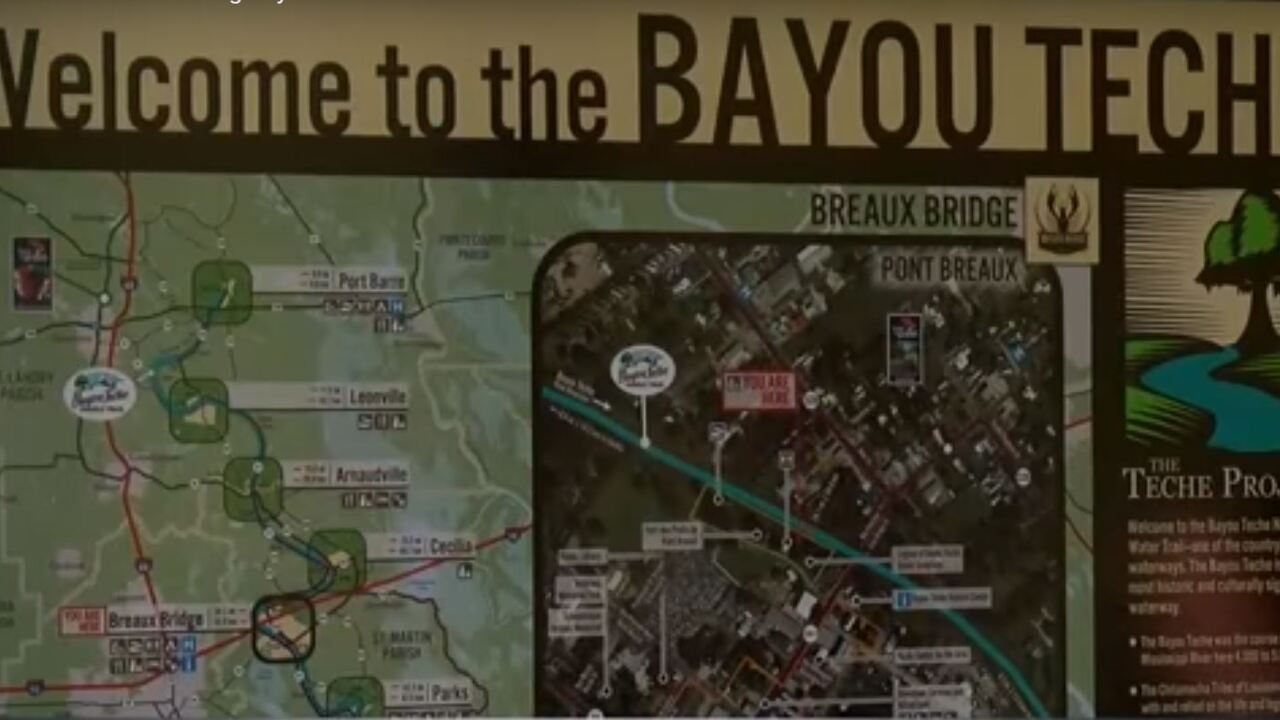 The Atchafalaya National Heritage Area awards grant to support the production of 16 information kiosks providing a new means of telling the stories of the Bayou Teche/Atchafalaya corridor and its communities.

Bayou Teche is often described as Louisiana's most historic and culturally significant waterway. The TECHE Project is the nonprofit organization representing the many assets of Bayou Teche and the Lower Atchafalaya and Atchafalaya rivers. In 2015, The TECHE Project received the designation of "National Water Trail" from the U.S. Department of the Interior National Parks Service program. This recognition is one of 21 such designations in the United States and the only one in Louisiana.

"Water has always been essential to Louisiana's culture and heritage, and these kiosks will help further the telling of the stories along Bayou Teche, stories that Feed Your Soul," says Lt. Gov. Nungesser.

The TECHE Project, the all-volunteer, nonprofit management organization for the Bayou Teche National Water Trail, leads programs and produces events to Embrace, Explore and Enrich this important natural, historic, scenic, cultural and recreational resource. Conni Castille, the administrator of this successful grant application, emphasized the importance of the award: "The Bayou Teche National Water Trail is one of Louisiana's most important resources, and this grant will assist towns, businesses and property owners in realizing the vast potential the waterway offers. This will further connect and support all interests along our 135-mile wonderland of the South!"

Eight of the 16 kiosks have been installed, with the remaining eight scheduled for installation over the next 12 months.

Each information kiosk measures 4 feet wide by 5 1/2 feet tall and holds two panels: an orientation panel and a community panel. The orientation panel depicts a waterway-long map, safety tips and an inset map of each trail town. The community panel presents stories about the locality, the waterway, wildlife and native plants, and helpful advice for exploring Bayou Teche and the Atchafalaya corridor.

"For many towns along the Teche and Lower Atchafalaya and Atchafalaya rivers, these information kiosks serve as a primary 'storyteller,'" says David Dahlquist, kiosk designer. "Our primary design objective is to provide information that is easily accessible, useful and encourages people to learn and do more in each town and all along the waterway."