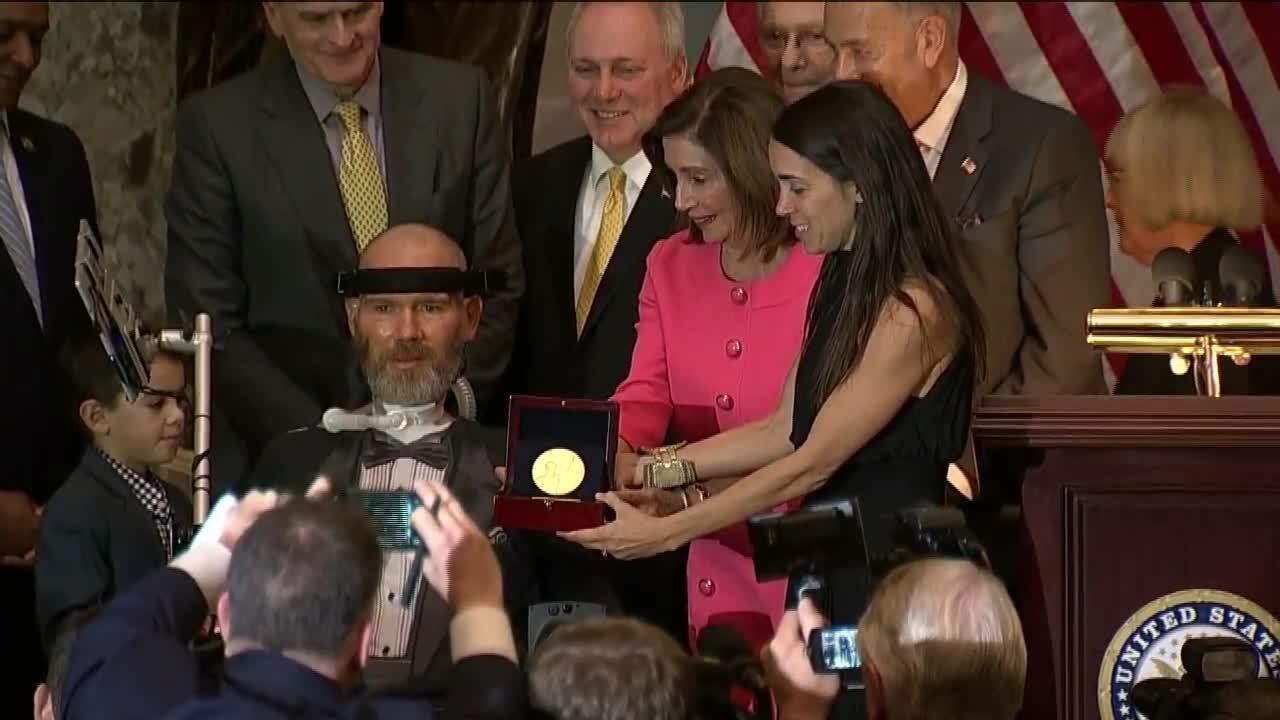 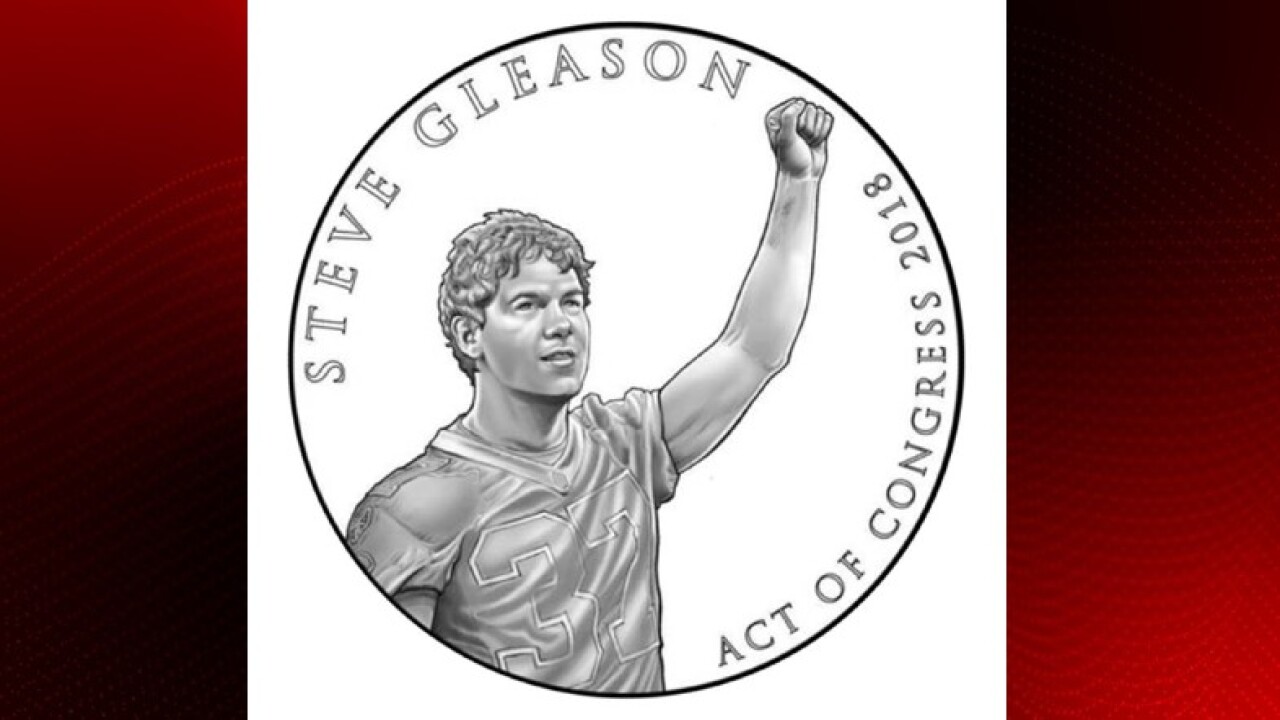 Following the presentation to Gleason, Saints Quarterback Drew Brees spoke to those in attendance. Watch here.

The date of the ceremony was announced Friday, January 10, a full year after lawmakers approved to award Steve Gleason with the Congressional Gold Medal.

U.S. Senator Bill Cassidy was the original filer of the legislation to award the medal and says he worked closely with Gleason’s charitable organization, Team Gleason on the project.

“Steve Gleason has shown tremendous courage and resolve in the face of ALS. He has remained positive in the face of extreme adversity, inspiring all who hear his story. Steve deserves this medal, and I look forward to his presentation ceremony,” said Dr. Cassidy.

Gleason helped to work on the medal’s design, which features him in his Saints jersey. It also honors his home state of Washington, with an image of a mountain and alpine forest.

Gleason was diagnosed with ALS in January 2011.

The bill to award Gleason was approved in June of 2018 and passed that December. The bill was signed by President Trump in early 2019. Read our original story here