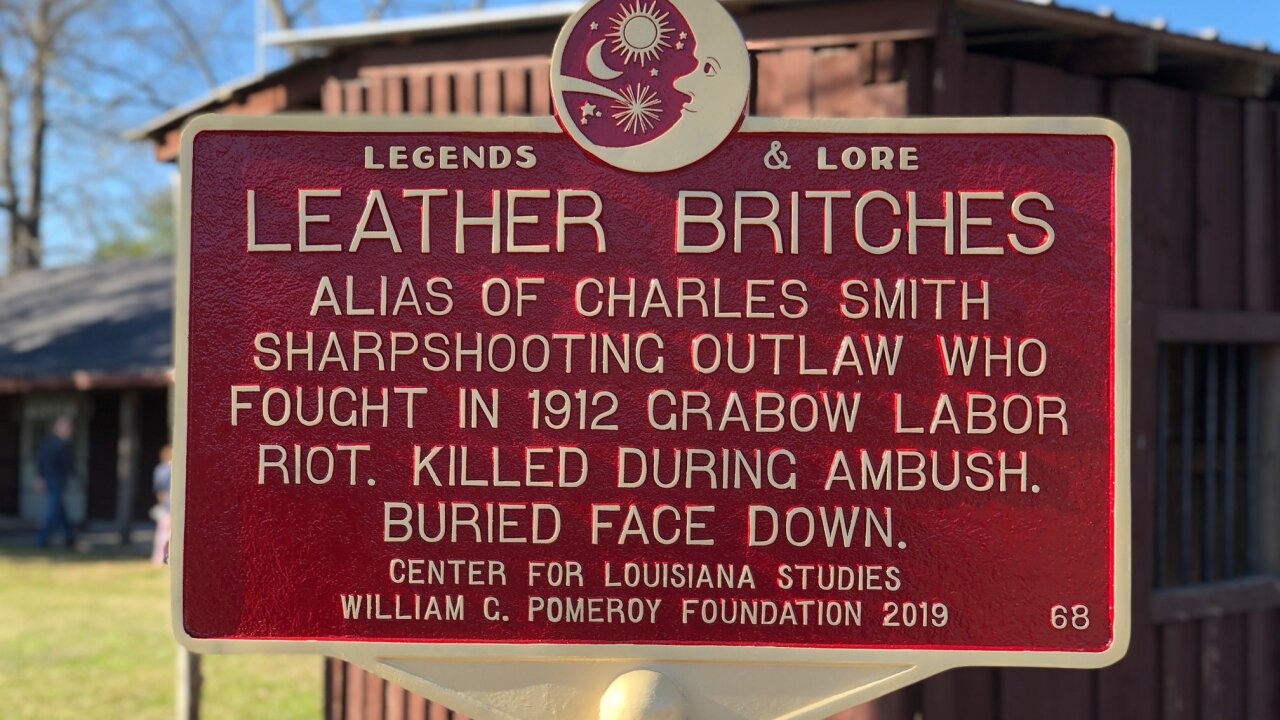 The Center for Louisiana Studies at UL Lafayette and the William G. Pomeroy Foundation partnered to install the state's first Legends and Lore Marker in Merryville.

Unveiled in a ceremony at the Merryville Historical Society and Museum in Beauregard Parish on Friday, February 7, the marker honors the legend of "Leather Britches" Smith.

"Leather Britches," whose real name was Charles Smith, was an outdoorsman and perhaps infamous outlaw who roamed the "Neutral Strip" along the Texas and Louisiana border in the early 20th century, according to a release from the Center for Louisiana Studies.

Smith is known for helping to start a riot in 1912 between timber companies and striking workers that left four dead and 50 hurt. He was able to avoid capture, but was later killed by sheriff's deputies, and his body was publicly displayed.

The legend goes that because he was an outlaw, he could only be buried on the edge of the Merryville Cemetery, where some say he was buried face down.

UL Center for Louisiana Studies Director Dr. Joshua Caffery and Assistant Director John "Pudd" Sharp spoke at the ceremony, along with Dr. Keagan Lejeune, a professor of Folklore and English at McNeese.

The marker, according to the Center, is part of a nationwide initiative funded by the William G. Pomeroy Foundation in Syracuse, New York, which "aims to promote local folklore, tales, and traditions through cultural markers." The Center for Louisiana Studies is the foundation's Louisiana partner.

For more information on the program and to apply for a Legend and Lore Marker in your area, click here.