SFM K-9 who assisted in St. Landry church fires investigation retires after near decade of service 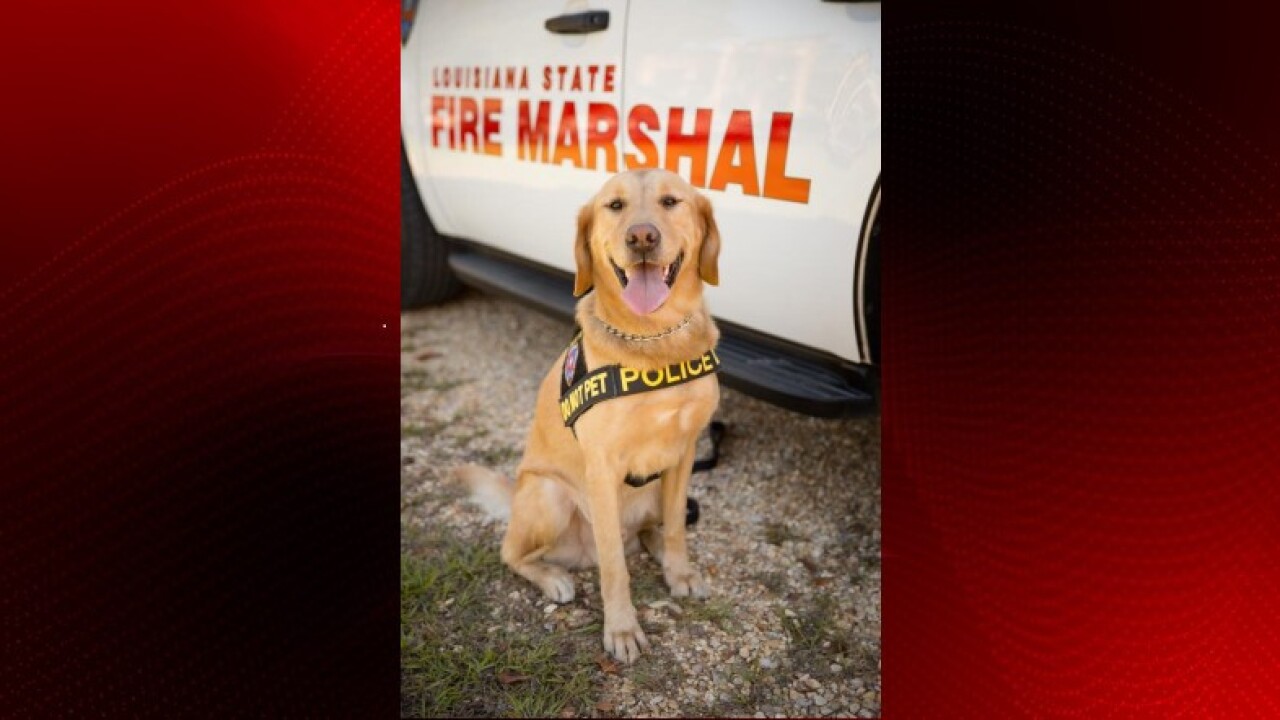 A K-9 officer with the State Fire Marshal's Office who assisted in the investigation into the St. Landry Parish church fires is retiring.

K-9 Monty, a 10-year-old golden Labrador, joined the SFM in 2012 and is retiring after almost a decade of service.
Monty has worked on many cases across the state, but mostly in South Louisiana. Most notably, he assisted in the 2019 St. Landry church fires, where his skills led investigators to discover the gas can used in one of the fires. The can helped identify the suspect and eventually connected the suspect to all three fires. Monty also has investigated a suspicious fatal fire in St. Helena Parish, an intentionally set fire at an occupied apartment complex in Slidell.

Monty began his career as a guide dog for the visually impaired and was eventually certified as an accelerant detection K-9 through the Alcohol, Tobacco, and Firearms Bureau before coming to the State Fire Marshal's Office.

Monty is a friend to all other animals and enjoys cuddle time with his handler, Lt. Brian Mashon, and his family. He'll stay with Lt. Mashon's family through his retirement.

"Monty has been an integral part of the success of this agency, not only in crime solving but in our public education efforts, both of which have saved lives," said State Fire Marshal Chief H. "Butch" Browning, "we wish Monty a restful and playful retirement and we thank him for his service to this state and its citizens."