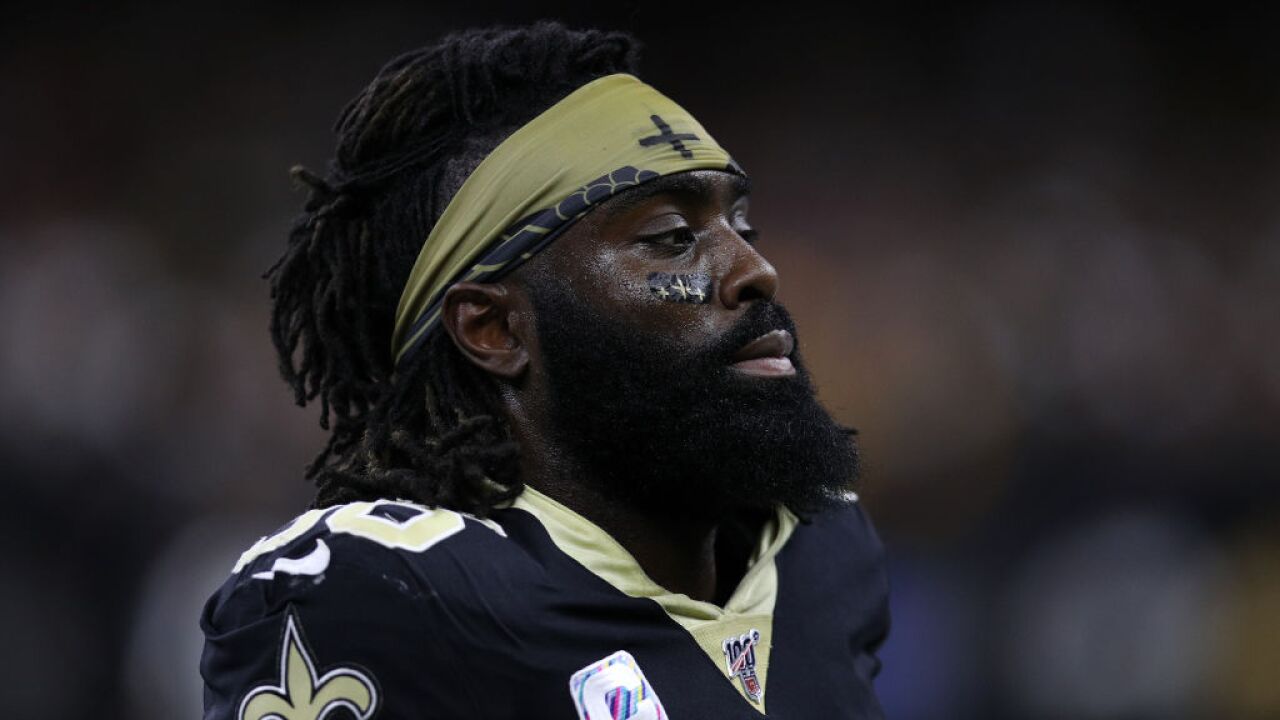 The NFL is no longer requiring Saints linebacker Demario Davis to pay the fine he received for wearing a "Man of God" headband during a September 22 game against the Seattle Seahawks.

Davis made the announcement that he had won his appeal over the fine in a Tuesday, October 8 Instagram post.

"So my agent just told me that I won my appeal and won't have to pay the headband fine," his post begins.

A fine of $7,017 was issued by the NFL as a first-offense uniform violation. The league does not allow the display of "personal messages" as a part of player uniforms.

The NFL tells CNN that they often rescind fines in these cases when a player demonstrates an understanding of the rule and compliance moving forward.

Following the fine, Davis made the announcement that he would be raising funds from headband sales in partnership with St. Dominic Hospital in Jackson, Mississippi.

In his post Tuesday, Davis adds that over almost $40,000 has been raised from the purchase of headbands.

He also thanked St. Louis King of France Catholic School students in Metairie who showed their support by creating their own "Man of God" headbands.

According to the Advocate, around 400 students gathered for a photo in the school playground. See Davis' Instagram post below:

WOWWW look at this!! So my agent just told me that I won my appeal and won't have to pay the headband fine!! Then I see that St. Louis King France came together today to support the movement! Won’t he do it! Look at all these beautiful children of God! Always glory above so I’m taking every penny of that original $7,017 fine and donating it to @stdomhospital anyways. So far, we’ve raised over $30,000 for them from the headbands!! That means yall helped me turn a $7,000 negative into an almost $40,000 positive benefiting people who truly need it!!! Do y’all see how that worked?? Let’s gooooo. That’s crazy! Ya’ll are a part of this journey too!! I can’t thank ya’ll enough either. We on a mission over here obstacles are meant to be conquered!! I’m truly blessed as anybody. We’re restocked on the site with more #ManOfGod and #WomanOfGod color options and have added #ChildOfGod. If you haven’t purchased yours yet or didn't get the color you wanted, donations will continue to go to @stdomhospital so now is the time to stock up! Thank you, thank you, thank you!! #ManOfGod #WomanOfGod #ChildOfGod #WhoDat #TheSaintsAreTheBestTeam Get your headband at: bit.ly/56manofgod (link in bio)

"Yall helped me turn a $7,000 negative into an almost $40,000 positive benefiting people who truly need it," Davis' post continues. "Ya'll are a part of this journey too!! I can't thank ya'll enough either. We on a mission over here obstacles are meant to be conquered!! I'm truly blessed as anybody."

The bands come in several colors and, according to Davis, can be purchased with the Man Of God, Woman Of God, and Child Of God option.

Donations from the purchase of headbands will continue to go to St. Dominic Hospital's Emergency Department.