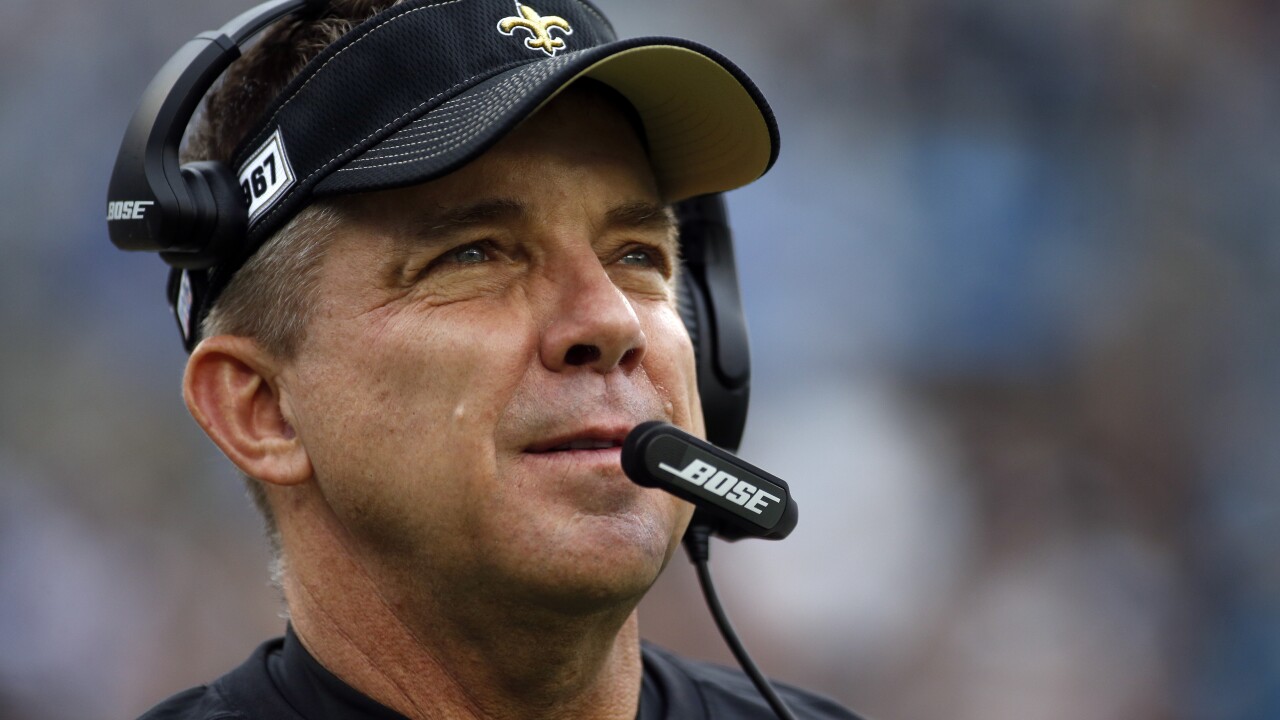 Sean Payton, head coach of the New Orleans Saints and the first person in the NFL community known to have tested positive for COVID-19 gave an interview from his home, where he's in isolation.

To watch the video, scroll down.

Here's the transcript of the interview:

We're going to bring in Sean Payton, the head coach of the New Orleans saints and the post person there known to have tested positive for the coronavirus. First off, how are you feeling?

SP >> Good morning, Mike. I'm feeling okay. I would say it's been a week now, a week today that I got tested so it's Monday. Mostly fatigue. When I went in last week on Monday, I had more chills. I had a little low grade fever, certainly felt like I had the flu just as we all know what that feels like where you just want to lay in bed and not do anything. Then gradually during the course of this week I would say I've progressively gotten a little better each day. I haven't had to deal with any respiratory issues. Thursday is when I found out the test came back positive.

>> What went through your mind when you found out the test came back positive?

SP >> Well, I think -- I kind of was under the impression or the assumption it was going to be positive. Talking with our team doctor, he said more than likely it's probably an 85% C chance this time of the year the symptoms you're having, you know, it's going to come back positive, but we do want to get a test on that. So that was Monday, that discussion. I think it was the chills. It was those early symptoms that were, for him, signs that it wasn't this time of the year just going to be a normal flu. So I think by the time Thursday came I felt like my progress had steadily gone maybe in an upward pattern, still getting tired, still getting fatigued. You might get up and start working on a section of the house or cleaning the dining room or something and then in about 20 minutes just feel like you wan to lay down again and take a nap. So I wasn't as concerned. I just recognized though what that was going to mean relative to being in this house for quite a while.

>> We've seen images, coach, of people partying from New Orleans to Miami. You're a head coach. Part of your job is connecting and motivating people, so what can you say to these people who aren't listening to these urgent calls for social distancing and how important it is?

SP >> Listen, I think we're seeing state by state, states making it really a law first off, and then secondly, every one of those people, yourself, myself, we all have someone that we know very closely. For me, my parents are both deceased but elderly people that are close to us, that are important to ,, and the idea that you could be invincible per se when you're younger, first off, there's younger people that are actually dying from this virus, and then secondly the idea that you might transmit or carry this to someone that isn't healthy enough to withstand it or even a health care worker that we need to take care of someone that's close to us. So I think the minute that people really start looking not only close to home but, man, there's some common sense here, and there's so much science right now and there's too much data for us to be ignoring that. You get terribly frustrated when you see that.

Sean Payton Interview
Copyright 2020 Scripps Media, Inc. All rights reserved. This material may not be published, broadcast, rewritten, or redistributed.