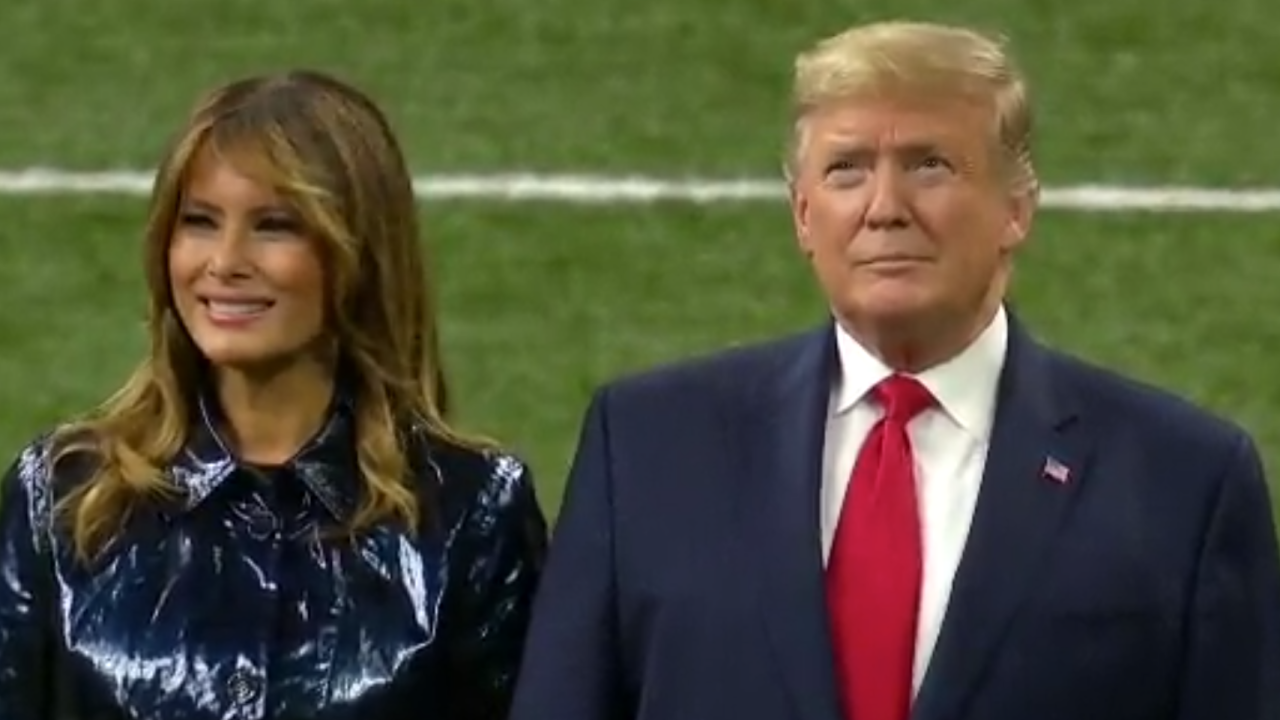 The crowd also broke into chants of "USA, USA."

The president and first lady walked onto the field Monday night for the singing of the national anthem.

Trump won a nearly 20-point victory in Louisiana in the 2016 presidential election.

LSU then won the coin toss and kicked off to Clemson, which was forced to punt on its first possession.

President Donald Trump has arrived at the New Orleans Superdome to watch No. 1 LSU and No. 3 Clemson battle square off in the College Football Playoff championship game.

Trump arrived at the domed stadium shortly before the game's scheduled kickoff. He was accompanied by his wife, first lady Melania Trump and South Carolina U.S. senators Lindsey Graham and Tim Scott. Graham and Scott are Republican, like the president.

Trump predicted that it will be a "great game" as he departed the White House.

Trump is familiar with LSU. He took attended a November game in Tuscaloosa, Alabama, when the Tigers beat the Crimson Tide.

The president hosted many of Clemson's players and coaches at the White House in January 2019 after the team won the 2018 national championship.