UPDATE: Texas man killed in I-10 crash near Grosse Tete 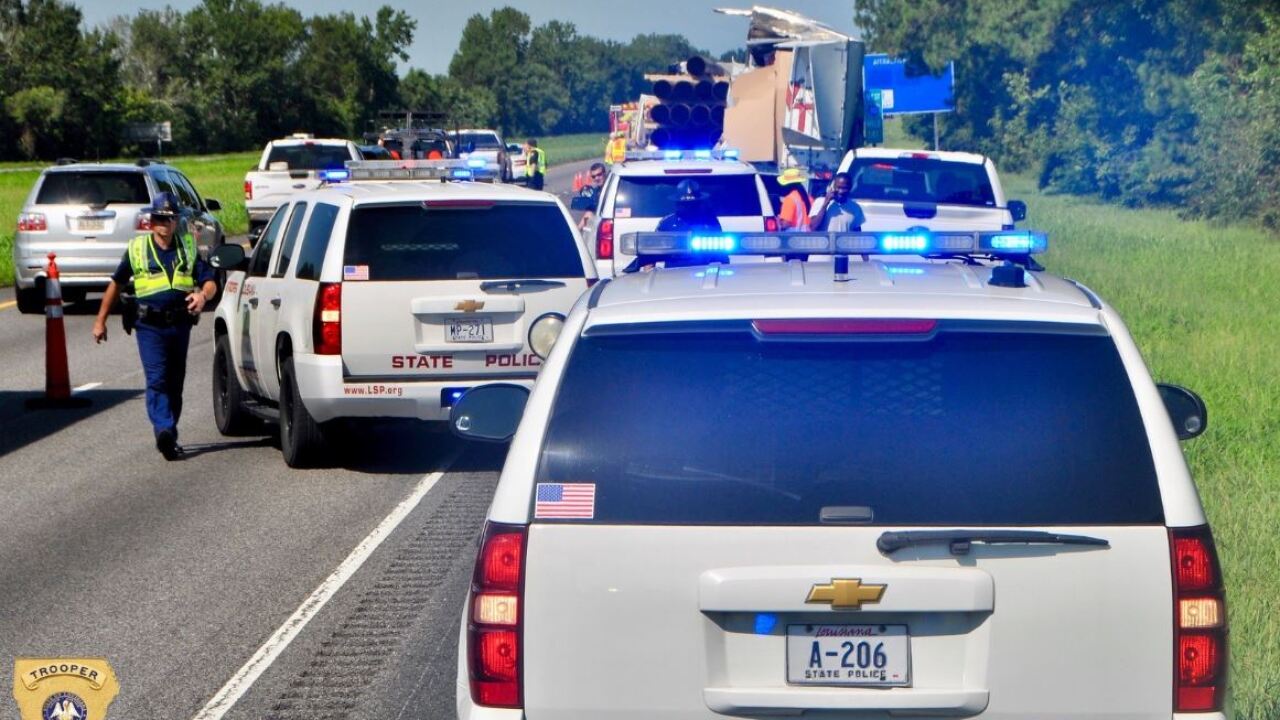 Troopers say that shortly after 8:00 am on July 25, 2019, they began investigating a four vehicle fatal crash on Interstate 10 westbound west of LA Hwy 77 in Iberville Parish. The crash claimed the life of 82-year-old Robert McCarty of Texas.

McCarty, who was outside of his vehicle on the shoulder, was struck and sustained fatal injuries as a result of the crash. The other drivers involved were properly restrained and sustained minor to moderate injuries. Impairment is not suspected to be a factor in this crash.

This crash remains under investigation, and charges may be pending. There is no further information available at this time.

All lanes are open I-10 West before LA 77. Congestion was at 18 miles in length.

The right lane is currently blocked as first responders investigate the crash.

According to the Advocate, state police say that the crash involved four 18-wheelers. One 18-wheeler driver was killed and the other drivers received minor injuries. The identity of the driver has not been released.

An investigation into what led to the crash is ongoing.

Expect delays and avoid the area if possible as crews work to clear the roadway as quickly and safely as possible.