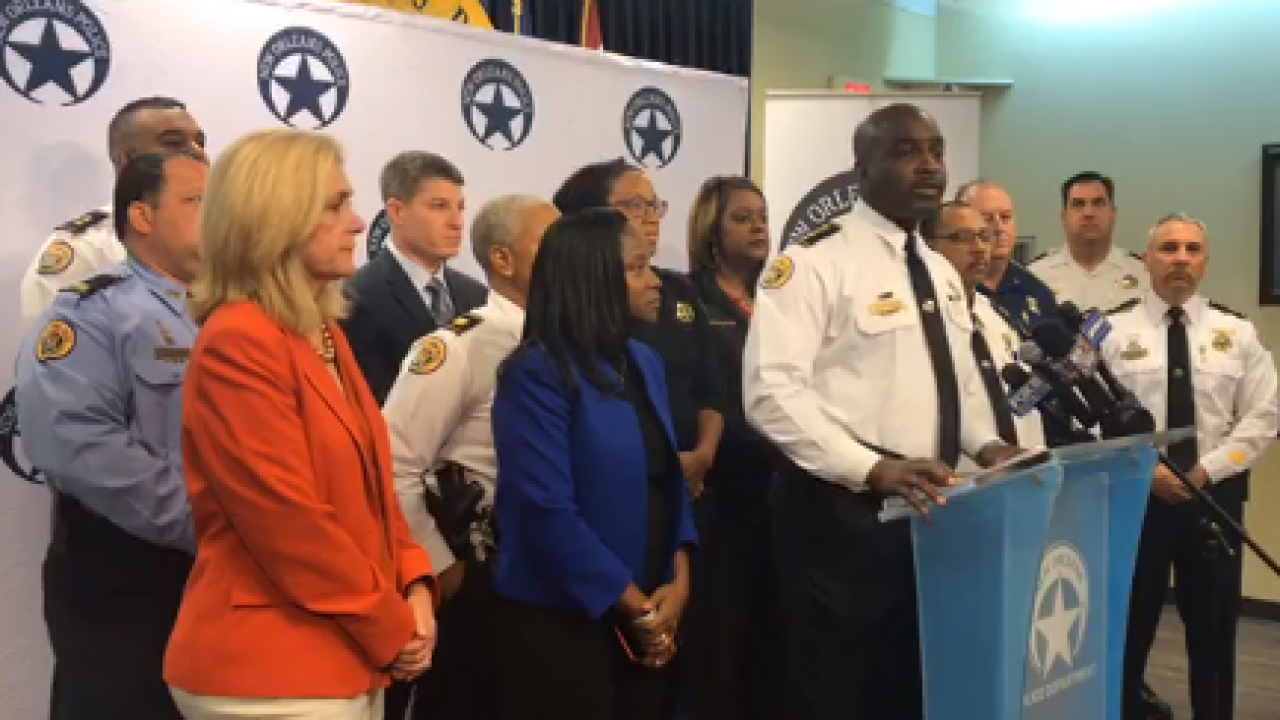 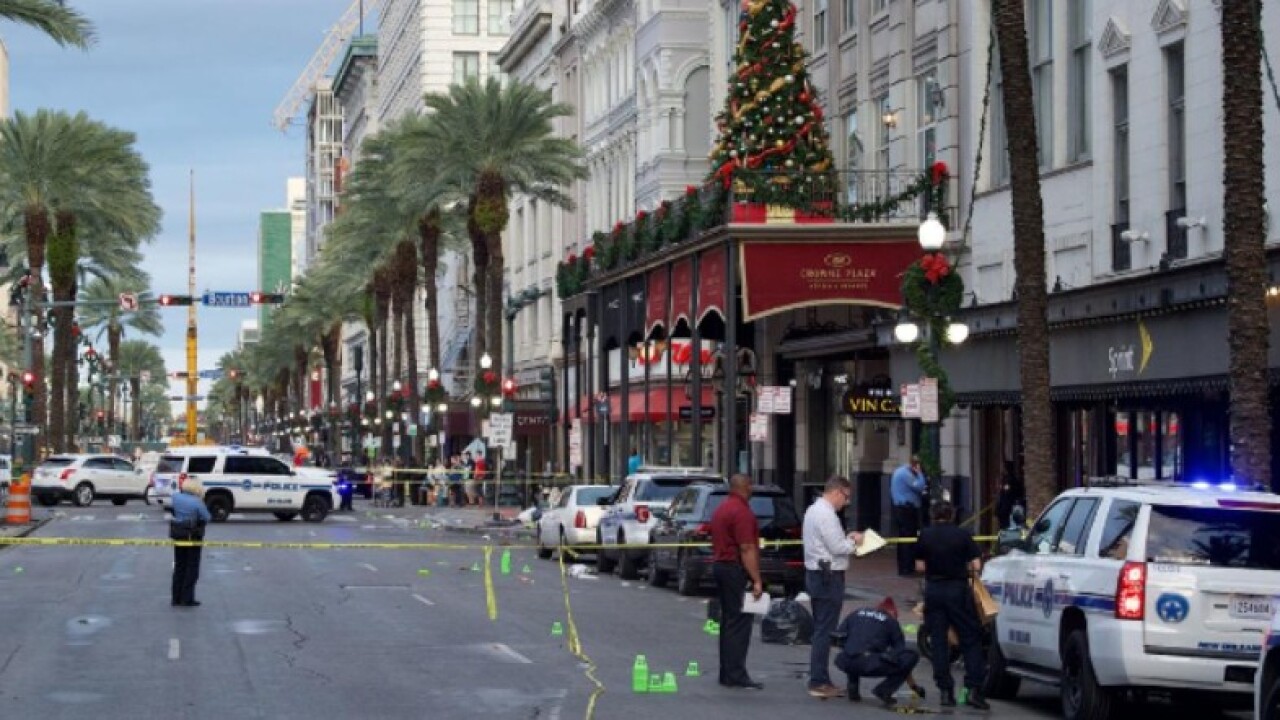 NEW ORLEANS (AP) - The New Orleans police chief says some type of personal feud is believed to have sparked a mass shooting that injured 10 people at the edge of the historic French Quarter.

Video of the shooting is now being released.

Police Chief Shaun Ferguson stressed that the early Sunday morning shooting was not an act of terrorism. He said the investigation indicates the feud involved people from outside the New Orleans area.

But Ferguson had little more information at Monday's news conference. No suspect has been identified and it's unclear if any of the victims were targets.

There is a $10,000 reward for information leading to an arrest and indictment in the case.

The shooting took place as thousands visited the city for the Bayou Classic, the annual Thanksgiving weekend football game between Grambling State and Southern University.

10 victims, five males and five females, were injured in the shooting. All are in stable condition at this time and two still remain in the hospital.