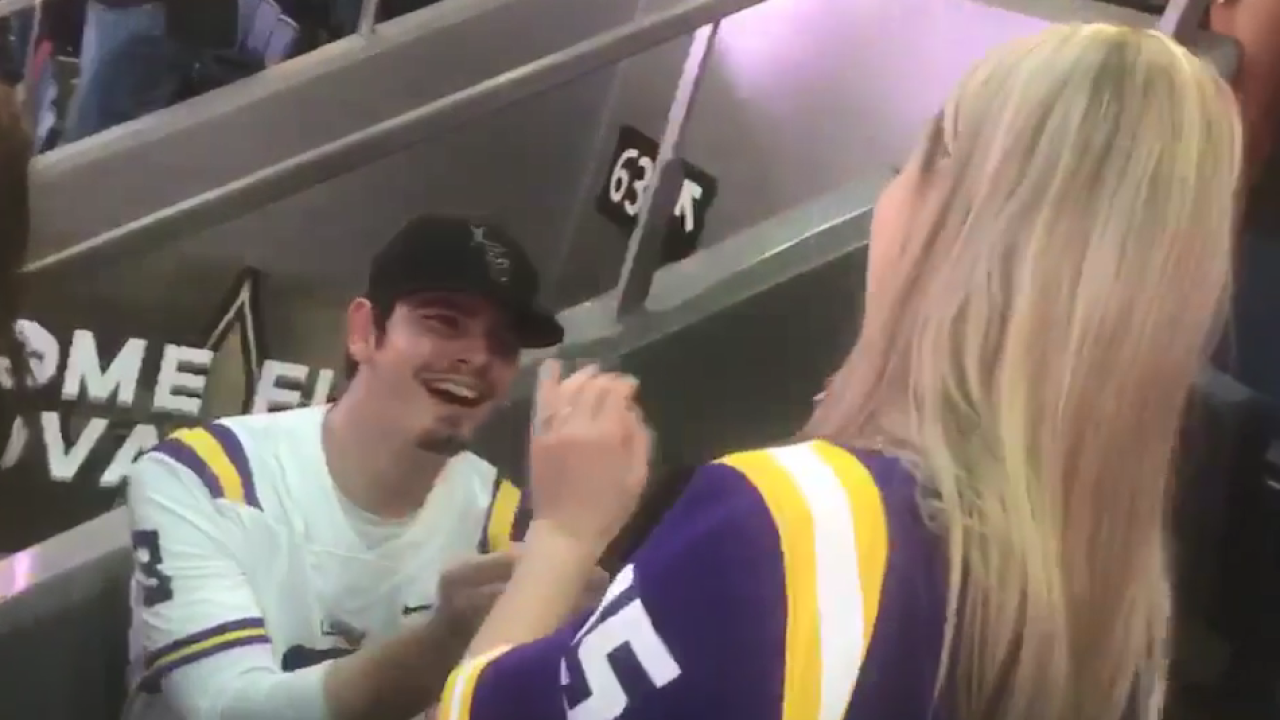 NEW ORLEANS — An Opelousas woman said "yes" to a marriage proposal from her boyfriend as the clock ran out and LSU became National Champions.

Brooklyn Pitre shared the video of the final moments of the LSU game on Monday night before her boyfriend of six years Chase Theriot got down on one knee and produced a ring.

In the video, amid the thunder of cheers and fireworks, Theriot can be heard asking Pitre "Will you marry me?" After a brief moment, Pitre nods an enthusiastic "yes" and the two embrace to cheers for LSU and some for them.

Someone nearby can be heard chanting, "kiss, kiss," as the two embrace.

In an update on Tuesday, Brooklyn says she needed time to process everything Monday night but announced officially that she and Theriot were engaged.

"I'm so ready to spend the rest of my life with you," she said on Facebook. "How awesome is Chase for this proposal?"

Watch the video of the proposal below: