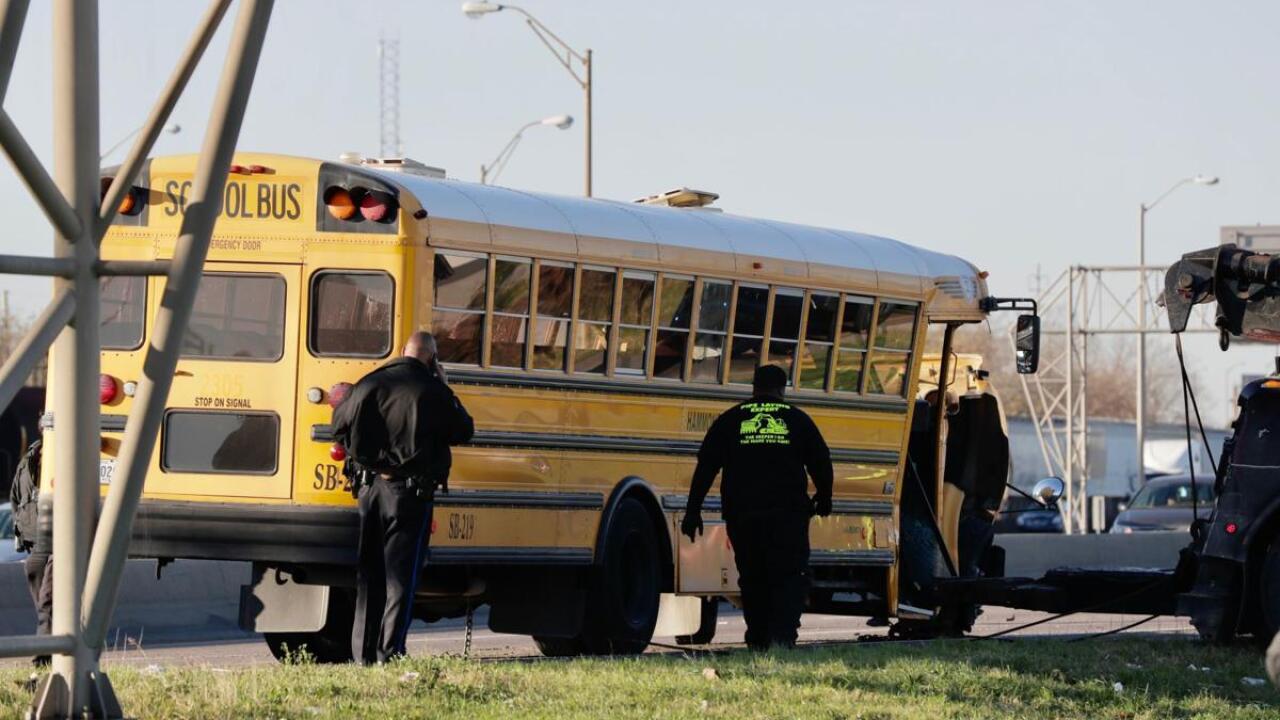 Nine students were injured Wednesday morning after a bus overturned on I-10 in New Orleans.

According to the Advocate, the bus was carrying 14 children to Singleton Charter School in New Orleans when it overturned at the bottom of the I-10 highrise.

A City spokesman says that the bus had reportedly never been inspected by the city under its new school bus safety rules and the driver, Chad Rodney, was not permitted to drive the bus.

New Orleans EMS tells The Advocate that one of the students is in serious condition.

According to former City Councilman Jim Singleton, who founded the Singleton Charter, six students were taken to University Medical Center and another three were taken to Children's Hospital. Six others were picked up by their parents.

The crash happened around 7:00 am and temporarily closed the roadway. I-10 West has now reopened.

There was no information on what caused the crash.

Read more from The Advocate