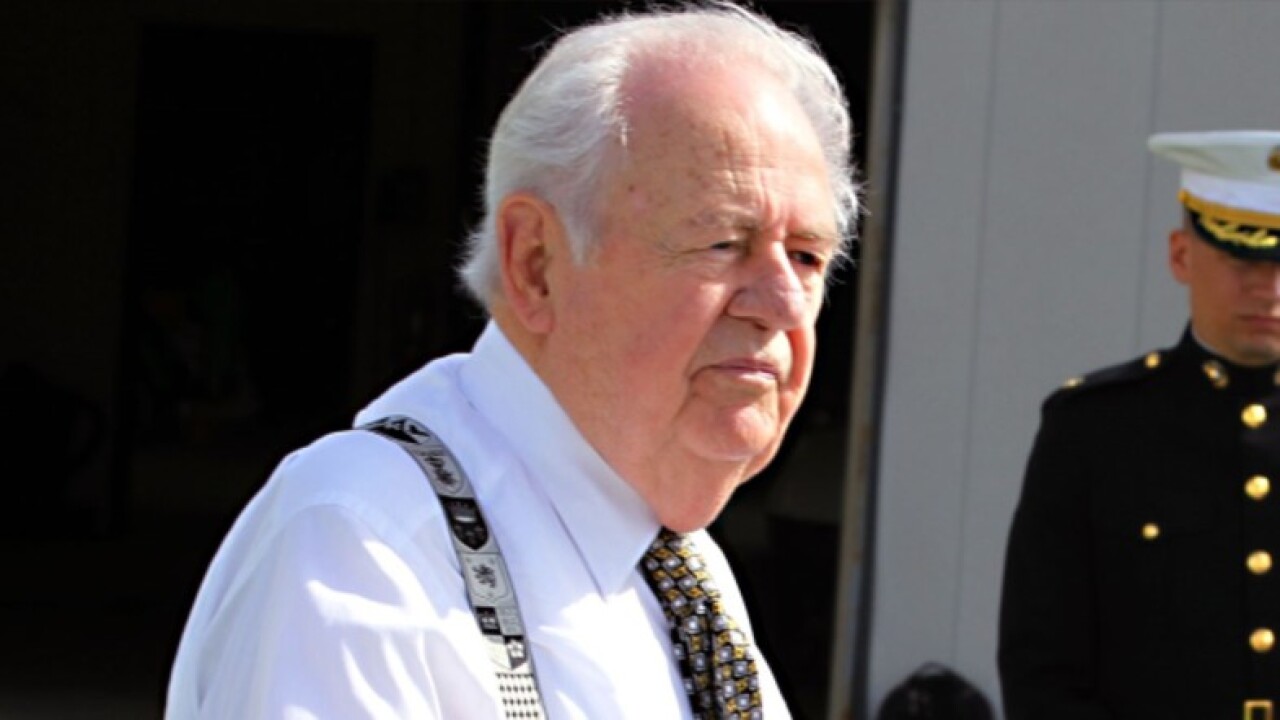 News outlets including The Associated Press headed to court Wednesday seeking to unseal court records involving the mental competency of billionaire Tom Benson when he rewrote his will to give his third wife ownership of the New Orleans Saints and Pelicans sports franchises.

Public interest in the 2015 case has been heightened, the news organizations argued, by revelations this year that Saints executives engaged in a behind-the-scenes public relations campaign to help the Archdiocese of New Orleans contain the fallout from a clergy abuse crisis.

"Legitimate questions are being raised about the connection between the team and the local Roman Catholic Church," attorneys for the news organizations wrote in a court filing.
Attorneys for Benson oppose the request to unseal the proceedings, contending Benson's privacy concerns continue even after his 2018 death.

Orleans Parish Civil District Judge Kern Reese was expected to hear arguments Wednesday on whether the AP, CNN, The Washington Post and The Wall Street Journal have the right to be heard in the matter.

Reese closed his courtroom throughout the 2015 trial, known in Louisiana as an interdiction, saying secrecy was needed to protect Benson's medical privacy rights and confidential information about the business operations of the NFL and NBA clubs.

The case involved explosive claims brought by Benson's heirs that the billionaire's third wife, Gayle, manipulated Benson into rewriting his will and isolated him from his friends and family.
Reese dismissed the lawsuit following eight days of testimony, ruling Benson was mentally sound when he ousted his estranged daughter and grandchildren from ownership positions with his teams.

The Saints acknowledged giving church leaders advice on how to handle media attention surrounding the 2018 release of a list naming more than 50 clergy members "credibly accused" of sexual abuse. The team and church leaders have opposed a request by the AP to release thousands of internal emails documenting the public relations work.

Gayle Benson testified during the 2015 interdiction proceedings, but attorneys for Benson argued the trial had "nothing to do with the Archdiocese."

But the news organizations argued that "there has been a continuing public interest in the ownership of the Saints" that increased "because of the actions of Saints personnel under Mrs. Benson's ownership in assisting the Archdiocese of New Orleans."

The privacy concerns that prompted Reese to seal the 2015 case "expired with Mr. Benson's death or diminished significantly," they added.