UPDATE: One missing person found, two others still unaccounted for 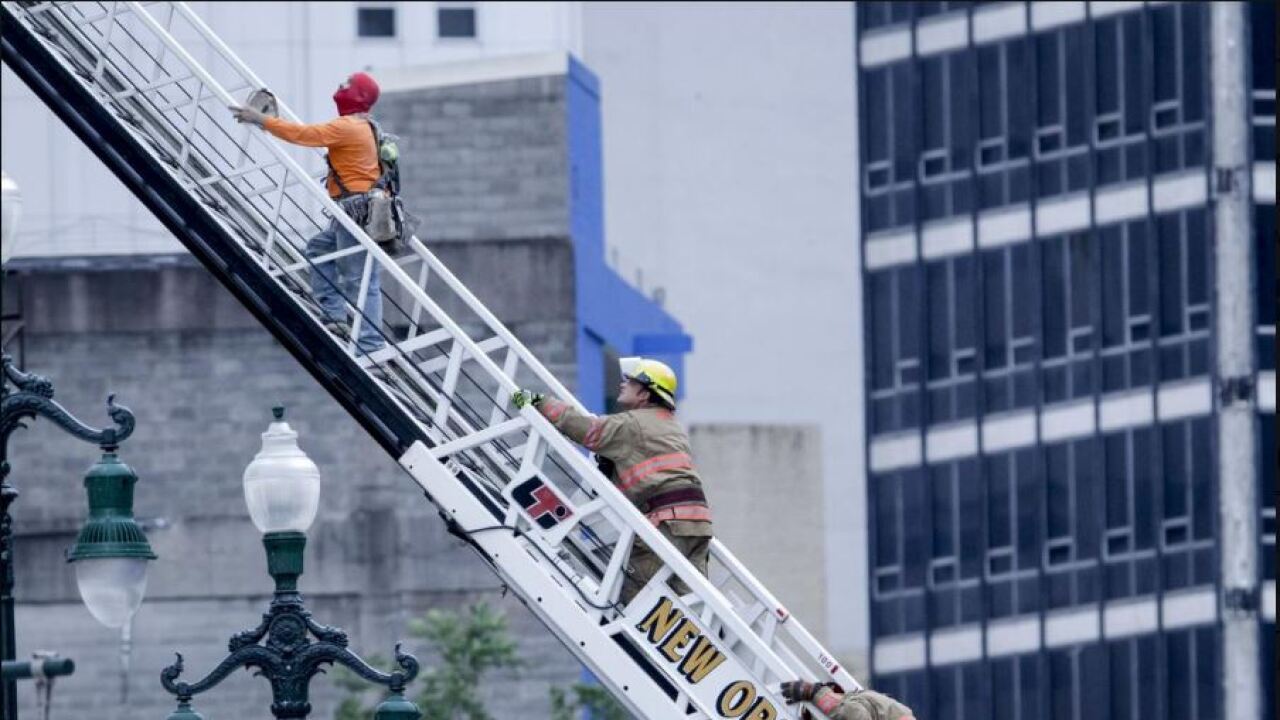 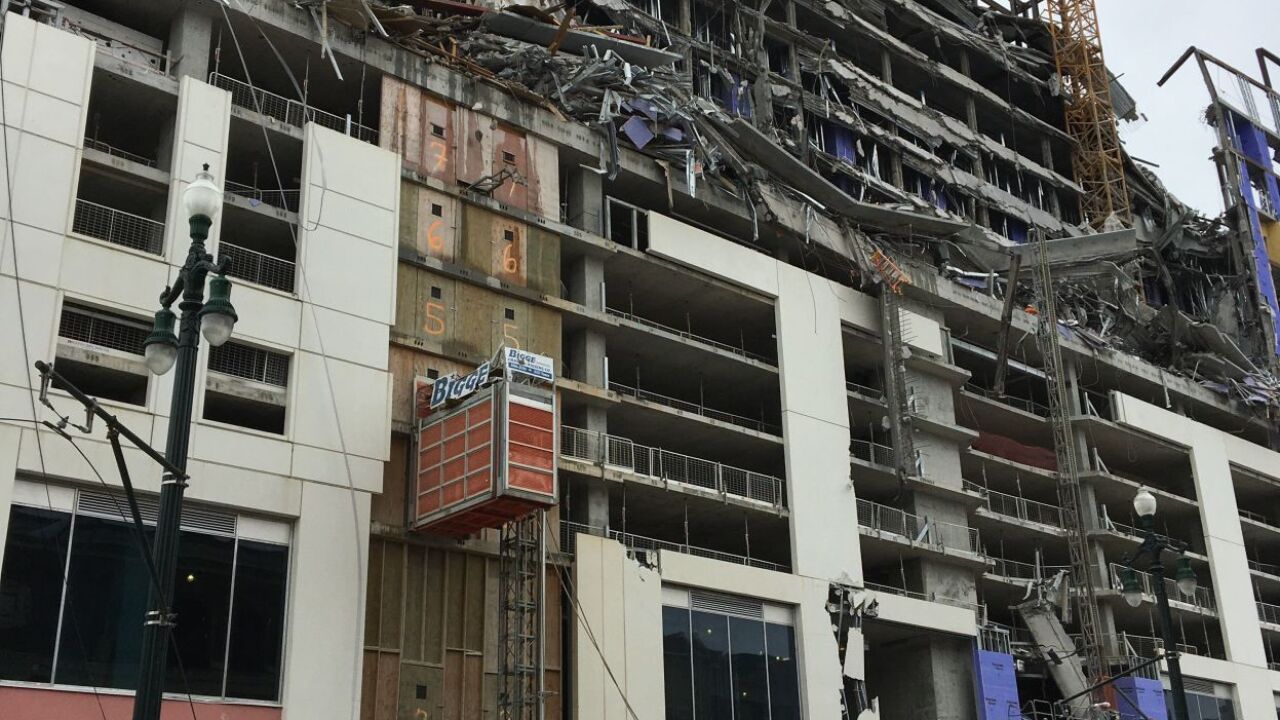 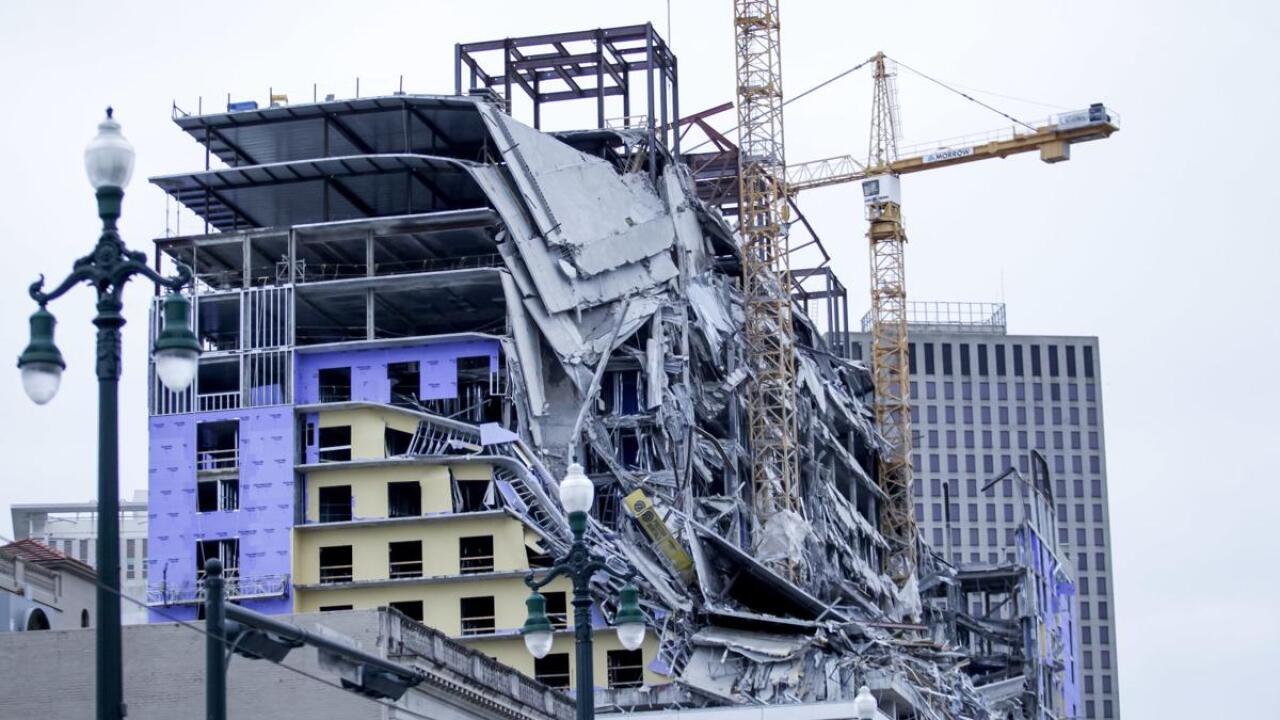 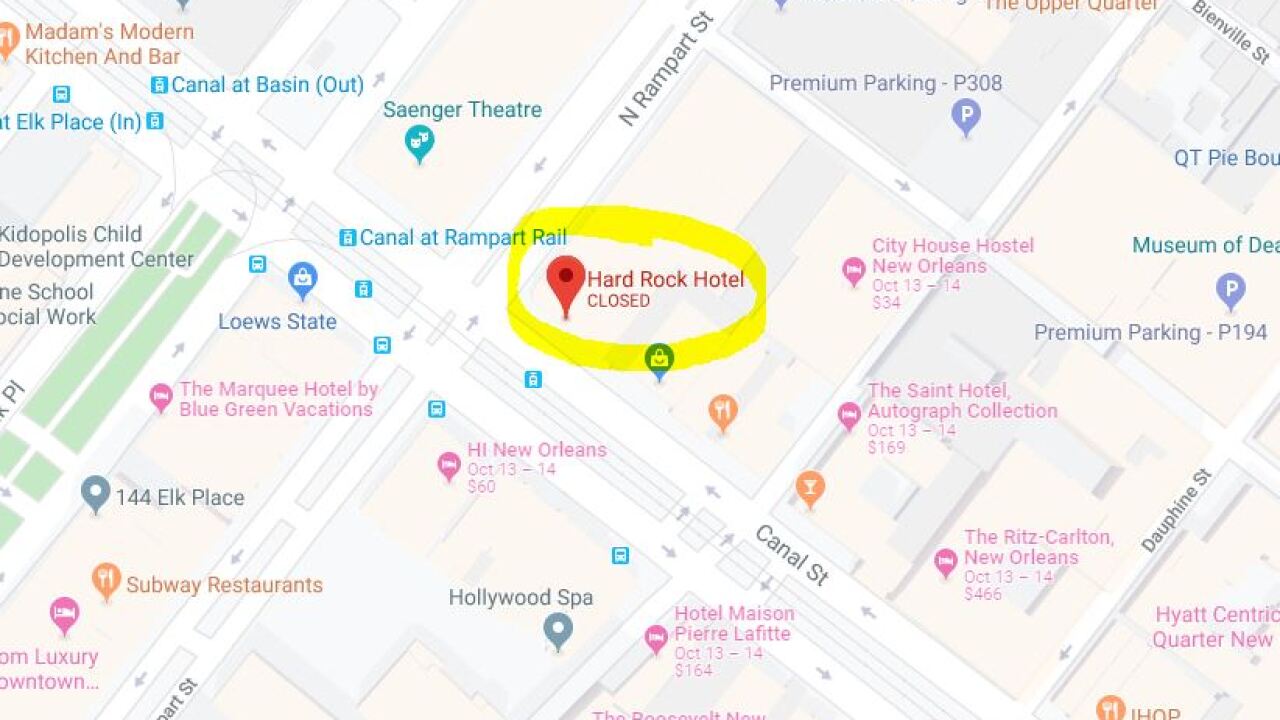 City officials held a press conference this afternoon to update on the Hard Rock Hotel collapse in New Orleans that happened earlier this morning.

McConnell said that at this time, "we have no signs" of the two still missing. Search and rescue crews are preparing to enter the building to search for them.

McConnell also confirmed that the one person who was killed was "someone working in the building."

Emily Nichols, a doctor with NOLA EMS, said that some of the people who went to the hospital have been discharged, and they are working closely with the family of the person killed to provide support.

Officials reiterated that citizens should stay away from the scene, stating "there is a very strong possibility of further collapse of this crane."

Watch the full press conference below courtesy of nola.com:

It has been confirmed by New Orleans Fire officials that there has been one fatality in this morning's collapse. There are three people confirmed missing. City officials say 18 people were transported to local hospitals and one refused treatment.

Gov. John Bel Edwards is on the scene in New Orleans and held a press conference earlier this morning where the fire chief confirmed the fatality.

New Orleans Fire Department Superintendent Tim McConnell said in the press conference a that the upper six to eight floors of the building collapsed and that it remains "very unstable." City officials said in a statement that the structure is "considered stable but is unsupported."

Officials are asking residents to stay away from the scene.

The @NOLAFireDept is evacuating buildings in the red zone bounded by the Uptown side of Bienville, River side of Basin, Downtown Side of Canal and Lake side of Burgundy. If you are in this area, evacuate now and listen to public safety officials! Orange area closed to traffic. ⚠️ pic.twitter.com/kFEreeuGOv

According to nola.com, a rescue mission is currently underway at the hotel and an urban search and rescue team are sweeping the building for the three missing workers "despite fear of an additional crane collapse."

A rescue mission is happening at the collapsed Hard Rock Hotel New Orleans, and officials are evacuating buildings.

An urban search-and-rescue team is sweeping the building for three missing workers despite fear of an additional crane collapse.

All performances of the national tour of WICKED at the nearby Saenger Theatre have been cancelled due to the emergency, theatre officials tweeted.

NEW ORLEANS (AP) — A large portion of a hotel under construction in New Orleans has suddenly collapsed.

News outlets report several construction workers had to run to safety Saturday as the Hard Rock Hotel, which has been under construction for the last several months, came crashing down.

It was not immediately clear what caused the collapse or if anyone was injured.

Upper floors began to fall on top of each other before one side of the building fell to the ground below.

WWL-TV aired and tweeted a viewer’s dramatic video of the collapse.

The hotel was scheduled to open in the spring.

WGNO had more live video from the scene:

New Orleans EMS told nola.com that three people were taken to the hospital "in unknown condition," and that more patients are possible.

Acadian Ambulance posted on Facebook that they assisted with aid on scene this morning. They responded with 12 units and transported 13 patients. 2 units remain on standby.

The hotel is located at the corner of Canal and North Rampart Streets.