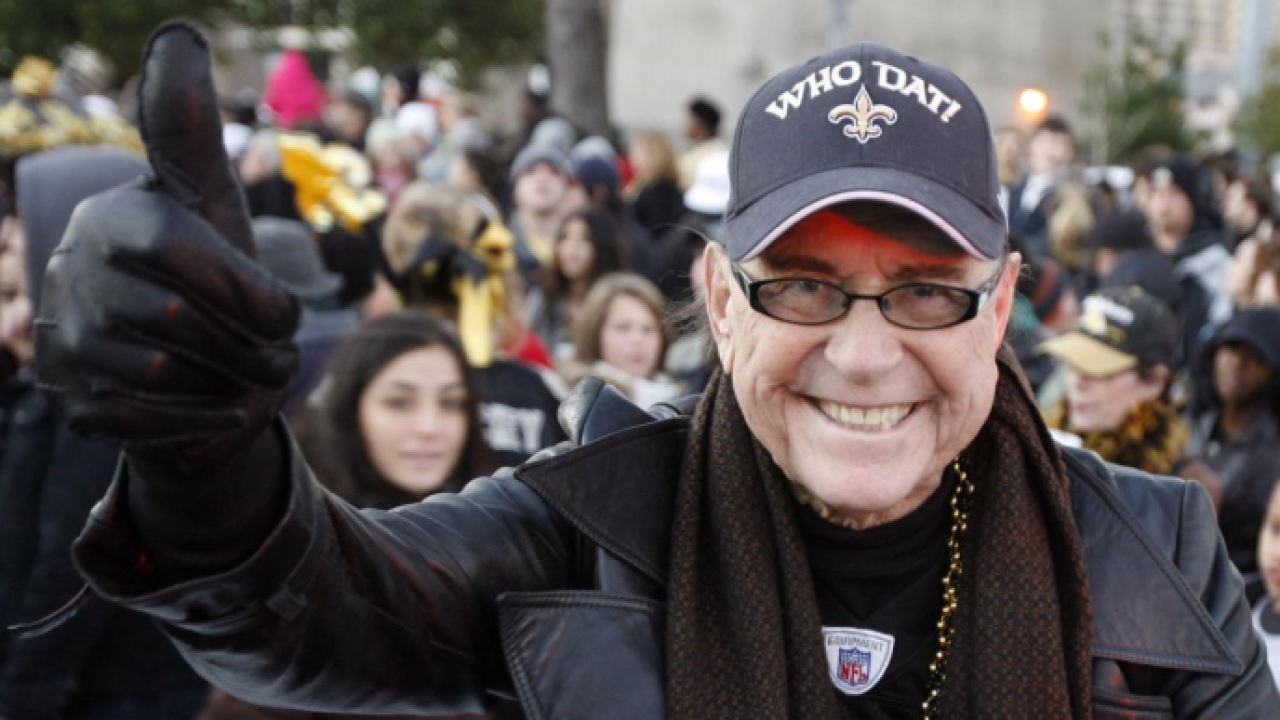 Courtesy of The Advocate/Times Picayune

Blaine Kern Sr., the flamboyant New Orleans float builder and visionary who, as "Mr. Mardi Gras," propelled the modernization and expansion of Carnival, died Thursday, his wife tells our media partners at The Advocate/Times Picayune.

Kern ushered in the era of the super-krewes and pioneered such parade razzle-dazzle as giant props, double-decker and multi-unit floats, splashy lighting and on-board animatronics, the newspapers report.

"Blaine Kern was a legend, and an iconic part of what makes New Orleans magical. What Mardi Gras is today, what our City is today, owes much to him and his imagination, his larger-than-life personality, and his relentless creativity. Generations of residents and visitors have been touched by the magic of 'Mr. Mardi Gras.' Impossible to overstate his contribution to our Carnival, to our culture, and to our City. He did it his own way, until the very end — and our City is better, bigger, and more beautiful for his efforts. May he rest in God’s perfect peace."

Blaine Kern Sr. pioneered modern-Carnival through Kern Studios and then Blaine Kern Artists, credited for such innovations as the double-decker and multi unit floats, on-board animatronics and more to match the size of the contemporary "super-krewes." His founding of the attraction Mardi Gras World, and Kern Studios' creation of designs for theme parks, festivals and parades across the planet, helped connect New Orleans' culture to the rest of the world. His tradition lives on through his family, which includes Barry Kern, the president and CEO of Kern Studios and Mardi Gras World.