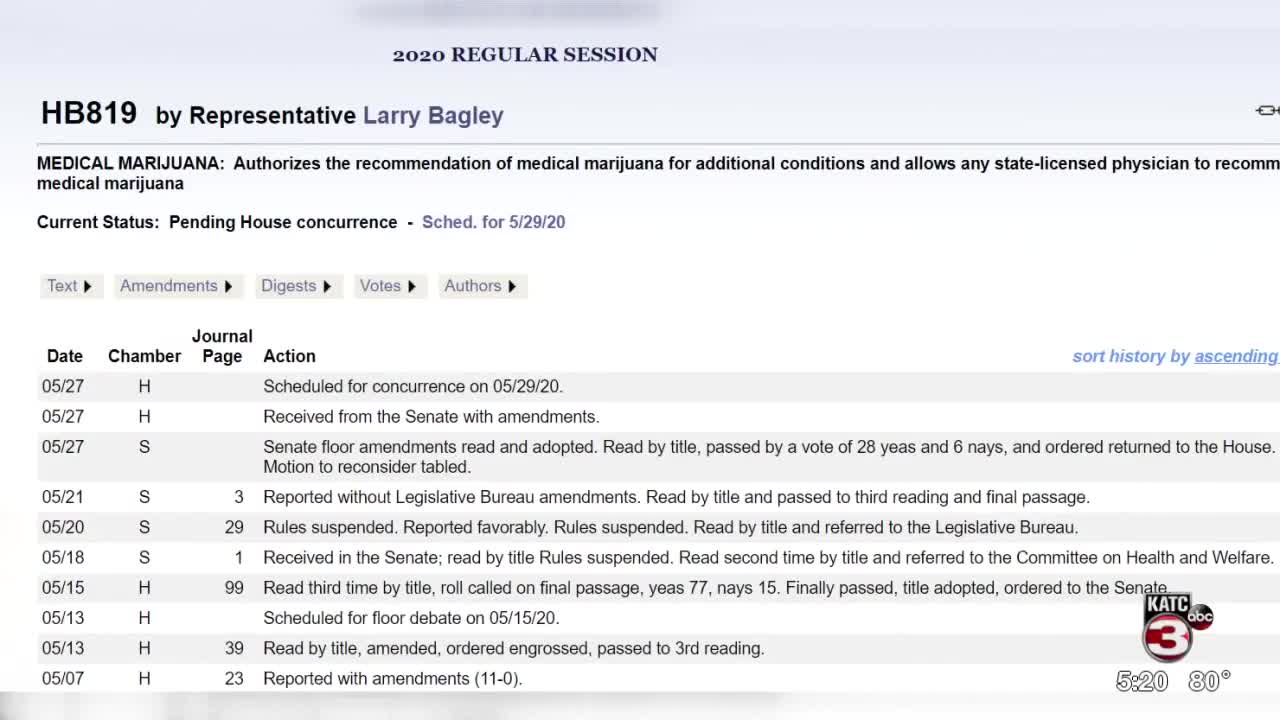 BATON ROUGE, La. (AP) — Louisiana lawmakers are one step from removing most restrictions on which medical conditions are eligible for medical marijuana, allowing doctors to recommend the treatment for any patient they believe it would help.

The Senate voted 28-6 Wednesday for the expansion proposal from Rep. Larry Bagley of Stonewall, the Republican chairman of the House health committee. One final vote is required from the House, which overwhelmingly backed the measure earlier this month, before the bill can reach the governor’s desk.

Under a 2015 law and additional changes passed since then, Louisiana allows cannabis to treat a long list of diseases and disorders, such as cancer, seizure disorders, epilepsy, glaucoma, post-traumatic stress disorder and Parkinson’s disease.

Bagley’s legislation would authorize therapeutic cannabis for any condition that a doctor “considers debilitating to an individual patient” — rather than requiring a person to have a specified condition.

He described Bagley’s expansion proposal as “just a natural progression of a process that has been working.”

Senate GOP leader Sharon Hewitt, of Slidell, opposed the legislation as too expansive.

“It feels like we don’t have the same medical control,” she said.

In addition to expanding accessibility to patients, the bill also would loosen medical marijuana restrictions on doctors. Doctors would no longer need to register with and receive authorization from the Louisiana State Board of Medical Examiners to recommend cannabis for patients.

Louisiana is one of more than 30 other states that allow medical marijuana in some form.

Marijuana can be available in oils, pills, liquids, topical applications and in an inhaler, such as that used by asthma patients — but not in a smokeable form. LSU’s grower currently offers cannabis only in a flavored liquid tincture, a bottle containing a dropper to use, but the company is expected to expand that to also include dissolving strips taken by mouth.

The Senate added language to Bagley’s bill, which must be reviewed by the House, that requires anyone dispensing medical marijuana to participate in the state’s prescription monitoring program.