LSU fans invited to grab a grassy gift ahead of championship 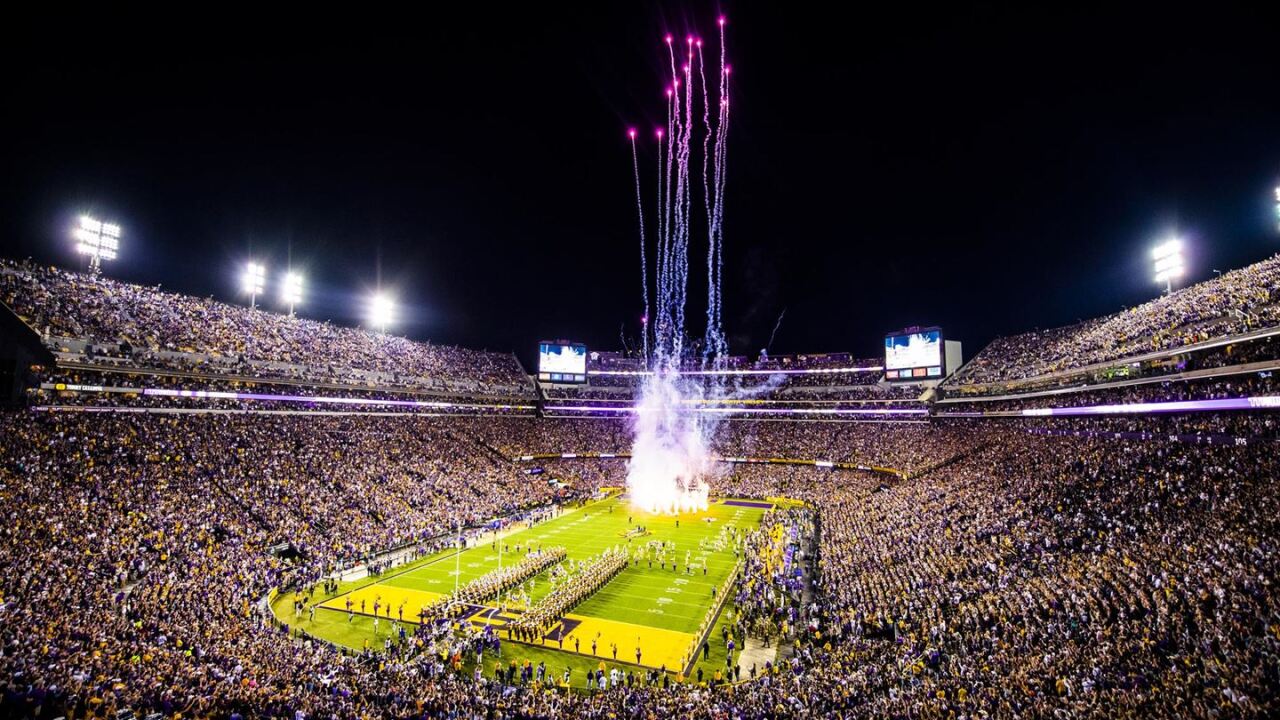 BATON ROUGE, La. (AP) - Louisiana State University fans will have a chance to take home an unusual souvenir as the football team heads to the SEC championship -- free slabs of Tiger Stadium sod.

LSU Athletics announced that fans can claim their grassy gifts on Monday at the bullpen lot at Alex Box Stadium in Baton Rouge.

LSU's 50-7 rout of Texas A&M on Saturday puts the undefeated Tigers up against The University of Georgia's Bulldogs in the SEC championship game in Atlanta.

On Twitter, the university invited fans to "grab a piece of history" by picking up some of the field. The sod is being removed as LSU works to improve drainage at the stadium.

Grab a piece of history

Free slabs of sod from Tiger Stadium will be available late Monday afternoon at the bullpen lot at Alex Box Stadium.
🔗https://t.co/EN1mdoT53F pic.twitter.com/BxBd0yyxdd