'Love, Respect, and Accept ALL' Drew Brees responds to backlash over Focus on the Family video 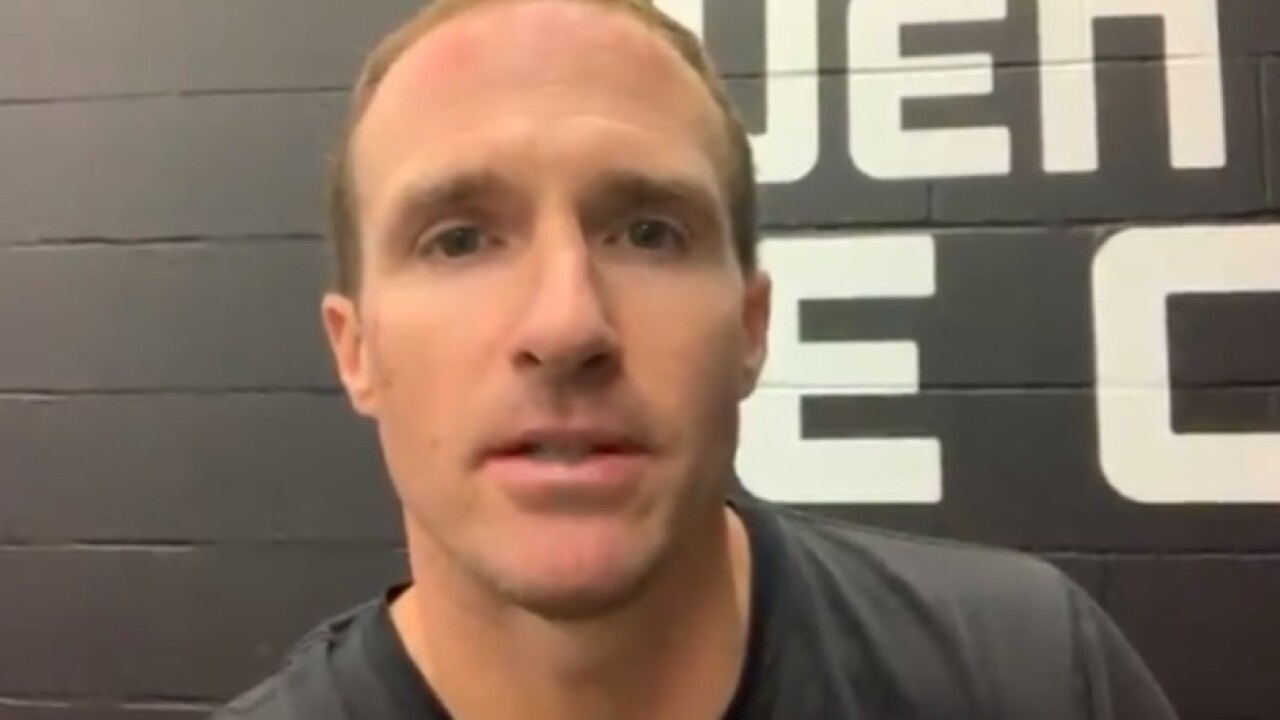 Saints quarterback Drew Brees posted a response to backlash suggesting he supported a group with a history of anti-LGBTQ practices.

According to WBRZ, Brees spoke with reporters Thursday who asked if he was aware of Focus on the Family's past when he filmed a video for the group promoting 'Take Your Bible to School Day.'

Brees faced criticism after articles highlighted the Christian organization's history of opposition to LGBTQ lifestyles, which included the promotion of conversion therapy.

In a response, Brees hoped to set the record straight, saying that he does not support any groups that discriminate.

Brees' response can be watched below:

Hopefully this sets the record straight with who I am and what I stand for. Love, Respect, and Accept ALL. I encourage you not to believe the negativity you read that says differently. It's simply not true. Have a great day. pic.twitter.com/4RdTahE7EZ